The gay Conservative MP will occupy the role alongside Kemi Badenoch and Liz Truss, both of whom have faced criticism from LGBTQ groups.

Mike Freer, a gay Conservative MP, has been appointed Minister for Equalities as a late addition to the Prime Minister’s cabinet reshuffle, as announced 21 September. This position is in addition to Freer’s role in the Department of International Trade, and will mean that he will be working alongside fellow equalities ministers Kemi Badenoch and Liz Truss, both of whom have caused controversy regarding LGBTQ issues.

Freer has been a vocal advocate for LGBTQ rights throughout his career and was previously chair of the Conservative Party’s internal LGBT+ advisory group, and chair of the All-Party Parliamentary Group on HIV. He has campaigned for PrEP, the HIV prevention medication, to be made freely available on the NHS, in 2016 calling on NHS England to make decisions regarding the drug “based on clinical effectiveness — not prejudice over life choices”. PrEP isnow freely available through the NHS in England.

He has also successfully campaigned for HPV vaccines to be given to boys as well as girls in secondary schools, and has campaigned for a long time against conversion therapy – something the government still has yet to ban, although it wasannounced earlier this year that a public consultation concerning the matter would be conducted.

The All-Party Parliamentary Group on Global LGBT+ Rights, chaired by Crispin Blunt MP, tweeted their support for Freer, saying: “Mike has always been a champion of LGBT+ people and we look forward to working closely with him in government”.

Freer’s appointment to this role has been announced days after Kemi Badenoch faced controversy for leaked audio that featured hermaking disparaging comments about the LGBTQ community. The clip, obtained by VICE World News, captured Badenoch mocking LGBTQ rights and misgendering trans people. Badenoch has come under fire for her actions before, includingmeeting with transphobic group LGB Alliance, and most recently claiming tonot “care about colonialism”. Badenoch will remain in her role of equalities minister, working with Freer.

Minister for Women and Equalities, Liz Truss, will also be working alongside Freer. Truss has alsofaced criticism for her work regarding LGBTQ issues and oversaw the Equality Office’s decision todrop gender self-identification plans for trans individuals. 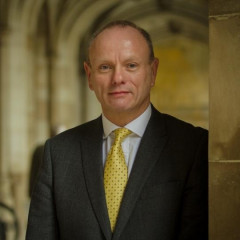 The gay Conservative MP will occupy the role alongside Kemi Badenoch and Liz Truss, both of whom have faced criticism from LGBTQ groups.