In one of its largest acquisitions, the streaming giant has purchased the Roald Dahl Story Company, responsible for iconic films like Willy Wonka and the Chocolate Factory.

Netflix now has full power over any media based on renowned children’s author Roald Dahl’s estate, after reaching a deal with the Roald Dahl Story Company, which up until now has been run by Dahl’s grandson, Luke Kelly.

The public reveal came in the form of a social media post by Netflix’s twitter account. The announcement was accompanied by a short video, featuring an unwrapped chocolate bar  shown to contain a Charlie and the Chocolate Factory inspired golden ticket with the words “there is no knowing what we shall see'' etched on to it – a reference to the tickets textual origin.

The streaming company has previously held deals with the managers of Dahl’s estate; in 2018 they reached an agreement that allowed them to adapt his work into animated shows. Since then, Taika Waititi has been directing a series based in the world of Charlie and the Chocolate Factory. There is also talk of a serialisation based on Matilda the Musical.

It seems the 2018 deals paved the way for the recent acquisition, with Luke Kelly stating that: “these projects opened our eyes to a much more ambitious venture.”

This new deal marks a far greater level of control that Netflix has over modern adaptations of Dahl’s work. The streaming company now has the ability to handle the licensing of all video-game, film, tv-show, publications and literary media based on any of the author’s creative properties.

The valuation of the Roald Dahl Story Company, along with the price Netflix paid to acquire them and their properties, are as of yet undisclosed, but many speculate that it is amongst the biggest deals Netflix has made in its 24-year history.

In a joint statement from the two companies, Luke Kelly and Netflix CEO Ted Sarandos said they looked forward to “joining forces to bring some of the world's most loved stories to current and future fans in creative new ways.”

Roald Dahl’s legacy, despite his reputation as a beloved children’s author, is marred by a series of vicious antisemitic remarks. Dahl refused to apologise for these statements whilst alive and the owners of his estate after his death took thirty years to condemn the quotes.

Despite this public disquiet with the author and his views, creative control over his work is a significant get for Netflix. Dahl’s books have sold over 300 million copies and been translated into 63 languages, a testament to their international appeal. There have already been many adaptations of his work. The BFG, Matilda, Fantastic Mr Fox and Witches have all spawned multiple forms of new media since the author’s death in 1990. 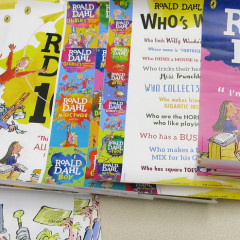 In one of its largest acquisitions, the streaming giant has purchased the Roald Dahl Story Company, responsible for iconic films like Willy Wonka and the Chocolate Factory.