The party are also calling for all indigenous area names to be changed to their original te reo Māori names.

The Māori Party have launched a new petition to change the name of New Zealand to Aotearoa, the original te reo Māori language name for the country. Te Pāti Māori leaders Rawiri Waitit and Debbie Ngarewa made a statement for the petition, saying: “It’s well past time that Te Reo Māori was restored to its rightful place as the first and official language of this country, we are a Polynesian country – we are Aotearoa,” Waititi said, adding, “New Zealand is a Dutch name. Even the Dutch have changed their name – from Holland to the Netherlands, for Christ’s sakes!”

The petition is joined by a call for the New Zealand government to “restore the original Te Reo Māori names for all towns, cities and places right across the country”, hoping to complete the process by 2026. The petition reads: “Tangata whenua are sick to death of our ancestral names being mangled, bastardised, and ignored. It’s the 21st century, this must change.”

Te Pāti Māori said that the “imposition of a colonial agenda in the education system” has caused the indegenous Māori to lose their ancestral language across the country, stating that fluency had dropped from 90% to 20% over the past 90 years. They said, “It is the duty of the Crown to do all that it can to restore the status of our language. That means it needs to be accessible in the most obvious of places; on our televisions, on our radio stations, on road signs, maps and official advertising, and in our education system.”

Though a shift has yet to become official, New Zealanders seem to already actively use the name Aotearoa with New Zealand interchangeably, including politicians, companies across the country and state officials.

Last year, New Zealand’s prime minister, Jacinda Ardern stated that a name change was “not something we’ve explored”, she added: “I hear more and more often the use of Aotearoa interchangeably with New Zealand and that is a positive thing, whether or not we change it in law doesnt change the fact New Zealanders do increasingly refer to Aotearoa, and I think that’s a transition that has been welcomed.”

The launch of the petition marks 49 years since the Māori language petition was delivered to parliament, this led to Māori becoming an official language. In the first three hours of the petition going online, it had already been signed by 3,000 participants. 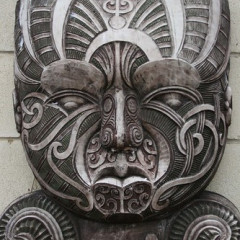 The party are also calling for all indigenous area names to be changed to their original te reo Māori names.