With over 250 feature films and 21 premiere screenings, the BF Film FestivalI is set to make a return this October, and marks the 65th festival since its inception back in 1953.

Taking place in and out of London from 6 - 17 October, with the Royal Festival Hall and BFI Southbank acting as the main hub, the festival will bring in stars from all over the world and feature some of the most accolade-infused directors in recent years.

The line-up includes titles such as Wes Anderson’s new comedy-drama The French Dispatch and Maggie Gyllenhaal's directorial debut The Lost Daughter, based on the book of the same name by Elena Ferrante and starring Olivia Coleman.

This year features a higher percentage of female and non-binary directors than any of the previous iterations of the festival, although it is only a 1% increase from 2018’s event. BFI’s festival director Tricia Tuttle believes that this is not a sign of stagnation:

“I do think the industry is moving in the right direction. I love the fact this year that we have more female film-makers in the gala and special presentations here than we ever have done. I think what that says is that more is being invested in female film-makers to tell big stories that will play alongside any other film in the world.”

With regards to the festival as a whole, Tuttle stresses the importance of conducting the event after the gap incurred by covid restrictions, stating “After this last 18 months so many of us are eager for opportunities to connect around shared cultural events and we’re looking forward to bringing people together over the 12 days of the LFF to view this truly exceptional programme of film, series and immersive art.”

The festival will begin with a Q&A in the Screen Talks section. Actors, directors and creators will answer general questions from the audience and reveal more about the films they are bringing to the event.

For those unable to attend, the BFI player functions as a paid streaming service with a free to use section that allows movie-fans access to six short films over the course of the festival, including features like Your UK or Mine?, a showcase of new British filmmakers creating work around various marginalised communities.

More information on the festival can be found here. 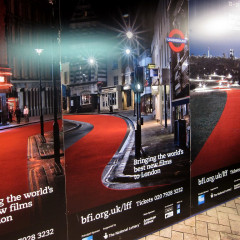 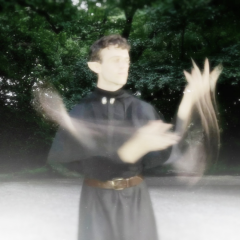