The change was announced in a blog post by Product Manager Drew Kirchhoff, and will be made available for all users of the video sharing app over ‘the coming weeks’.

TikTok has announced that it will increase the maximum length of videos on the video sharing app from one minute to three minutes. The change was announced in a blog post written by TikTok Product Manager, Drew Kirchhoff.

Kirchhoff noted that the increase in video length will allow users to ‘captivate the community with their creative expression’. Though the update has not yet been rolled out to all users of the app, TikTok will provide the option to create longer form content ‘over the coming weeks’.

As reported by The Verge, TikTok has been experimenting with allowing creators to generate longer form content since December 2020, though such videos were often restricted to larger TikTok accounts, and in select categories, such as cooking videos. The move has now been made official with Kirchhoff’s blog post.

According to the post, the move to increase this cap to 3 minutes has come due to creators wanting ‘just a little more time’ to showcase their videos, which include subjects such as cooking recipes, comedic sketches, makeup and beauty tutorials, among many others.

Since launching in international markets in 2017, TikTok has differentiated itself from other video sharing platforms by focusing on bite sized content in the form of 60 second videos. 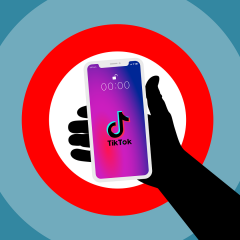 The change was announced in a blog post by Product Manager Drew Kirchhoff, and will be made available for all users of the video sharing app over ‘the coming weeks’.