The mobile network operator becomes the first in the UK to reintroduce roaming charges for those travelling to European destinations since the agreement of a trade deal between the UK and EU in December 2020.

From 2022, EE will begin to charge new UK customers a daily fee to use their mobile phone in Europe.

The change will affect those who join or upgrade their phone on the mobile network operator from 7 July 2021, and will see customers charged £2 per day to use their contract allowance in 47 European areas from January 2022. However, UK customers will not be charged extra for using their phones in the Republic of Ireland.

EE had previously stated that it did not plan to reintroduce roaming charges for customers travelling in Europe, but becomes the first UK operator to do so since an EU trade deal was signed in December 2020.

EE has since said that the charges would ‘support investment into our UK based customer service and leading UK network’. Those who travel to the included 47 European countries will also be able to purchase 30-day passes to use their home tariff abroad for £10.

The UK’s trade deal with the EU states that mobile network operators will be encouraged to maintain ‘transparent and reasonable rates’ for roaming, but did not ban the introduction of roaming charges outright.

Roaming charges have been restricted for mobile network operators in EU countries since 2017, meaning that networks are unable to charge extra for customers using their phones in other EU territories.

The UK government’s guidelines for travelling in the EU state that travellers should check with their ‘phone operator to find out about any roaming charges you might get from 1 January 2021’.

You can find out more information about EE’s reintroduction of roaming charges here. 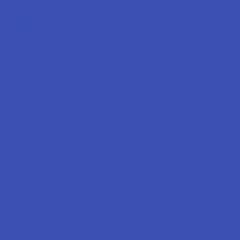 EE to reintroduce roaming charges in EU from January 2022

The mobile network operator becomes the first in the UK to reintroduce roaming charges for those travelling to European destinations since the agreement of a trade deal between the UK and EU in December 2020.