Jennifer Nansubuga Makumbi and Patrice Lawrence won big at the 2021 Jhalak Prize Awards for their respective titles, The First Woman and Eight Pieces of Silva. Both authors received £1,000 and a unique commissioned trophy.

Short story writer and novelist, Jennifer Nansubuga Makumbi, and young adult writer, Patrice Lawrence, won at the 2021 Jhalak Prize awards. Makumbi received the Jhalak Prize for Book of the Year by a Writer of Colour for her novel The First Woman, and Lawrence won the inaugural Jhalak Children’s and Young Adult Prize for her title Eight Pieces of Silva.

The awards were held over a virtual ceremony on 25 May in partnership with the British Library. The shortlisted titles for both awards were introduced by 12 Jhalak Prize Bookshop Champions before the winners were announced. Both authors were awarded a £1,000 prize in addition to receiving a unique commissioned trophy created by artists Amber Khokhar and Ruthine Burton.

Jennifer Nansubuga Makumbi, recipient of the Jhalak Prize for Book of the Year, said: ‘Winning the Jhalak Prize, which recognises the best work by writers of colour in Britain, is a marvellous stamp of approval. I am grateful to the judges, to the team at Oneworld, but most of all, to Sunny Singh, Nikesh Shukla and Media Diversified for creating this award’.

Patrice Lawrence, the first winner of the Jhalak Children’s and Young Adult Prize, commented: ‘I am so surprised, joyful and downright grateful that Eight Pieces of Silva has been awarded the inaugural Jhalak Children’s and Young Adult Prize amongst such wonderful competition. I can’t stop smiling knowing that a book starring a Black, working class, proudly out lesbian (and K-Pop fan) connects with so many people’.

Jhalak Prize Director, Sunny Singh, said: ‘The 2021 Jhalak judges have picked two books that are towering literary achievements, full of authorly courage, stylistic panache and great heart’. Singh noted that the winning titles ‘are very different books in terms of [the] readers they address, the styles they develop and themes they explore’ but ‘they both confront terrible realities, ask painful questions and experiment playfully with form, style and language. Most of all, they both find strength, compassion and resilience in places and times where these seem entirely impossible’.

The Jhalak Prize is an annual literary award for British or British-resident writers of colour and was established in 2016 by Sunny Singh and Nikesh Shukla in conjunction with Media Diversified and supported by the Author’s Club. This year, 12 independent bookshops served as Jhalak Prize Bookshop Champions, with each supporting a title on the award shortlists in commemoration of the key role bookshops serve within their communities.

For more information on the Jhalak Prize and this year’s winners, click here. 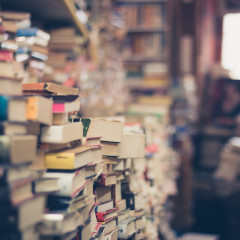 Jennifer Nansubuga Makumbi and Patrice Lawrence won big at the 2021 Jhalak Prize Awards for their respective titles, The First Woman and Eight Pieces of Silva. Both authors received £1,000 and a unique commissioned trophy.