The BBC is making hundreds of its Shakespeare programmes available free to schools, colleges and universities across the UK.

A trove of Shakespeare material, comprising hours of radio and TV productions, interviews and programmes, is to be released for primary school children to postgraduate students. The material, spanning over 70 years, includes Upstart Crow, The Hollow Crown and Russell T Davies’ production of A Midsummer Night’s Dream.

In total the combined collection will contain nearly 1,000 items, with more content added as it becomes available.

Peter Rippon, Executive Editor of BBC Archive says: “The BBC’s Shakespeare collection offers a fabulous insight into how interpretations and performances have evolved. It also gives us a glimpse of early performances by some of today’s most famous actors.

“The demand for audio and video content in education is growing sharply and this partnership with the ERA [Educational Recording Agency] is a brilliant way for the BBC to open its precious archive in new ways.’’

Other highlights in the collection include:

The aim of sharing the Shakespeare collection with such a vast array of students is to promote education and learning. Helen Foulkes, Head of BBC Education stressed how great an opportunity this is for teachers and students alike by saying “In offering teachers the chance to view some of our greatest actors bring Shakespeare to life in the classroom, this partnership will provide an ideal complement to the extensive Shakespeare study resources we provide online.”

From the vast quantity of material on offer to the quality of the performances, this should be another way to ignite the love of Shakespeare in younger generations across the UK. 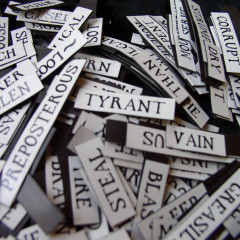 The BBC is making hundreds of its Shakespeare programmes available free to schools, colleges and universities across the UK.