The letter, signed by musicians such as Chris Martin, Noel Gallagher, Kate Bush and others, calls on Boris Johnson to enforce changes in music streaming to ‘ensure the lawful and fair treatment of music makers’.

An open letter signed by 156 musicians, including Paul McCartney and Chris Martin, has been sent to Boris Johnson, calling on the UK Prime Minister to impose alterations to the economic model of music streaming. This comes in the aftermath of a government inquiry into the economics of music streaming that concluded in March 2021.

The letter focuses on a suggested change to the wording of the 1988 Copyright Act. The change would see streaming royalties echo those paid in radio, while taking into account the difference between the mediums. According to signatories, this would lead to streaming companies recompensing artists via a rights collection company, as is already the case for music that is played on the radio. The letter also claims that a UK regulator is needed to ‘ensure the lawful and fair treatment of music makers’.

The letter is supported by the Musician’s Union, and the union leader, Horace Turbridge, added that British law ‘hasn’t kept up with the pace of technological change’ and that consumers would be aghast ‘to learn how little artists and musicians earn from streaming when they pay their subscriptions’.

Other signatories include Noel Gallagher, Damon Albarn, Annie Lennox, Kate Bush and Gary Barlow. Tom Gray, of the #BrokenRecord campaign, which has been seeking to bring about change within the music industry since 2020, also worked on the letter to the Prime Minister.

In April 2021, Apple Music told artists they would pay a penny per song stream, which is approximately double of what Spotify pays out. In March, Spotify launched a microsite named Loud and Clear which aims to demystify the process of how artists are paid on the platform.

However, streaming services have historically opposed attempts to increase artist royalties. One notable example occurred after a 2017 US ruling that mandated an increase in the percentage of revenue paid to songwriters from 10.5% to 15.1%.

Spotify and Amazon objected against the ruling, in what was described as a ‘shameful attempt to cut their payments by nearly one-third’ by CEO David Israelite of the National Music Publishers’ Association.

You can read the letter addressed to Boris Johnson in full here. 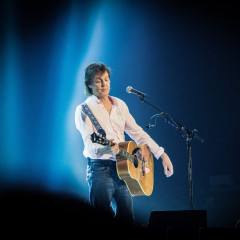 The letter, signed by musicians such as Chris Martin, Noel Gallagher, Kate Bush and others, calls on Boris Johnson to enforce changes in music streaming to ‘ensure the lawful and fair treatment of music makers’.