The beauty influencer has had their account temporarily demonetised by after admitting to sending sexually explicit messages.

Beauty influencer James Charles has had his YouTube account temporarily demonetised after he admitted to sexually explicit messages to two 16-year-old boys.

The YouTuber, who has 25 million subscribers on his channel has been temporarily removed from their Partnership Program, which allows content creators to make significant income through advertisement.

YouTube has not confirmed how long his channel will be demonetised for, but the severity of the situation will put the platform under great scrutiny at a time where regulators across the world are already taking a closer look at tech giants.

"If we see that a creator's on- and/or off-platform behaviour harms our users, community, employees or ecosystem, we may take action to protect the community," a YouTube spokesperson said, and explained how the company made this decision due to their responsibility policy.

Following James’s confession his partnership with leading beauty brand Morphe has now ‘come to an end’. According to a statement Mr Charles shared with his 7.8 million followers on Twitter, both parties "agreed to wind down" their collaboration.

This is not James Charles’s first scandal though as he has issued countless apologies in videos, been linked with controversial internet figures such as Jeffree Star, and has been caught repeatedly posting insensitive and racial tweets online. 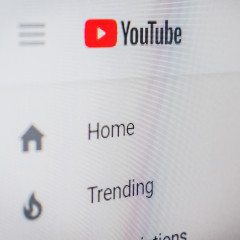 The beauty influencer has had their account temporarily demonetised by after admitting to sending sexually explicit messages.