Indie darling Hades won Best Game along with four other BAFTAs, while Sony Playstation exclusive titles picked up a host of awards as well.

The 17th BAFTA Games Awards was held online on 25 March 2021, and was hosted by Elle Osili-Wood. Supergiant Games’s Hades was the big winner of the night, picking up Best Game, along with four other accolades including Game Design and Narrative. The roguelike RPG has received critical acclaim since its release on 17 September 2020.

After receiving 13 nominations leading up to the awards ceremony, Naughty Dog’s The Last of Us Part II took home three awards, including the BAFTA for Animation as well as Performer in a Leading Role, which went to Laura Bailey for her portrayal of Abby.

In her opening speech, ceremony host Elle Osili-Wood stated that ‘In 2020, games connected us in a way that wouldn’t have been possible a decade ago’. With this remark serving as a foreshadowing of sorts, Nintendo’s Animal Crossing: New Horizons won the BAFTA for Multiplayer and Game Beyond Entertainment. The island-building title broke numerous sales records over the last year as people looked for titles to play through lockdown.

Sony will undoubtedly be happy with the accolades received by PlayStation titles at the BAFTA Games Awards. In addition to the aforementioned BAFTAs that went to The Last of Us Part II, other PlayStation exclusives such as Ghost of Tsushima, Spider-Man: Miles Morales and Sackboy: A Big Adventure also won BAFTAs across different categories. Contrastingly, there was only one Microsoft-published game that won a BAFTA at the ceremony, with Sea of Thieves receiving the award for Evolving Game.

For more information on the winners at the 2021 BAFTA Games Awards, click here.

The full list of winners at the 2021 BAFTA Games Awards:

Animation - The Last of Us Part II

Performer in a Supporting Role - Logan Cunningham as Hades, Achilles, Poseidon, Asterius, Charon and the Storyteller in Hades

EE Game of the Year - The Last of Us Part II 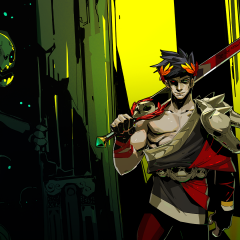 Indie darling Hades won Best Game along with four other BAFTAs, while Sony Playstation exclusive titles picked up a host of awards as well.