2020 was a notable year for obvious reasons, but also saw the release of numerous games that got us all through turbulent times. In recognition of these titles, the nominations for the 2021 BAFTA Games Awards have been announced!

The nominations for the 2021 BAFTA Games Awards have been announced, with the winners to be revealed on 25 March. After being the first major awards show to be conducted virtually in 2020, this year’s awards will once again be held online.

As one of the most critically acclaimed video games of 2020, it will come as no surprise that The Last of Us Part II features heavily in the lineup of nominations. This comes despite it having polarised audience opinions for its depictions of violence and plot twists.

Other games to have received a host of nominations include Ghost of Tsushima, which almost equalled the record set at last year’s awards with 10 nominations. The action-adventure video game has been nominated for ‘Best Game’ and ‘Multiplayer’, as well as others, in recognition of its merits.

Another title that featured heavily throughout 2020 and coincided with the numerous lockdowns around the globe was Nintendo’s life simulation game Animal Crossing: New Horizons. With its focus on island-building and the furore that surrounded the sales of turnips on different islands, Animal Crossing was a major commercial success, selling 31 million copies and becoming the 15th best-selling game in history. This success is reflected in the nominations it has received at this year’s awards, picking up mentions in a range of categories including ‘Best Game’, ‘Game Beyond Entertainment’ and ‘Game Design’.

In spite of the controversy that surrounded its release and subsequent patches, Cyberpunk 2077 has also been nominated for several categories such as ‘Artistic Achievement’ and ‘Narrative’.

The 2021 BAFTA Games Awards will be held on 25 March and you can see the full list of nominations here! 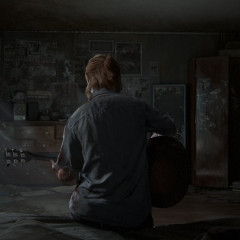 2020 was a notable year for obvious reasons, but also saw the release of numerous games that got us all through turbulent times. In recognition of these titles, the nominations for the 2021 BAFTA Games Awards have been announced!