Voice MagNewsHundreds of K-pop so…

A licensing dispute with South Korean music publisher Kakao M means hundreds of K-pop songs have been withdrawn from Spotify.

K-pop, a five billion dollar industry and global phenomenon, has suffered immensely as releases by popular acts including Epik High, Monsta X and Sistar IU have been removed from the leading streaming platform Spotify.

Spotify said the disruption was due to an existing licensing deal with one of the largest co-publisher companies in South Korea Kakao M, “come[ing] to an end”,  but the disturbance should be temporary. However, the entertainment company blamed Spotify for refusing to extend its licence.

Kakao M is a force to be reckoned with, responsible for 37.5% of the songs featured in the South Korean Top 400 Yearly Song Chart in 2020 and operates the country’s dominating streaming site MelOn, which reaches 9 million people. The power this co-production company obtains within the industry in South Korea could result in a  snowball effect, with other corporations deciding to renegotiate terms with streaming platforms within different genres, and potentially withholding their artists' music.

Trapped in the middle of negotiations are the artists, who are seeing newly released albums, fan favourites and esteemed projects get taken off the platform against their will. Additionally, fans have reported that artists are losing massive amounts of streams on Spotify due to the dispute. A fan account dedicated to SEVENTEEN’s Spotify statistics and updates said ‘the group, who are signed to Pledis Entertainment, had lost nearly 1 billion streams after their music was removed from Spotify’.

K-pop fans, are equally caught in the crossfire between the two parties, struggling to balance their position as consumers and supporters. They want the best for the artists, and are committed to Kakao’s belief in the future of K-pop elevating further, but are heavily conflicted as their beloved songs are ‘greyed out of their playlists’.

Thankfully for K-pop fans, the music remains accessible on services like Deezer and Apple Music, but until this dispute is resolved the music will not be found on Spotify. 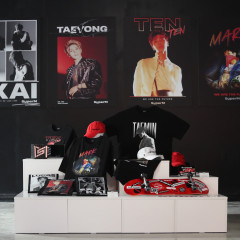 A licensing dispute with South Korean music publisher Kakao M means hundreds of K-pop songs have been withdrawn from Spotify.