At its online event, ‘Stream On’, which featured a guest appearance by Billie Eilish and FINNEAS, Spotify announced Spotify HiFi, a high-quality streaming subscription to be launched later this year. Read on to find out more!

Spotify has announced plans to introduce a high-quality streaming subscription called Spotify HiFi, with the news being announced at the streaming app’s online event, ‘Stream On’. The new service is set to go live later this year and will first be available to Spotify Premium subscribers in select global markets, promising to deliver music in a‘CD-quality, lossless audio format’.

In addition to this, the music streaming giant has stated that it will be working with the world’s leading manufacturers of speakers to ensure that Spotify HiFi will be accessible to as large a range of listeners as possible via Spotify Connect.

According to the company, high-quality music streaming has been greatly requested by its user base as a feature to be implemented, with pressure being added by rival streaming service TIDAL delivering high-fidelity streams.

While news of a new high-quality addition to Spotify’s repertoire may seem exciting to existing Premium users, salient details regarding the service have not yet been announced. Specifics about the cost of Spotify HiFi, where it will launch and when it will arrive have not been made public by the company, though these details are expected soon. The new service will be marketed as an add-on to Spotify Premium, meaning it will cost more than the existing subscription by itself, although the price will differ between markets.

As part of its ‘Stream On’ event, Spotify also announced plans to significantly increase its global reach by expanding into new markets, enabling the service to reach over a billion people worldwide. Spotify will increase its scope to 85 new worldwide markets across Europe, Asia, Africa, the Caribbean and Latin America.

As well as expanding its musical exploits, Spotify provided new information about their podcasting services, announcing a new multi-year content deal with AGBO, a film and television production company headed by the Russo Brothers. Warner Bros. and DC are also slated to release a series of narrative-scripted podcasts through the streaming service, including Batman Unburied, which features Jeffrey Wright as the caped crusader.

With a spate of new releases, a further expansion of its global market and the announcement of Spotify HiFi, the company is gearing up for a busy 2021 that will aim to provide its users with a richer listening experience. 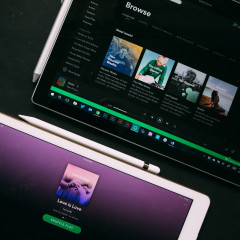 At its online event, ‘Stream On’, which featured a guest appearance by Billie Eilish and FINNEAS, Spotify announced Spotify HiFi, a high-quality streaming subscription to be launched later this year. Read on to find out more!