Survey results from The Prince’s Trust find a quarter of young people are at risk of giving up on their future and themselves.

Young people are in danger of giving up on themselves and their future, and a quarter feel unable to cope with life, one of the leading charities has said.

The results come from the long-running annual survey conducted by The Prince’s Trust, which measures young people’s happiness and confidence. The latest findings are the worst in its 12-year history.

“The pandemic has taken a devastating toll on young people’s mental health and wellbeing,” said Jonathan Townsend, the trust’s UK chief executive. “Many believe they are missing out on being young, and sadly we know that the impact of the pandemic on their employment prospects and overall wellbeing could continue far into their futures.”

The survey was conducted by YouGov, and carried out in partnership with Tesco. In it, half of the young people interviewed said that ongoing political and economic events had affected their mental health, with more than half saying they always or often felt anxious. This figure rises to 64% among those who are not in work, education or training (Neet).

More than a quarter of respondents said that they felt that they were unable to cope with life since the start of the pandemic, and this rises to 40% of Neet young people. Half of 16-25-year-olds stated a decline in their mental health since the pandemic began.

“At this critical time we need businesses, government and individuals to work with us to help as many vulnerable young people as possible,” said Townsend. “It is only by working together that we can stop this generation of young people giving up on their futures – and themselves.” 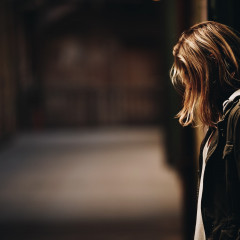 Survey results from The Prince’s Trust find a quarter of young people are at risk of giving up on their future and themselves.