24-year old actress and singer Zendaya has made history by becoming the youngest woman to win best actress in a drama series at the Emmys. The win was for her portrayal of a teenage drug addict named Rue in HBO’s Euphoria.

Speaking from her home, Zendaya gave a message of hope to young people.

Zendaya is also only the second black actress to win best actress in a drama series, following in the footsteps of Viola Davis whose performance in 2015’s How To Get Away With Murder made the breakthrough win.

The Emmys saw an increase of diversity across the board this year, with 10 out of 19 performing categories being won by black actors. Last year the total was just two. There is still a way to go though, as there were no Latinx American or disabled nominees in major categories.

The 72nd Emmy Awards were broadcast live from the empty Staples Center in Los Angeles, and hosted by Jimmy Kimmel. Nominees joined virtually, with organisers sending people in full hazmat suits to deliver the award. This led to the amusing situation where Emmys were removed from the houses of those who didn’t win, as shown below by Ramy Youssef, who was nominated for best actor in a comedy series.

What We Do in the Shadows

Sterling K. Brown, This Is Us

Christina Applegate, Dead to Me

Linda Cardellini, Dead to Me

Mark Ruffalo, I Know This Much Is True - WINNER

Octavia Spencer, Self Made: Inspired by the Life of Madam C.J. Walker

The Daily Show With Trevor Noah

The Late Show With Stephen Colbert 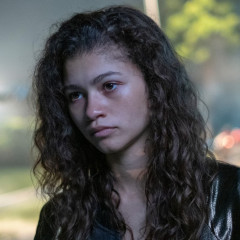