Where has the week gone! It feels like only yesterday I was sat at my desk writing to you all and already it's that time again. Luckily I love managing this section, and ensuring you all get suitably informed about the week's events. France saw the biggest road accident in three decades. Chinese President Xi Jinping visited Britain for trade agreement talks. Internet service provider has had a big data breach, and Jamie Oliver is back in the news calling for a sugar tax. And that is just the tip of the iceberg! Have an enjoyable weekend, and take pleasure/frustration in knowing it is only 61 days until Christmas. Too far away, then it's only 7 days until Halloween!

It's been a pretty monumental week for Adele. On Saturday, there was a random faceless advert of words during X Factor. The day after, the internet broke with speculation that it was Adele's secret announcement of her long-delayed and long-awaited third album. Since then it's been announced the album will drop on November 20 and will be called '25'. And now its first single and video, 'Hello' from which the X Factor snippet was taken, has been released and is making waves with 1.5 million views in half a day. The week's been a publicity masterpiece. Adele's previous two albums, '19' and '21' both sit highly in the rankings of the best-selling UK albums.

Adele's 'Hello' video can't be expected to be nearly as popular as the trailer for Star Wars: The Force Awakens which racked up a staggering 28 million views in one day. A figure which has since almost doubled. Bookies and industry analysts have probed into the possibility of J. J. Abrams' Star Wars becoming the highest-grossing film in history after breaking the record for ticket bookings previously held by James Cameron's Avatar which is the current highest grossing. 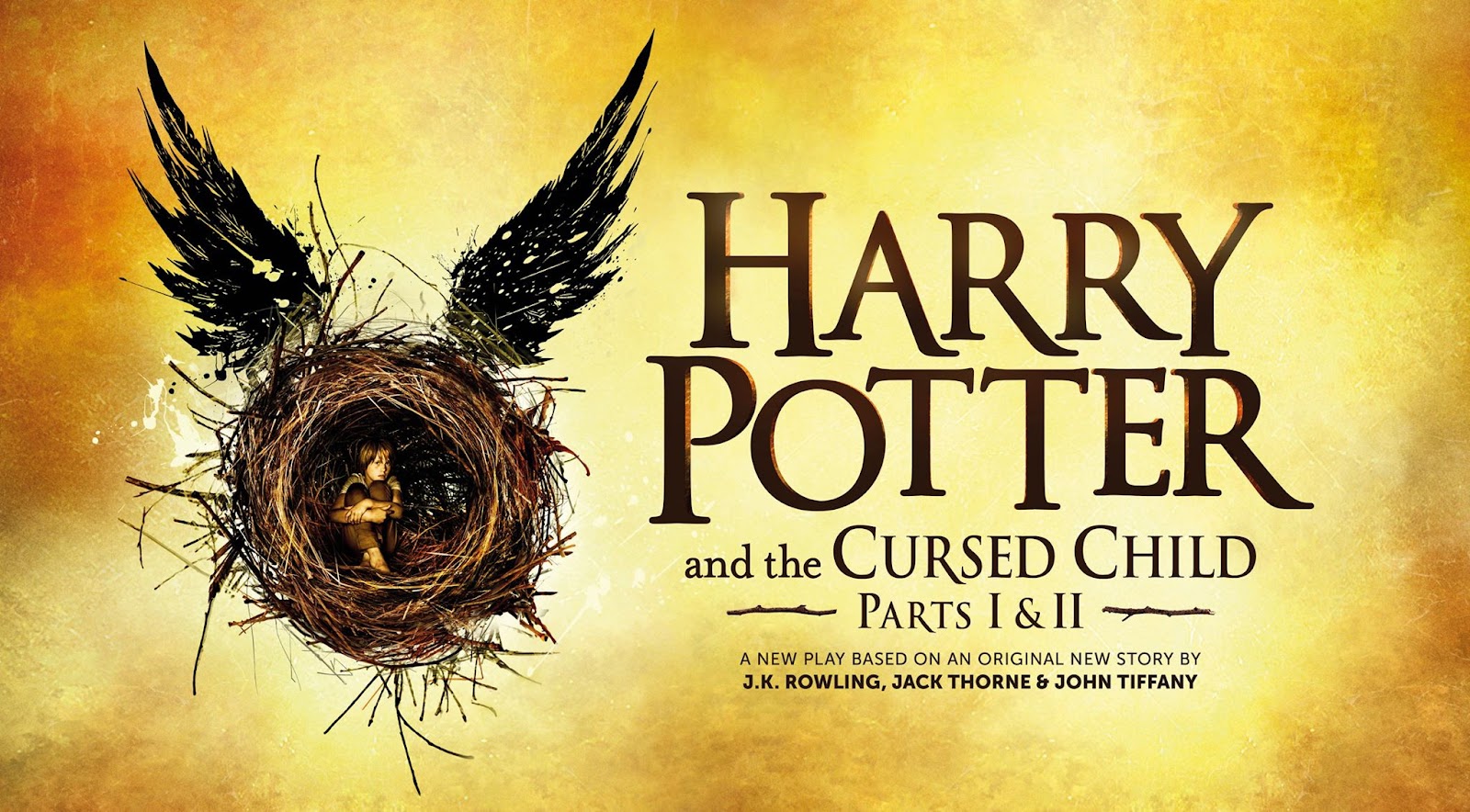 All hail J. K.! The eighth instalment of the Harry Potter universe will be a play called Harry Potter and the Cursed Child and will be split into two plays - parts I and II at the Palace Theatre. Queen Rowling released impressive artwork, details of the plot and the performance details on social media. The two plays are meant to be seen on the same day with part I playing in the matinee and part II in the evening. Jo the Great is involved the development of the story with Jack Thorne and John Tiffany who are taking the helm in bringing the play itself to life. 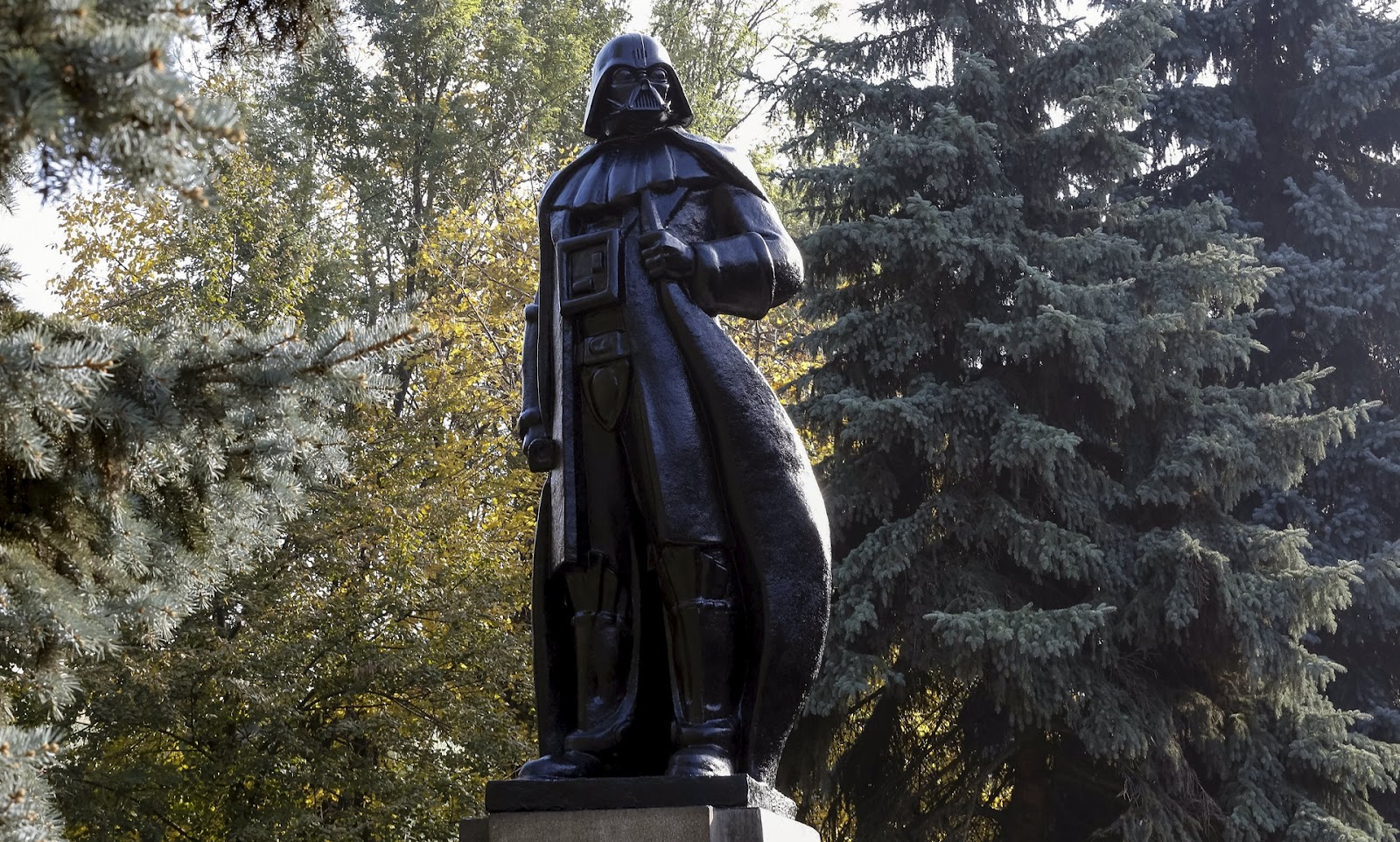 The statue, which used to be of former Russian dictator Lenin, but given the law's requirement to remove all Soviet historical symbols, he saw an opportunity to capture the global excitement for the new film. The amendments to the statue are made of titanium alloy, and the helmet contains a WiFi hotspot!

Hey Doc, this is heavy!

21st October 2015. A date emblazoned on so many BTTF minds. The day where the famous DeLorean appeared. We are now officially past the point where Marty Mcfly and Doc Brown arrived in the future, or is it now the past? Either way, the day of their arrival has now been and gone, and we still don't have commercially available hoverboards. Nike have demoed new versions of their laceup shoes, and they will be available exclusively via auction next year, with the proceeds going to the Michael J Fox Foundation.

Everything's not awesome as Lego announces a Christmas Shortage

Lego has been a firm family favourite for decades. But with the highly successful film, and series of franchises reimagined in lego format, the bricks have been catapulted into astronomical levels of success. Apparently that popularity has reached fever pitch, as the company has announced they will not be able to meet the Christmas demand, which means some children will be disappointed this year. I remember the same thing happening with the Tracy Island toy when I was a child. It's a very harrowing experience!

DisneyLife is set to cost £9.99 a month, around £3-£4 more expensive than its rivals. However, it will indeed be less expensive than paying for access to Disney's cable channels, with customers of DisneyLife having the added benefit of book and song access. With regards to other services, Disney told the BBC that it wishes to 'co-exist' with other providers, offering a Disney-centric option for its fans. However, there are so downsides to the the streaming platform aside from the price, including the fact that its Marvel and Star Wars franchise will be excluded. Set to launch in the UK in November, DisneyLife seems like an interesting concept for children and big-kids alike.

Kate Winslet and other major celebrities have come out against artificial enhancement in the post production of their looks. The actress has appeared countless times on screen and in print, across magazines and cinema. Yet with all of this media coverage, did her ideology get lost? Some would say so, myself not being one of them. Honestly, when it comes down to it, I'd suggest that things such as airbrushing and post production enhancement really are seen as the norm, and breaking from that is therefore seen as the deficit. In spite of this, she has done it; stating that in her new contract with Lancome, the advertisement must be 'free of any additional editing'.

Chris Rock to host the 2016 Oscars

Actor and comedian Chris Rock is back to host the 88th Oscars in 2016. Rock is no stranger to the event, having hosted the 77th Ceremony in 2005. He was met with a standing ovation before he even said a word. Neil Patrick Harris was last years presenter, and had the lowest viewing figures for 6 years. The Ceremony will be broadcast on 28th February, and is bound to bring with it a range of controversy!

Bhavesh Jadva and Sally Trivett contributed to this report 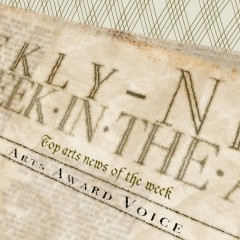