Liz Truss has resigned as prime minister and will step down after a week-long leadership contest to find her successor.

The announcement marks the end of the shortest premiership in UK history, lasting just 45 days. However, those 45 days were filled with political missteps, sackings, resignations and significant damage to the UK economy and international standing.

In her resignation speech, Truss said that she was elected with “a vision for a low-tax, high-growth economy that would take advantage of the freedoms of Brexit”, but it had become clear that she would not be able to “deliver the mandate on which I was elected by the Conservative party.”

“I have therefore spoken to His Majesty the King to notify him that I am resigning as leader of the Conservative party.”

Truss will stay in post until a new leadership election is completed, which is expected to happen by the end of next week.

Already a number of MPs are indicating their intention to run, including Suella Braverman, who yesterday was forced to resign as home secretary following a serious breach of ministerial rules. Former prime minister Boris Johnson, who was ousted following his own raft of political scandals that culminated in the mass resignation of his entire cabinet, is also said to be considering stepping forward. 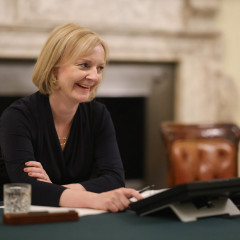