The 94th Academy Awards have been and gone – read our summary to find out what happened.

The 94th Academy Awards were televised on Sunday night (well, the early hours of Monday for UK viewers) and they featured one of the most insane moments since the Oscars’ inception: Will Smith walking on stage and smacking Chris Rock for joking about his wife Jada. Since that has been all everyone is talking about, you might not know this if you didn’t watch the ceremony, but they also handed out a few awards, too.

CODA, the coming-of-age comedy drama film about a child of deaf adults, took home all three of the awards it was nominated for, including the biggest award of the night – Best Picture. Troy Kotsur also became the first deaf actor to win an Academy Award for Best Supporting Actor.

Jane Campion won the award for Best Director for her film The Power of the Dog, which marks the first time in Academy Award history that women have taken home the award in successive years. It also makes Jane Campion only the third woman to have ever won. Oddly, it is the first time since 1968 – when Mike Nichols won for The Graduate – that a film won Best Director and nothing else.

Similarly to the BAFTAs, Dune won the most awards, with six total, including Best Cinematography. Drive My Car picked up Best International Feature, while Jessica Chastain and Will Smith picked up the Best Actress and Best Actor awards respectively. (The latter apologised to the Academy, but not to Chris Rock, and said that he hopes he is invited back in his speech.)

See the full list of winners and nominees below.

Nicole Kidman (Being the Ricardos)

Javier Bardem (Being the Ricardos)

Benedict Cumberbatch (The Power of the Dog)

Denzel Washington (The Tragedy of Macbeth)

Jane Campion (The Power of the Dog) (WINNER)

Kirsten Dunst (The Power of the Dog)

Jesse Plemons (The Power of the Dog)

JK Simmons (Being the Ricardos)

Kodi Smit-McPhee (The Power of the Dog)

The Power of the Dog (Jane Campion)

The Worst Person in the World (Eskil Vogt, Joachim Trier)

Affairs of the Art

Ala Kachuu – Take and Run

The Eyes of Tammy Faye (WINNER)

The Mitchells Vs the Machines

Raya and the Last Dragon

The Queen of Basketball (WINNER)

When We Were Bullies

Down to Joy (Belfast)

Somehow You Do (Four Good Days)

The Tragedy of Macbeth

The Hand of God

Lunana: A Yak in the Classroom

The Worst Person in the World

The Tragedy of Macbeth

Shang-Chi and the Legend of the Ten Rings 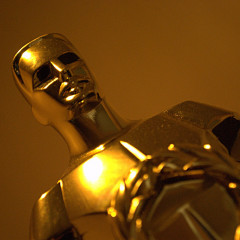 The 94th Academy Awards have been and gone – read our summary to find out what happened.