Abloh was the artistic director of Louis Vuitton and founder of the fashion label Off-White. He was suffering with an aggressive form of cancer for two years.

Virgil Abloh, the creative head of high-end fashion brand Louis Vuitton has died of cancer today at the age of 41. The designer was incredibly accomplished, and also founded the widely popular fashion label Off-White. Abloh died of a rare and aggressive form of cancer called angiosarcoma, according to a post made on his official Instagram page.

The post read: “We are devastated to announce the passing of our beloved Virgil Abloh, He chose to endure his battle privately since his diagnosis in 2019, undergoing numerous challenging treatments, all while helming several significant institutions that span fashion, art, and culture.

“Through it all, his work ethic, infinite curiosity, and optimism never wavered. Virgil was driven by his dedication to his craft and to his mission to open doors for others and create pathways for greater equality in art and design. He often said, ‘Everything I do is for the 17-year-old version of myself,’ believing deeply in the power of art to inspire future generations.”

Abloh was not simply a fashion designer, he also was a DJ, artist, and furniture designer. In his education, Abloh initially studied and then worked as an architect, before designing his first clothes in 2012. The designer had collaborated with many huge brands over his illustrious career, such as IKEA, Nike, Mercedes-Benz, and Perrier to name but a few, and was known for crossing styles of the street with semi-high fashion concepts.

At first, he garnered many critics from fashion purists; he said in a 2019 interview with Observer: “When I was showing in fashion week, people were saying, ‘That’s not fashion.’” Off-White was founded in 2013, and Abloh was hired as the head of menswear design at Louis Vuitton in 2018, where he made history as the first black designer at the company, and arguably the most visible black creative within the high-fashion world.

Abloh was heavily linked with the music world – and rap specifically – having created the album cover artwork for artists such as Kanye West and Jay-Z’s ‘Watch The Throne’, West’s ‘My Beautiful Dark Twisted Fantasy’, and covers for Pop Smoke, Lil Uzi Vert, Westside Gunn and Octavian. Kanye West was particularly fond of Abloh, as they both were connected through the fashion industry. The rapper once said in an interview: “I have all these ideas and Virgil is able to architect them because he is an actual architect.”

Many celebrities and artists have spoken through social media about the loss. Supermodel Gigi Hadid wrote: “I am heartbroken by the loss of my dear friend, and a friend to the world, Virgil Abloh. He was 1 of 1 … You will continue to inspire me every day, V. I feel blessed and honoured by every moment.”

Hailey Bieber had her wedding dress designed by Abloh, and also posted a tribute to the designer. “He was someone who always brought life, charisma, love and fun to any situation, and every room he walked into. A once-in-a-generation creative mind that is so rare and I’ll never forget his impact. We love you, Virgil.”

The editor of British Vogue, Edward Enninful said of Abloh’s impact: “Virgil Abloh changed the fashion industry. Famously prolific, he always worked for a greater cause than his own illustrious career: to open the door to art and fashion for future generations, so that they – unlike himself – would grow up in a creative world with people to mirror themselves in.” 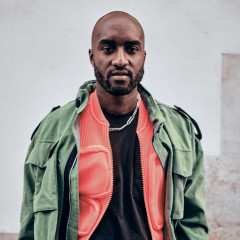 Abloh was the artistic director of Louis Vuitton and founder of the fashion label Off-White. He was suffering with an aggressive form of cancer for two years. 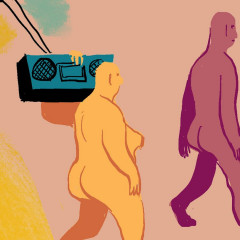 Review: We Dwell in Possibility