"If you love acting, writing, or directing then throw yourself into it. Immerse yourself in it. Don’t worry about the big picture just yet. Put on a play, shoot a short film and enjoy every minute of it."

Hi, I’m Charlotte. I’m an actor-writer. I started writing to give myself interesting and funny characters to play in between auditioning for other people’s projects. Since I’ve started writing, I’ve found joy and freedom in telling stories that mean something to me, and stories that I feel need to be told. I like to think my writing can be identified by its combination of apt comedy and hard-hitting drama.

During lockdown, the structure of my day has changed significantly. I have slowed down a lot and allowed myself time and space to let my ideas form without rushing myself to meet deadlines. I usually go for a walk in the morning. I listen to a podcast or an audiobook around the subject I am writing about. Then I’ll have lunch and either do some character development or write scenes. I have also recently started doing interviews with people who have experiences similar to the characters in my plays. This has opened my eyes so much to the details in people’s lives that you don’t see unless you take time to ask. At about 6pm, I’ll eat, watch Netflix and chill out for the evening. And there you go, my day is finished.

The great thing about writing is you get to reflect on your own life experiences and make sense of them through the characters you create. You get to learn how other people have experienced these things too and how that differs. You get to create conversations. And since I’m an actor too, I get to see that journey through to the stage and see how my story is affecting an audience.

I find creating my own schedule hard. My high school, sixth form and drama school all had pretty rigid schedules that meant I had little experience of creating my own structure when I came to writing. I find it hard to create a timetable and stick to it without procrastinating or falling into a rabbit hole.

Twenties is a show about growing up. It follows 21 year old Hope as she moves out of her childhood home for the first time to the city lights of London. It’s about how her family cope with her choice to leave the small town in Cheshire. But, predominantly, it’s about how naive and inexperienced Hope deals with the “adult” problems she faces in London. Sexual harassment in the workplace and feelings of isolation and loneliness lead Hope to question how ready she was to leave home after all. 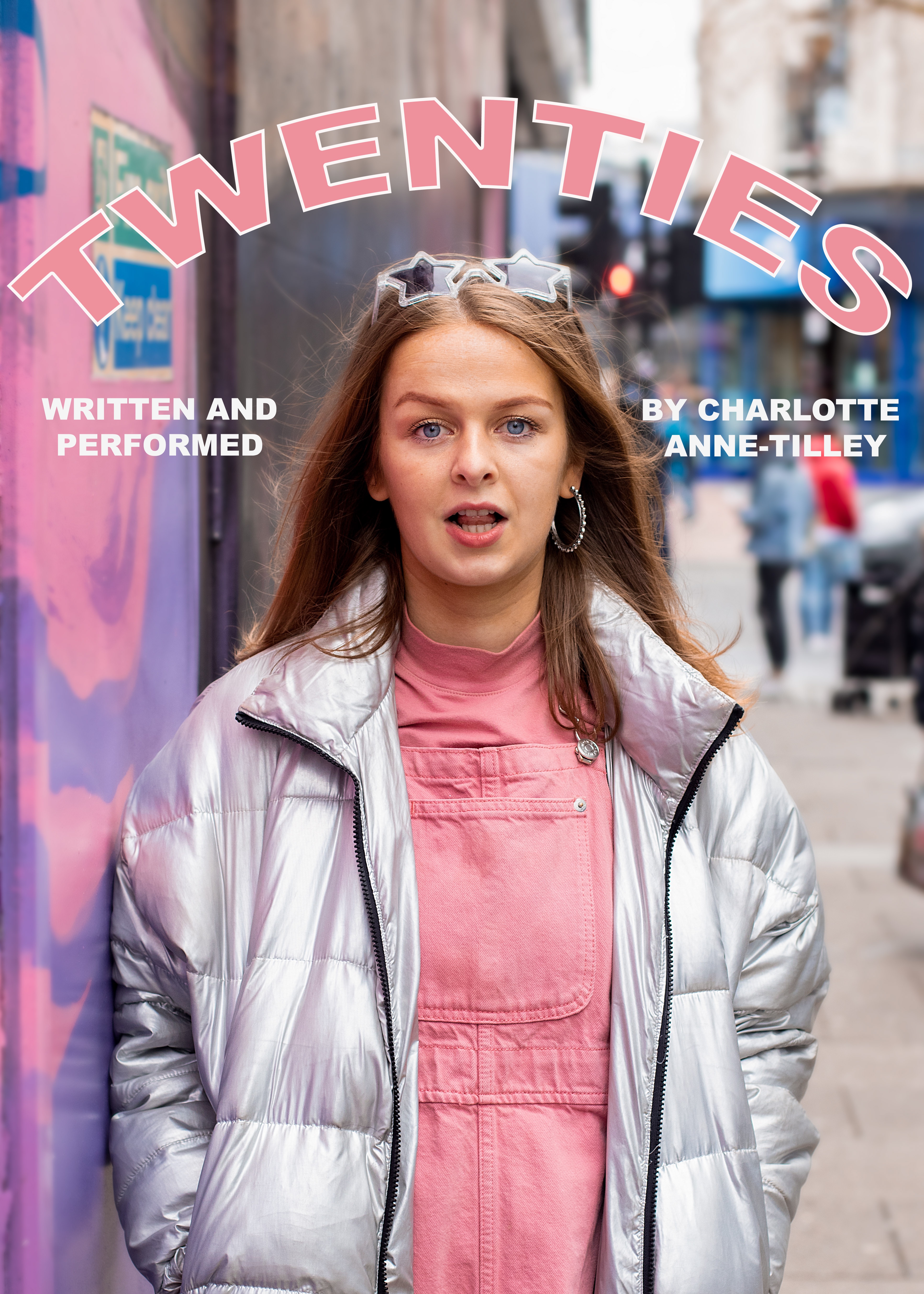 You can expect a relatable story about those difficult years in your twenties when you navigate the world on your own for the first time. You can expect a good laugh at the bizarre choices Hope makes in her attempts to behave like a “proper adult”. And you can expect a thought-provoking look at the continuance of workplace sexual harassment in a post MeToo world.

It has been so eye-opening. I think before lockdown I saw the conventional form of performing in a theatre as the only option. But, swapping the original one woman format for a multi-person online version opened my eyes to the different ways in which this story can be told. I played in ways that I wouldn’t have considered before we had to transition online. I delved into the characters in a new way, knowing that each character only had a small box on a screen to convey the story. The result was that the play became more personal and we were able to connect to the audience and each other in a different way.

Yes! I hope so. I think it's a great way to try out new ideas without the costs of hiring out a theatre. I will certainly continue using it as a way of reaching a range of audiences who may not otherwise have a chance to see my work.

I’ve loved it. It’s been great to be featured in the brilliant array of work available. TheSpaceUK have absolutely gone above and beyond to create the feeling of a festival. I have had the chance to connect with so many other artists and industry professionals during the season. It feels like theSpaceUK have really risen to the challenge of this new era of theatre and adapted in a way that this industry needed it to.

Twenties and Birthday, the short film I wrote and shot in lockdown, are definitely the two big highlights. Even if they’re not perfect, they are honest and authentic to my voice and I am proud of that.

I trained at LAMDA as an actor for a year which is how I met many of the actors and creators I collaborate with. After that, I started auditioning and began writing. The great thing about being an actor that writes is that you can book a theatre and generate work for yourself. I wrote two

plays before I wrote Twenties. They were both me working out what kind of writer I was and what stories I wanted to tell. They were flawed and imperfect but important to my development. Producing and performing them taught me endless amounts about writing. I think, though it is scary, putting your work on is the best way to grow and improve because you get an instant reaction from an audience and you see what is being received well and what isn’t quite landing.

And yes, I’ve had many, many side jobs while I’ve been pursuing acting and writing. I’ve been a nanny, a children’s party entertainer, a waitress, a bartender, a drama teacher and a theatre usher to name a few. It’s all life experience, darling.

In my first year out of drama school, I really struggled with getting myself out there and I felt like I couldn’t find my place in the industry. It can be hard to work out how to get your work seen if you don’t have an uncle or family friend that happens to be in the industry (no shade to people that are lucky enough to know someone in the industry). And what got me through that was going to writing/acting classes, meeting talented people all the time, finding collaborators and putting my work on. Little by little, I started to feel like I had a place in the industry. I would say that I got through by taking small steps that built a big change to my outlook on my career. As long as you do the work, put yourself out there and keep improving then eventually people will start to sit up and listen. 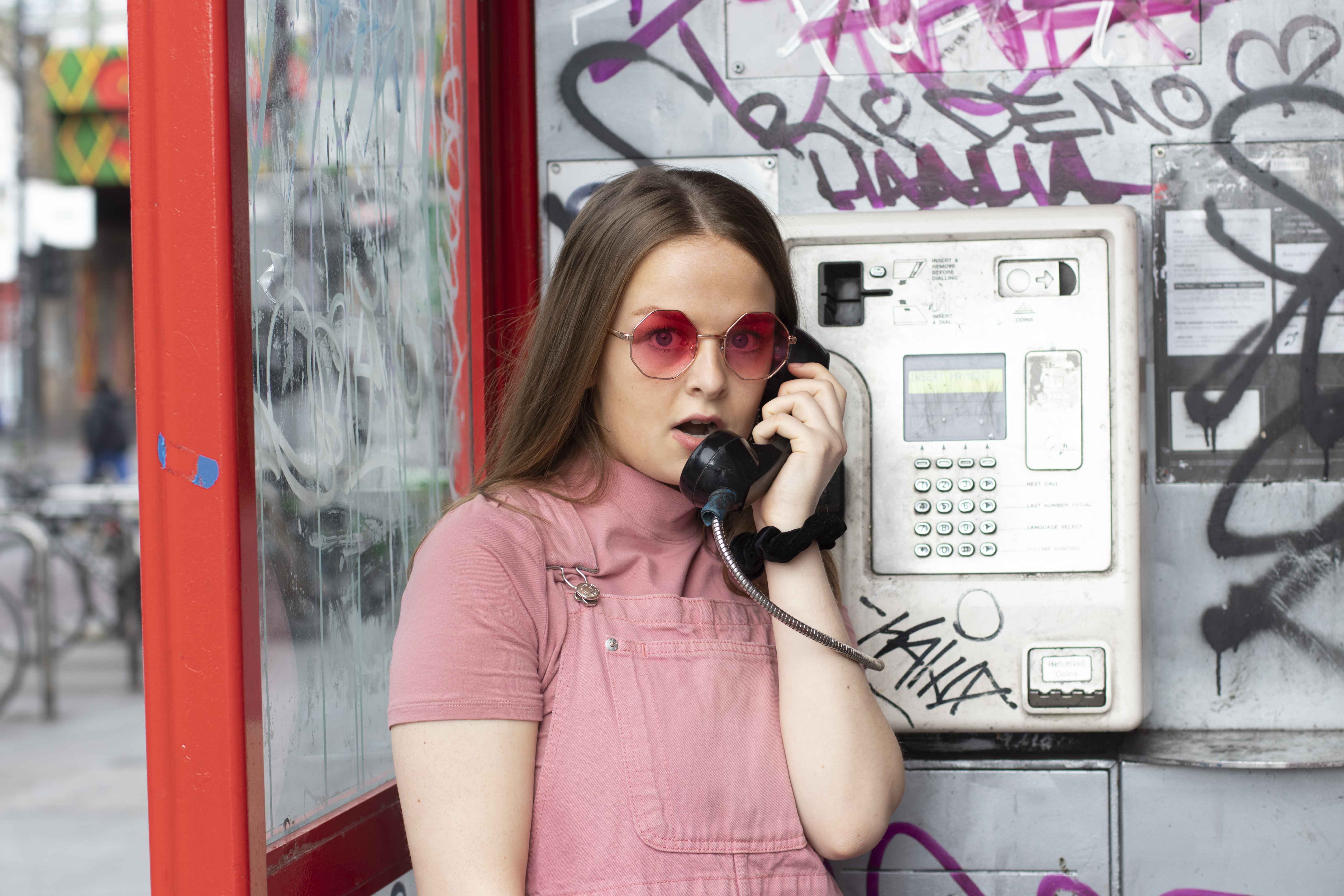 I think discovering theatres like theSpaceUK has definitely created a change in my mindset (even though theSpaceUK has been around for a long time). Venues like theSpaceUK take a chance on up-and-coming talent. They offer a platform to artists who may not have a “name” for themselves yet or impressive credits but they have talent and a story to tell. It’s so important that new voices from all backgrounds can be given a chance to share their voice. I think more could be done to offer opportunities to people that don’t have access to training or exposure early on. Hopefully, we’ll see more organisations offering opportunities to writers with potential so that we can begin to see a more diverse range of theatre on our stages across the UK.

Don’t worry if you get a few rejections. As long as you keep doing the work, one day people will start saying yes.

I mean, I am only 21 so I am still a young person myself but if I were to give advice to people in their early teens I would say...if you love acting, writing, or directing then throw yourself into it.

Immerse yourself in it. Don’t worry about the big picture just yet. Put on a play, shoot a short film and enjoy every minute of it.

You can watch Twenties with theSpace for the next week: 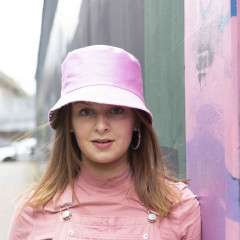 "If you love acting, writing, or directing then throw yourself into it. Immerse yourself in it. Don’t worry about the big picture just yet. Put on a play, shoot a short film and enjoy every minute of it." 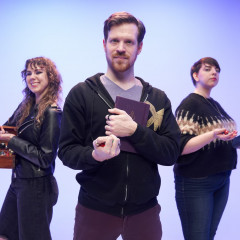