We caught up with Nikita Gill, author of Wild Embers and Great Goddesses, about life as a poet, the worth of rejection and her thoughts on the Insta-poetry phenomenon.

Hi Nikita! Could you first introduce yourself to the reader?

I am Nikita Gill. I’m a poet and playwright working on my first stage show but primarily I am a writer.

Tell us more about Maidens, Myths and Monsters.

Maidens, Myths and Monsters was born from a book I wrote six months ago called Great Goddesses. It’s a theatrical storytelling evening where I tell the story of Hera to an audience, adopting the character of Hera.

The reason I chose to tell the story of Hera is because I think Hera is the hardest character to empathise with in Greek mythology; she’s used as a symbol of the patriarchy. She has a lot of internalised misogyny against the women with whom her husband is having affairs and also the offspring produced as a result of those affairs. She takes out all of her aggression, which should be going towards her husband, on her own children and the children of the other women.

I wanted to know more about the character and why she did this, so I pieced together a story about her which she tells from her own lips. That’s what created Maidens, Myths and Monsters.

What was the co-production process like when working on this show?

I sat down and created the script in two days! I didn’t sleep and I didn’t eat properly - I just wrote. After this, I sent the script to Tom who surprisingly didn’t have as many comments as I anticipated. He read the story, loved it, and not only said that he wanted to put it on stage, he asked me to play the character of Hera.

I was surprised - I hadn’t acted in 8 years even though I am classically trained - but we came into the theatre and he directed me. I know the story and I love the story, so it was actually very easy for me to perform on stage.

This process made me think that If all actors wrote the scripts they performed, they’d find it easier to get into character. If you really do love the character and you’re invested in them as I am, it’s easy to go up onto the stage. I definitely wasn’t expecting to find myself relishing performance again so this project has been a real process of discovery.

I think it’s also been an evolutionary process. From the first to the fifth show, each performance has been different. The script has morphed day-to-day and it’s interesting to be a part of something which contrasts to a book. Unlike with books, during the performance process you can switch up different elements to make each night unique.

What impact do you hope this will have on audiences?

The main thing I want audiences to think about is how different characters are viewed. If you change the lens on how we see a character we think we’ve known really well, I think we can all be surprised. I think we have the ability to empathise with Hera and understand her a little better.

A lot of mythology stories have been told from a patriarchal standpoint so although we’ve read about these female characters and think we know them, we actually don’t really know them that well. I want audiences to go away thinking, ‘I should be asking more questions when I hear these stories.’

If audiences go away understanding more about Hera, my job as a writer has been fulfilled.

You were rejected 137 times by publishers and you said you were grateful for this experience. Why? And what would you say to artists who are currently being rejected by publishers?

The interesting thing about being rejected is considering the ways you can take it. One option is to go into the big black hole of despair and despondency where you think you can never write again.

That’s really counter-productive, because the more you get rejected the more you realise that publishers work on trends. You could be Charles Dickens and you’re not on trend, so they’ll reject you. Or sometimes, the work just isn’t very good and that’s the reason for rejection.

So the best way to come out of rejection is to see it as an opportunity to improve, as cliched as that might sound. After being rejected by publishers you’ll realise the piece of writing you think is perfect actually has flaws. It boosts you as a writer.

The reason I say I’m grateful is because for me, rejection is fuel. Every rejection I’ve ever had is fuel. I’ve never known that I can be anything else other than a writer. Writing is like breathing to me. Every time someone told me that they were rejecting me, they were essentially telling me I was breathing wrong. I learnt to breathe better.

Which artists are currently influencing and inspiring your work?

I’m currently working on a book about the Hindu goddesses. I’m reading Indian writers who really get into the nitty-gritty of Hindu mythology and some more modern writers who look at this mythology from the LGBTQ+ persuasion, which has been really influential in my work.

I also love Stephen Fry’s work. He’s been able to translate his written work onto the stage so fluidly and has been a big inspiration in this project.

I panic and cry! Initially, you’re like, ‘Oh no, what have I signed up for?’ but then you realise you just need to organise yourself.

Firstly, I do a lot of research on the subject matter I’m planning to tackle. With mythology, it means re-reading the old work. Homer and the Oresteia were important for Great Goddesses. I then sit down and have a quiet period for a week to percolate all the new information before writing for a month to two months, solidly. Every single day I’m writing.

To some degree, books as well as plays are evolutionary. Your first draft won’t be close to what you send to publishers. It’s an interesting process to sit and research for ages before finally writing the book.

What does Insta-poetry mean to you?

I have a very controversial opinion on it. There’s no such thing as an Insta-poet - everyone’s a poet.

Poetry has this not-nice habit of needing to label any new poetry movement. The establishment try to denigrate movements, for example the slam poets, in order to create barriers by suggesting that slam poets, or poets who use Instagram, aren’t ‘real’ poets. Yrsa Daley-Ward’s book The Terrible gained a 5-star review and was highly critically acclaimed and yet she was belittled by the label ‘Insta-poet’: it makes no sense.

I find it weird to classify a movement of poetry based on the medium in which the poems are published. If you examine all the Insta-poets, you realise many are published by literary magazines as well as in books and by traditional methods. What makes them an ‘Insta-poet’ is their large following and to solely categorise their artwork as based on social media seems barmy.

You recently delivered a TEDx talk. Tell us more about this experience.

My TED talk was really the first time I put myself out there and actively participated in performance poetry - and I loved it! I thought, why haven’t I been doing this all along? This definitely encouraged me to figure out more performance work, hence Maidens, Myths and Monsters.

To be on stage for an hour and read out an epic poem for an audience feels like a natural transition from the TED talk. That audience were really supportive who wanted to see me succeed, it was a fantastic event to be part of.

Do you have any advice to give to budding writers and poets?

This is always my favourite question!

If someone ever says no to you, write more. That is your fuel to write more. To make a dream succeed, you’ve got to give a dream about 10 years. I know that’s a big ask, but I’ve been writing since I was 12 years old and it’s taken me to age 28 to succeed.

Another thing to realise is the extent to which you will dislike the work you created five years ago. This is a good thing, you should. It means you’ve evolved past your work to the degree that you can look back and see its flaws. I think another element to growing as an artist is about putting your work out there. If you don’t put your work out there, you won’t learn how to evolve past your own work and your own headspace.

Since joining the arts industry, have you noticed any changes?

I think it’s changed. Poetry is definitely one of the fastest growing art forms. YouTube and Instagram has helped this rate of growth. Watching poetry go from something people thought could only be experienced on paper and by a privileged few has been very interesting to see.

For me, it’s interesting to see how social media has been denigrated by the art world to something that people are now embracing. People now think about how they can use it from an artistic perspective.

I’m working on a follow up to Maidens, Myths and Monsters which will be at Omnibus Theatre in October so keep an eye out! 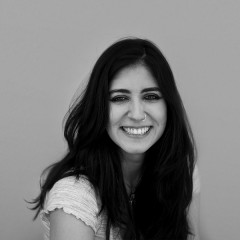 Nikita Gill on Insta-poetry and the importance of rejection

We caught up with Nikita Gill, author of Wild Embers and Great Goddesses, about life as a poet, the worth of rejection and her thoughts on the Insta-poetry phenomenon.