"I want to be relevant and modern in the content I produce, but the techniques I use will be rooted in a very old tradition."

It’s a dark and whimsical clown show inspired by silent-era masters and vaudevillian peculiarity, performed at a breakneck pace with live foley, original music, and multimedia. It's about the crushing loneliness of modernity...it's meant to be funny.

My show doesn’t have any words in it. It’s all beeps and boops and it’s an easy-going, quick-paced show about crippling loneliness... so I figure it’s fairly universal. I think it has the potential to do well overseas, and the Fringe seems (at least to this American) to be the gateway to the theatrical world abroad.

What differentiates the Fringe from otherFestivals?

I think there’s a sense of togetherness that is unique and holds together like glue throughout the month. Everybody is in this marathon together.

I started off as a clown in the circus when I was ten years old. I continued on as a young circus clown for a number of years, until I fell in love with theatre and started applying what I’d learned as a clown to other types of performance.

I’d like to think I’d be a successful slacker of some kind...like a ski instructor or bike mechanic or surfboard waxer...

Oh, being an actor is the best! It’s the weirdest, wildest way to spend your time and if everything’s going right you’re providing an important service for the audience.

I remember farting in the bathtub and looking down--a sunflower seed was suddenly floating in the water. It was then I experienced my first consciously pensive moment.

Do you ever feel any pressure to be a social commentator, or constantly updatematerial to respond to events?

Sort of... I’ll take the easy way out of that question and just say: everything I create is a product, somehow, of me being alive now and of me being influenced by the world around me. So, ipso facto, I’m a social commentator. Sorry...that answer was. Just. Awful. ...sorry.

Equally, do you think there has been a shift in public sentiment that has affected yourwork?

I don’t think so. The medium I enjoy (clowning) is so old and fundamentally so unchanging that my approach to work will be similar as time goes on. However, even if the form doesn’t change too much, the content certainly does. I want to be relevant and modern in the content I produce, but the techniques I use will be rooted in a very old tradition.

I’d like to have been in the Expressionists’ milieu in the Weimar Republic. Or with the Dadaists in Switzerland around the same time. That must have been incredible - to be swept up in that wave of crazy.

Work hard on it before you go! Know why you’re going and what you want from it.

www.richardsaudek.net! I know, I know --net. I lost the domain rights to .com a few years back during a prolonged spell of laziness.

Beep Boop is on from the 1st – 25th August at the Edinburgh Fringe Festival (not 12th or 19th) at Assembly George Square, The Blue Room at 2.45pm. For tickets and more information: https://tickets.edfringe.com/whats-on/beep-boop 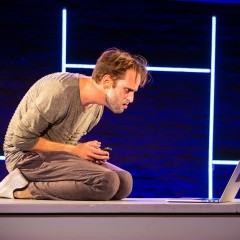 "I want to be relevant and modern in the content I produce, but the techniques I use will be rooted in a very old tradition." 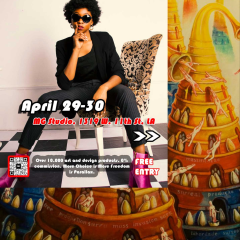