Author, producer and playwright James Goss talks to Voice about his career, his work on Doctor Who, and his recent win in the London Lovecraft Festival's New Writing contest

I’m very lucky – my job is mostly writing (I also produce audiodrama – but that just involves making tea for actors, who are nice people, so this isn’t very interesting to talk about). When I’m writing the hardest thing is getting started and then the second hardest thing is stopping.

I get to sit on the sofa and that’s working. Unless it’s cold and then I stay in bed.

Conversely, what’s the most challenging aspect?

Getting out of bed if I need more tea. Stopping writing fun things to answer emails and do all the grown-up bits of filing. Remembering that “crisps” are not a food group.

I’ve been lucky in that I’ve got to work with and write for some really legendary people. Getting to hear someone like Bernard Cribbins say your words is WEIRD. Also, it makes my life easier to explain to my mum.

You’ve just been named the winner of London Lovecraft Festival’s New Writing contest. How did you react to finding out you’d won?

It’s a very exciting thing. Of course there should be a Lovecraft Writing Festival. Isn’t that amazing. I was very pleased when they told me. I was also getting on a train. So it was like “Oh that’s lovely – I’m so please- oh, sorry, hello? Hello? What? Ohhhhh.”

Tell us about your entry?
Throughout Lovecraft’s work there are hints that the great old gods who used to rule the universe have helpers – secret people who lurk in the shadows waiting. I imagined what life was like for these people. You see figures like them in horror movies as well – someone will pop up and say “My family has guarded this temple for generations and doom will come to you if you enter” and I thought “well, yes, but is that all you do? Do you ever have days off? What do you go and see at the cinema?”. This is finally their story. 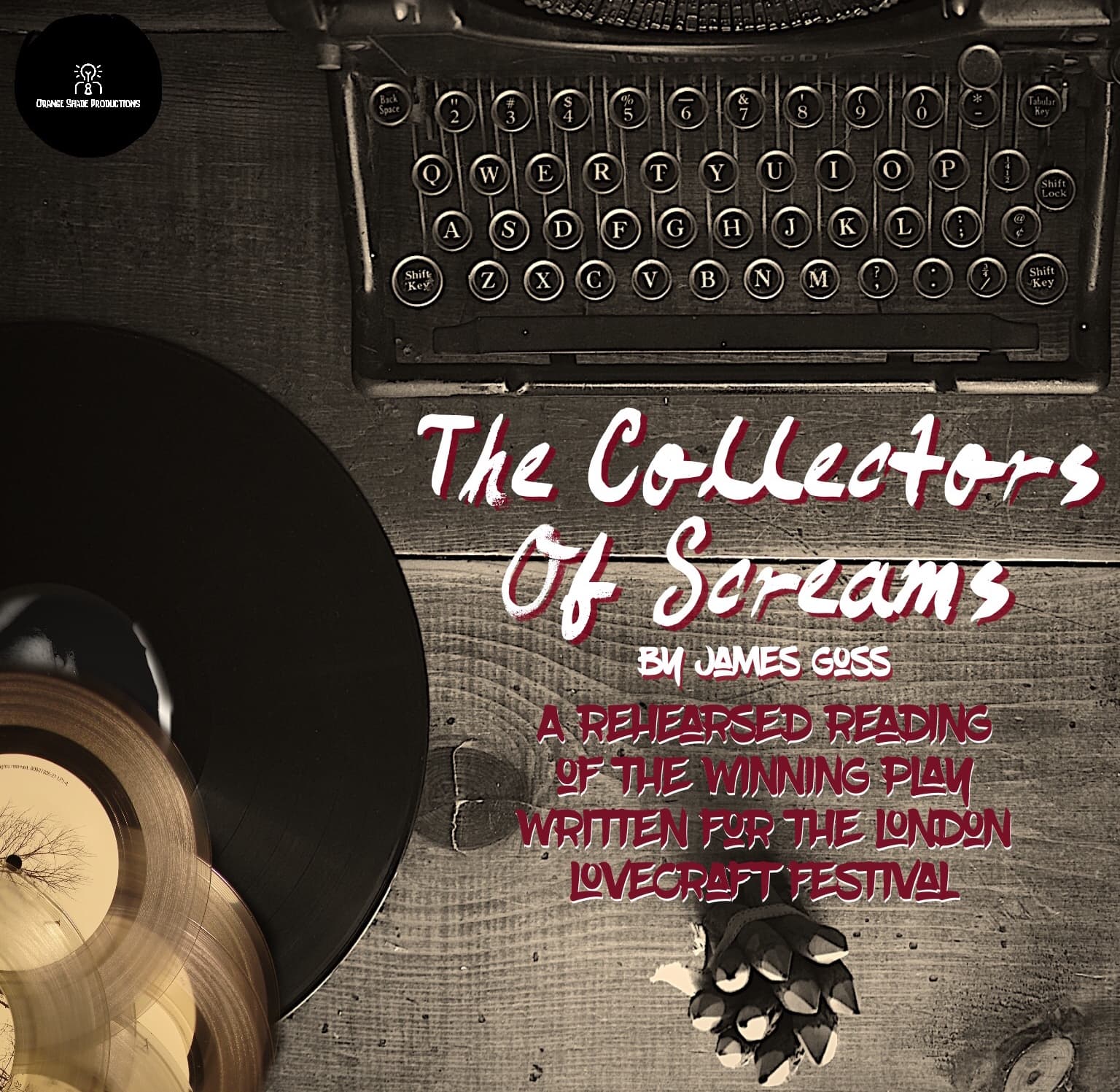 What drew you to Lovecraft in the first place?

Lovecraft is a hugely influential writer. He’s also smackingly underrated. People assume he’s all “giant squid gods and terrible ceremonies” and, let’s face it, we’ve all been on a date with someone who turns out to be a leeetle too into Lovecraft (mine was a guy who claimed to be being hunted by dark forces because he owned a copy of the Necronomicon. “We’ll be quite safe. My bed is at the heart of a pentagram and once I’ve lit the candles…” I said no). But the stories he tells are so frightening and full of imagination – ancient cities, terrible creatures hiding in the shadows – but he’s also a very very funny writer. A lot of people miss his marvellous sense of irony because of all the blood and killer squids. Which, I guess, is fair.

A lot of your work has focused on expanding the world of Doctor Who. How did you first get involved?

In the early 2000s I edited the BBC’s Doctor Who website when the show wasn’t on the air. I was still there and involved in the show coming back in 2005 – I got to move down to Wales. It wasn’t the massive global phenomenon it now is – very casual. You could still bump into David Tennant in Tesco.

Some of the Doctor Who novels you’ve written have taken inspiration from the work of Douglas Adams. How did you get access to his work, and what was it like trying to bring his ideas to life?

I was lucky enough to be allowed access to the Douglas Adams archive of his papers at Cambridge University. There was a massive pile of unused material that I was privileged to be able to adapt. It was a strange experience – getting to laugh at jokes that no-one had seen for 40 years.

You also wrote The Gentlemen of Horror, a play exploring the relationship between Peter Cushing and Christopher Lee. What was the writing process for it? Did you ever speak to Lee, or get any feedback?

I’m afraid he was very frail by the time I was working on it. But I read his autobiography (rather more about golf than you’d expect) and Peter Cushings’ two volumes (a really charming man – he insisted on wearing slippers on set for Star Wars as he found the leather boots uncomfortable).

It’s weird that you mention that, as I guess not. But I’ve never really thought about it. I was lucky to get into building websites when literally you could just go and buy a book and teach yourself how to code and that was enough of a qualification. And then I sort of slipped sideways into this. I never planned it. I wish I had.

What has been the biggest difficulty in your career that you managed to overcome?

Wifi everywhere and staring into Twitter. Luckily, my laptop refuses to log onto the British Library’s network so I can always go there for a couple of hours if I’m not getting any work done.

What are you currently working on, and where can people find more of your work?

I’m writing a book about the suspicious death of my English teacher. A magician is accused of his murder, and yes, the whole thing is as mad and sadly true as it is fascinating.

It’s going to be so much fun.

Writing’s more about maths than you’d imagine. I had six weeks to write my first book and I had a full-time (and very fun) job. So I sat down and realised that was 10,000 words a week, or 2,000 words a day and then the weekend to tidy up. So that was it. Pure maths and the fear of a deadline I couldn’t miss.

Honestly, I spent ages thinking “well, perhaps I’ll spend a year writing a book at some time and really just finding it as I write it”. Turns out nooooo, just frantic typing while staring at a spreadsheet. 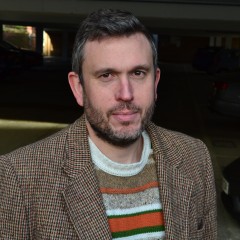 Author, producer and playwright James Goss talks to Voice about his career, his work on Doctor Who, and his recent win in the London Lovecraft Festival's New Writing contest