Hi, I’m Rob and I’m a stand up poet. For those of you who don’t know what stand up poetry is, it’s a bit like stand up comedy, except it rhymes and there’s no jokes in it.

I used to be a psychiatric nurse and my show is called ’Fruitcake – Ten Commandments from the Psych Ward’. It covers a night shift on a psych ward seen through the eyes of a jaded nurse who hears the voice of God. For the purpose of the show, God is an elderly Rastafarian woman. She gives him ten benevolent commandments to help him through the shift; and life.

Is this your first Fringe?

It’s my 71st fringe! No kidding. It’s been a rollercoaster at this end.

Wow! Why did you first decide to perform at the Fringe?

I love the whole international fringe movement. I’ve always been a fan of the grassroots as well as anything that’s less than conventional; and fringe festivals are a chance to see stuff you wouldn’t otherwise get to see. From a performer’s perspective, fringe audiences tend to be more open minded and less likely to want the stuff they see to conform to the usual norms of comedy, theatre, or whatever.

What was it like working on a psychiatric ward?

Sometimes unpredictable, sometimes fun, sometimes stressful, often illuminating. My experiences in psychiatry did way more to reinforce my faith in human nature than anything else I’ve experienced. It also made me realise that I’m a very lucky camper on balance.

What was the most challenging part?

Trying to be polite to pharmaceutical reps! I failed.

What was the most rewarding?

The unsung heroes: patients, family members, carers, staff members all had people amongst their ranks who consistently demonstrated a colossal degree and kindness and resilience. Sometimes you’d bump into someone who was in an awful mess when you last saw them and discover they’d somehow got their life back. There’s no feeling like that in the world.

Why did you stop? Would you ever go back?

I did twelve years on the acute wards. As God says in the show, “Bugger off before thy burneth out”. My ticket out of nursing was the comedy circuit. I became half of a double act that an agent I knew put together. We were full time within a year! At that point life became very different. We did that act for five years.

I still have my registration and I do a lot of work in the world of mental health: I’m lead artist for BrightSparks Comedy Asylum (comedy shows created and performed by service users), one of my shows – a whodunnit set on a dementia ward! – is being used by the NHS to train clinical staff in ethics, and I lead comedy and creative writing workshops in inpatient settings. Once in a blue moon, i.e. about two or three times a year, I do an actual nursing shift, just to keep it real.

I was 17 when I started in mental, 18 when I began my training and 21 when I qualified; so I’ve been a registered nurse all my adult life. I’m programmed to think as a psych nurse, however I ultimately earn a crust.

Why do you think it’s important to bring comedy to topics like mental illness?

George Bernard Shaw once said “If you want to tell people the truth, make them laugh or they will kill you” and I think he was bang on. I think it’s enormously important to discuss and normalise subjects like mental illness, but I’m also an entertainer; so I ideally I want to create a show that people thoroughly enjoy and then find themselves thinking about the next day.

Comedy is a fabulous tool for making people think and satirical comedy, while not always being hugely tasteful, is probably the most moral form of comedy there is. If you’re going to use comedy as a weapon, the important thing is that you punch upwards. I think comedy, like any art form, has a responsibility to discuss and reflect things that are important.

Why do you think the arts are important?

Creativity is the ultimate expression of our individualism, and when we express ourselves it goes a long way to helping us realise who we actually are. Art helps us relate to each other. It also helps us make sense of someone else’s perspective. It makes us laugh and makes us cry.

Have recent social and political changes affected the way we see mental health and mental illness?

Life has become way harder for anyone on benefits, especially those with psychiatric conditions that you can’t tangibly see. If you can push a button or screw a top on, then you’re fit for work, as far as ATOS is concerned, and people are dying because of this.

While the current government are keen to emphasise that they’ve ringfenced spending in healthcare, healthcare doesn’t exist in isolation and cuts to social care have in turn put the NHS under more pressure than ever before. There are way less inpatient beds in psychiatry than there used to be and community services are more stretched than ever.

So they’re the recent changes. In terms of how they affect how we perceive the idea of mental health care, I worry that we’re becoming more selfish as a society and more inclined to judge each other in terms of our financial worth. As a consequence, many people on the receiving end of mental health treatment find themselves socially isolated, which isn’t exactly conducive to a happy recovery.

One positive development is that there is less stigma associated with mental health. There’s still some way to go, but things are very different to how they were even twenty years ago. This is due in no small part to the closure of the old Victorian institutions, where people would be banged up for years at a time, simply because they had an illness. I’m glad those days are gone.

What advice would you give to those struggling with psychiatric issues or those whose loved ones are?

You’re not the only one. You don’t have to go though this on your own. 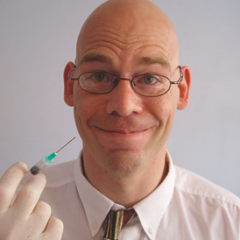