Jepp, who was there with the rest of the group to lead a workshop and represent their new school, Flawless The Dance School, spoke to me about their experiences on Britain's Got Talent and what dancing means to him.

Why do Flawless come to Move It Dance?

So when did you start the school?

I think the school's coming up to nearly two years old now. It's been a long process; obviously the process before that was a bit longer, but I think it's been open now about a year and a half. It's getting bigger and bigger, so we're happy about that. The next stage now is just finding a place for the studios!

What ages is the school for?

I think we've got someone who's around 6 or 7 years old, and then a lot of older ones. It just depends on how they want to see the training go. We do have a younger group and an older one, and we have two levels: beginner level and intermediate level. It doesn't matter what age you are, you go through the levels based on your ability.

Flawless were on Britain's Got Talent back in 2009 — would you recommend the experience?

Yeah, I think everyone has a different experience with it, and I guess the team has been grateful and lucky to have been able to be a part of such an amazing show, so it's been a great thing. I always say to people it's always worth trying something; at least you can always turn around and said I tried something. Never let an opportunity pass because it's better to say you've tried something than to wish you did something. I say to people don't ever regret something, because whatever you've done is what made you the person you are today. It could be a good or bad thing, but it is still you — it is what it is.

Why do you personally love dancing?

Oh, I don't know! I think dancing for me is just…there's a passion when you hear music. I'm very old school, I like old school music, so I listen to the old school from the 80s, 90s and early 2000s. For me, dancing makes me feel young I guess, and it puts me in a place where, regardless of what's going on in life, I can always dance and forget everything that's going on…it's like a hideaway.

So you think dancing is important?

Yes, dancing is important! I mean, through dancing I've achieved so many things that I never thought I would, and certain things that I never even dreamt of doing, so I'm always grateful for dancing. And I always say, if there's something you want to do, as a passion or as a hobby or as a job, go for it. Don't let anyone tell you you can't do it because you can, and it just proves that people aren't always going to like you, but if you work hard enough you will get there.

On top of that, do you have any advice for young people who want to pursue a career in dance?

My advice for people that want to pursue dance is to train, get yourself out there, work hard and stay humble. That's the main thing. And remember that dance is fun, first and foremost. As soon as it starts to stress you out, stay away from it for a bit. Make sure you're having fun.

A massive thank you to Jepp for taking the time to do this interview!

This interview was shortened for length and clarity 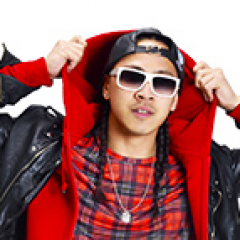 Interview with Jepp from Flawless 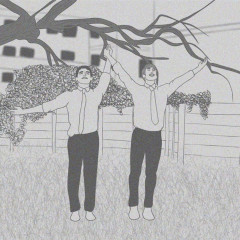