Voice MagInterviewsInterview with Tez I…

In the run up to Voice's latest coverage of the Edinburgh Festival Fringe, we have dozens of interviews with performers like the BBC's Tez Ilyas, who we'll be seeing up there.

Hi, I'm Tez Ilyas, a stand-up comedian. My show Made in Britain is an autobiographical stand-up show in which I let the audience know about how I've become the person I am and also about the non-typically British experiences I have lived through in Britain.

I think I remember there being a local concert in Blackburn when I was about five. My mum took me to Bangor Street Community Centre where a travelling Pakistani performer was in attendance. I remember being pretty bored to be honest, I just wanted to go out and play on the bouncy castle.

You know I have zero background in the performing arts, I haven't even done drama since I was 14. I just decided to give stand-up a go in my mid-twenties, largely because the opportunity presented itself through a stand-up workshop I happened upon online and because my friend's always told me I was funny. That was enough for me to give it a go and I haven't looked back since.

My first stand-up performance was a showcase for family and friends at the end of the stand-up workshop I attended. As far as I can remember it went pretty well. I was really happy that people laughed in the right places and it's what encouraged me to actually pursue it.

No doubt it's the buzz I get that people are appreciating original content that I have created, produced and performed. There's nothing like it.

We all have bad/dud gigs. No matter what stage of our careers we're at. Also writer's block is a shitter. I can sometimes go weeks without writing anything remotely funny and eventually you begin to think: shit… Maybe I'll never write anything funny again! 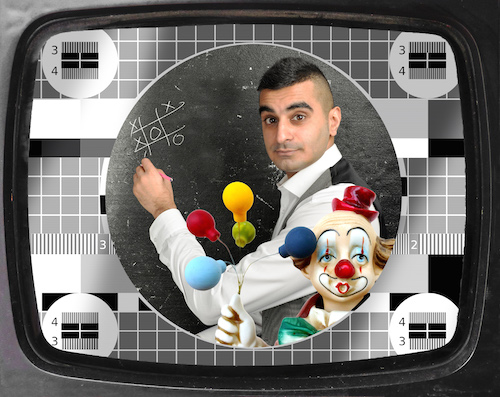 An important part of being a solo performer, like a stand-up, is self-awareness. I don't think you can become successful without it and part of being self-aware is knowing when something you've done has worked or not. For me it's getting a great reaction from the crowd and being able to feed of that to elevate my performance. The more people are into it, the more I can be myself on stage and the more I can create something unique and in the moment for the audience.

Great question. I'm really inspired by great comedy writers and so I'd love the opportunity to work with Chris Morris and Armando Iannuci. I think they're both amazing at what they do and they're people I could learn so much from.

Ed Fringe is the greatest showcase for live comedy in the world. It's basically a expo and it's the best place to be noticed and so it'd be mad to not be here. I love coming here because the crowds are great and because I get to hang out with my friends away from home for a month!

I think so. Yes. Ed Fringe audiences have a greater proportion of 'comedy fans' and so are not easily pleased. I feel like you have to work harder for their approval. And also because they are watching 4-5 shows a day and can sometimes be tired by the time they watch yours. It all means we have to step-up to ensure they're entertained.

Do not be afraid of trying new things. And talk to girls, it might surprise you to know they'll actually quite like you.

Gig hard, write hard, persevere and have a sense of self-awareness i.e. find out what works for you and hone that, don't try and be someone you're not, the audience will know. 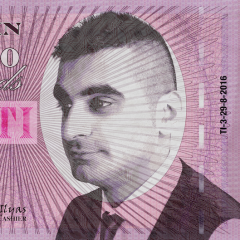 In the run up to Voice's latest coverage of the Edinburgh Festival Fringe, we have dozens of interviews with performers like the BBC's Tez Ilyas, who we'll be seeing up there.