"We did a lot of stuff in secret because my parents worked many long hours and that gave us an early insight into hustling for what it is you want and finding an alternative route."

Hiiiiii. I am Eme, an actor, writer, voice artist and creative. I tend to cringe introducing myself!

‘Flat shoes in the club??’ is a comedy theatre show watching this “girl” get ready for this big night out. There is dance and music and a lot of high energy as well as some really funny interactions with all these ‘people’ who keep on interrupting her. There is a sense of intimacy in that you are watching a young woman in her private space with all her thoughts uncensored. It’s told through the voice of a young Black woman so that balance of cultural and societal standards is underpinned throughout the show.

It’s the biggest Arts festival in the world and such a great avenue to showcase new work.

I think with it being the biggest, you have people from all over the world coming to participate and engage in people’s shows. It is rare to have the opportunity for that much exposure in such a condensed setting. The city of Edinburgh as the backdrop just adds that extra flavour!

I have always wanted to act from when I was young. It never really seemed attainable as I wasn’t allowed to even entertain this as a career. It was when I attended Identity Drama School (the early years) that gave me and others like me, a real sense of belief that we could build on our training and go out there and find work.

I have taken a lot of inspiration from women who look like me and have created a pathway for themselves. I am in awe of Kelechi Okafor, Michaela Cole, London Hughes, Gina Yashere, Clara Amfo (generally starstruck by her!)

It would be easy to say that my upbringing restricted me from following the pathway that I wanted. I grew up in a Nigerian household where my Dad (an extremely intelligent Mathematician) installed in us the value of education and education alone. It meant that simple pleasures like watching TV on school nights or social clubs were just not allowed. We did a lot of stuff in secret because my parents worked many long hours and that gave us an early insight into hustling for what it is you want and finding an alternative route. For many years I felt so disheartened by not being allowed to do these things but age and experience teaches you about sacrifices that your parents had to make and it made me appreciate every single win.

I think I was maybe 7 or 8 and we did a version of Noah’s ark for our end of year assembly. I was so annoyed at being cast as the Narrator because I was told that my voice was very good and clear. I mean they weren’t lying, I do a lot of Voice over work but still! I really felt cheated out of a costume!

Oh I would be a home organiser of sorts for sure. Anyone who knows me (and not even that well) will very quickly find out my love for homeware, DIY and organising. It is generally very therapeutic for me to sort organise, have labels facing. Nothing more relaxing in my opinion. :)

It gave me more artistic confidence because I am such a perfectionist Type A personality. There is order and planning to everything I do and the last few years meant all of that was out the window. I realised not everything had to be perfect on the first go and have really begun to embrace more doing rather than perfecting.

Heartbreaking, Challenging, Emotional, Empty and busy. (2021 was not my year!).

I am not even sure I know what cancel culture really means. It seems like a fancy buzzword and overshadows really important conversations. Art is subjective but it is also majorly influential and with that, a lot of harm can be done if you are putting out work that directly affects marginalised groups. I definitely don’t subscribe to that.

Adrian Lester. His stage presence is just….. everything!

Decide why you want to go up and be crystal clear with this. It will help to steer you in the right direction. If you want to go up to make money, that’s easy, don’t go! If you want to test new work/take a work in progress, then I would look into the free Fringe. If you want to get exposure and hopefully a tour out of the Fringe then be realistic with expectations. Get writing! Do this immediately as the more you get to know your show, the more you can continuously sell and push it in the run up to Edinburgh.

Finally, INVEST IN A GOOD POSTER. I cannot stress this enough as ultimately, this is what truly sells you at the Fringe. Edinburgh in August is an ocean of posters everywhere from boards, railings, flyers in shops and on the street. It is the one true powerful marketing tool to the on the day ticket purchases.

As a bonus, stay hydrated!

See Eme Essien: “Flat Shoes in the Club?” at the Underbelly during the Edinburgh Festival Fringe from 3-28 August. For more information and tickets visit www.edfringe.com or www.underbellyedinburgh.co.uk
Header Image Credit: Provided 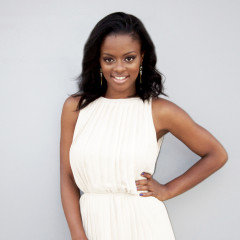 "We did a lot of stuff in secret because my parents worked many long hours and that gave us an early insight into hustling for what it is you want and finding an alternative route."