In Spring 2016 we ran a competition to find 13-25 year olds who are creating art that aims to make a difference. Ella Tighe, an independent dance artist, was one of three runners up.

First of all, congratulations on your selection. Can you tell us a little about the project that you entered to this competition?

Who I am is a contemporary piece of dance that was presented as part of Flamenko Coventry 2014. Flamenko Coventry was a week long festival of events, which aimed to diminish the stereotypes that most Roma people face and instead celebrate their strength, power and community. After talking to many Roma women, I became aware of the marginalisation they face within society and the stereotyped views that go with this. I had been commissioned by Rosamaria Kostic Cisneros (curator of Flamenko Coventry) to create a piece of choreography from a youth group from Arthur Terry School, Birmingham. As they were all young women I decided to explore this through the choreographic process, together we researched and watched the videos and interviews from romawomen.org, I wanted them to have something to question and interrogate, considering their relationship to this marginalisation. They performed the piece as part of the festival, embodying what these issues meant for them as young women.

Was the idea of 'changing the world' something you had considered before the competition?

When I make work my aim is not to change the world, that's a big job! My motivation however was to bring attention or awareness to a marginalised community. Small acts like this from artists of course can contribute to tiny shifts which in turn can have an impact on society, culturally and politically. If a handful of people engage with my propositions or start to think about the subject matter I am working with for just for a small amount of time, then just that can be enough.

Why do you think it's important that art attempts to bring about change?

Art (everything included in this; dance, music, poetry etc) often explores subject matter in alternative ways through artists' imagination and creativity, this offers alternative perspectives for audiences and allows them to see and witness alternative modes of thinking and being in the world. Without this offer to society we have the danger of being stuck in rigid patterns of thinking.

Do you have a favourite piece of art — in any art form — that really changed the world for you?

I don't have a single favourite, but I am inspired by the following: The work of Michael Clark (Specifically Come Been and Gone, 2009); the dance practice and work of Eva Karczag and Deborah Hay; the photography of Francesca Woodman; the music of 1919, Prince and David Bowie.

When did you start making art?

I started dancing when I was six. I started making work as a teenager, but it's only really in the past few years that I would consider myself to have made more seriously considered pieces of work. I graduated from my dance degree in November 2015, so I am only at the very early stages of my making career.

What else are you up to right now?

At the moment I am busy with various different projects. I work as an administrator for Independent Dance which is an organisation that provides a professional dance program (workshops, classes, discussions etc) for professional dance artists in London. I am currently working as a performer with Flux Dance Theatre, and over Summer we will be performing at the Oxfordshire Science Festival and Green Man Festival. I am also a yoga practitioner and teacher.

What would be your ideal project to work on?

What can we expect from you in the next year or so? Do you have any plans for new projects? 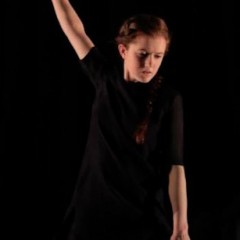 Can art change the world runner up: Ella Tighe

In Spring 2016 we ran a competition to find 13-25 year olds who are creating art that aims to make a difference. Ella Tighe, an independent dance artist, was one of three runners up. 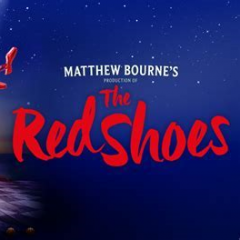