Transgender FIlmfestival London is a one day festival that shows a selection of films about the transgender community. We caught up with them for The Gender Issue to find out more...

What happens at Transgender Filmfestival London?

It's a one-evening-event consisting of three different programs, mostly shortfilms. Some filmmakers are there. You can see the line-up here. These Facebook pages are also important for communication with the audience:

When was it set up, and what prompted it?

In Summer 2014 the decision was made to have a festival on Saturday October 11, 2014. It's important to show well made trans*themed feature-films and documentaries: important for the filmmakers, important for the audience to reflect on the situation and to get another opportunity to meet. A presentation with many films can build an interesting event which can be a better frame than single monthly screenings. You get more attention. It's a cooperation with TRANSGENDER FILM FESTIVAL Kiel. London's Cinema Museum showed many trans*themed films in the past few years and is a good place to host such a filmfest. Fifty people attended the 2014-programs which is a high number for yet unknown independent film-programs. "It was great, there were about 50 people I think all happy" (Mark). London's second Transgender Filmfestival will take place August 15, 2015

Do you think awareness for transgender stories are growing in the arts?

Absolutely! It's the best year in history, currently mainly caused by well made US-television series like Orange is the New Black, Transparent, Hit and Miss, Sense8. Many new feature-films (e.g. Three Generations, The Danish Girl) and documentaries are in the making. Think of how popular Janet Mock, Andreja Pejic and bearded Conchita Wurst are. Caitlyn Jenner's Twitter account shows enormous sympathy & solidarity. So much openess in society. Public discussion is sensitive and respectful. Progressive legislation. Innovative language. Much awareness and much in progress!

Which art forms do you feel are particularly open to transgender work? Do you feel the music and visual arts industries are as open as the film world?

Both are equal expressions. Music videos combine the audio and the visual aspect and the recently awarded ones in Germany are good examples of this creative power, such as Chanson Des Vieux Amants by Gallavin and Giant in my Heart by Kiesza.

Are there any countries, or directors that produce particularly powerful transgender films?

Which films are you particularly excited to show at the festival this year?

Carl(a). When first released in year 2011 this nice film unfortunately got no feedback. With the success of Laverne Cox (Orange is the New Black), who has a supporting role in Carl(a) this changed. The actors from the film take part in this year's media discussion on television about Caitlyn Jenner. 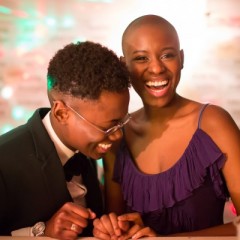 What goes on at...Transgender Filmfestival London

Transgender FIlmfestival London is a one day festival that shows a selection of films about the transgender community. We caught up with them for The Gender Issue to find out more...