Voice MagFeaturesWhere Are They Now?.…

Holly has completed all three levels of the Arts Award and now studies Comparative Literature at King's College London where she is passionately involved in the student drama scene.

In terms of my creative work at the moment I am studying Comparative Literature at King's College London. Alongside my degree, I am still acting and recently performed in the annual Greek Play - Alcestis - in ancient Greek at the Greenwood Theatre. This involved me learning Ancient Greek as well as allowing me to continue to develop my acting skills. In addition, I started to learn Swing dance last year and now am teaching it at my university as well as choreographing for our up-coming dance show 'London's Calling' and competition in Loughborough.

I also recently joined an all-girl authentic jazz dance troupe specialising in 1920s Charleston called the 'Dixie Dinahs', who I am now training regularly with. I have also worked with an immersive theatre company You Me Bum Bum Train with whom I voluntarily worked on a number of shows, helping them to originally source props, build sets and, later, I performed in the show myself.

Additionally I currently am a Youth Ambassador for the Southbank Centre which has given me many opportunities to immerse myself in different art forms and organise events for young people.

See a bit of what Holly's been up to at university on the KCL official website and the student union website.

One of the highlights of my arts career to date has been meeting celebrities like Stephen Fry, and Tom Daley through my work with You Me Bum Bum Train. Also getting into the Dixie Dinahs and building up to compete at the London Swing Festival and European Championships is something I am very excited for.

In five years time I hope to still be teaching Swing dance to students, be part of another Swing dance troupe, be working as a professional actor and potentially have my play performed and published.

How did you use your level of Arts Award to develop your creativity or skills?

As I went through arts award from Bronze to Gold I learnt to challenge myself more by exploring new art forms and be open to new ideas. I also found through arts award I had a distinct way of showing my reflections on my reports by writing in a brown papered notebook which I now use to collect all my thoughts and choreography ideas.

The process of having to record things that Arts Award encourages you to do has been the most useful skill that I am now programmed to do for when I am organising something or being creative. The spectrum of different art forms that arts award allows you to explore and combine is how I found Swing dance today which is now my main art form.

My advice to those doing Arts Award now is to create something that you think is ambitious and could help you in the future. I wrote a play that I performed myself and I now want to publish it (once it's been edited of course) but it is that little idea and project which I chose to develop beyond arts award that could lead to a career for me. So I advise you to brave with your ideas and freely choose what you want to do.

In what ways, if any, would you say doing your Gold Arts Award helped your creative development?

Gold helped me develop most creatively as having to research a certain new form with a practitioner in mind really opened up my eyes to new forms that previously I hadn't fully explored. In terms of creativity having to see a range of productions, art galleries, museums and different arts practices in performance and review them I found inspiring in the way some events conveyed styles of dance for example that I had never seen before.

Can you show us/take us through what you did for your Gold portfolio?

For Gold, my final main project was a play performed and written by myself based around Germany and Britain in WWII, a favourite period of history. It was through the form of letters and mixed-media of live and recorded voices that the play came to life. (Pictures from my performance below).

For my leadership challenge I created a review magazine and trained a group of students in Sixth Form how to review events and encourage them to explore new art forms. This was so successful that someone from the year below me has carried on this.

My arts issue research for forming an issue section was what really opened my eyes to the arts sector as a career. This is because previous to this I lacked knowledge about this sector and industry. However I decided to present the issue of the term actor vs actress. I also told people I wanted to act and they would say 'be an actress' (the term associated with the feminine) however I always called myself an 'actor' which implied that I was able to play anything not just human beings. It is a complex issue that was fascinating to explore. 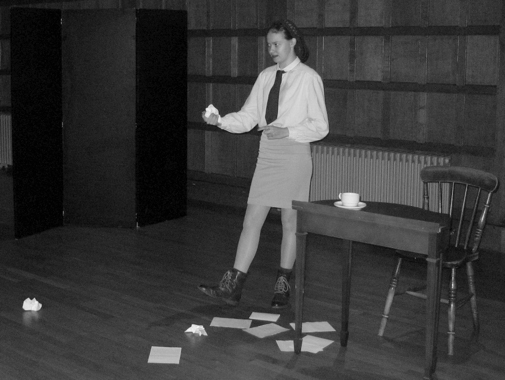 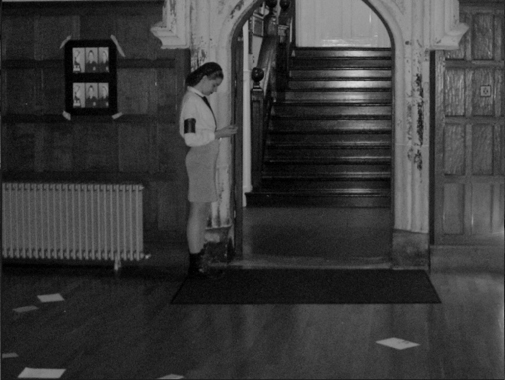 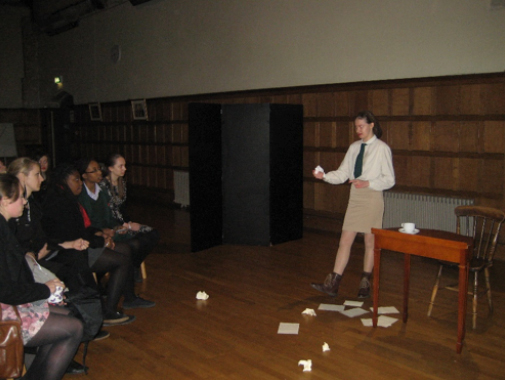 Could you share with us any highlights you can remember from doing your Gold?

The main highlight of my Arts Award was my performance and it's reception. It was a play that interacted with the audience putting themselves in a difficult position of identity regarding Jewish-German relations (as each audience member was given a passport that gave them an identity which had the intention of having them watch the play with a lens). The way that the audience enjoyed the performance and wanted more was overwhelming and spurred me on to develop this play further.

What advice would you give young people doing their Golds now to help them get through it?

With Gold Arts Award there are a lot of components to it so I would suggest not to panic, and break it down into smaller sections that you can deal with at one by one. Start perhaps with the thing that gets you most excited. For me that was the challenge of having to explore a new art form and produce a new piece of work. That way you'll enjoy the whole process a lot more! Also don't be afraid to challenge yourself as you never know what you can produce. 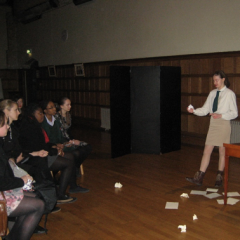 Where Are They Now?...with Holly Nicholls

Holly has completed all three levels of the Arts Award and now studies Comparative Literature at King's College London where she is passionately involved in the student drama scene.