Modernity is not what it seems

The gender equality metric is a system used to judge which countries are considered the best for women’s rights. Based on a study of more than 20,000 global citizens from four regions, its survey assessed their perceptions of women’s rights in 73 countries. In delving into this study, we should not mourn the state of women’s rights in these countries but instead act to raise awareness, determining how to improve them in the future. They are the untold stories of the modern world.

Jordan is one of the lowest-ranked countries on the scale. Traditional rights and practices often override those of women, even in law. In April 2010, a 33-year-old man was arrested for "hammering his wife to death and dumping her body on the highway leading to the Queen Alia International Airport". Yet he willingly confessed to murdering his wife, claiming that he did so to defend his honour, as she had been meeting a male friend without receiving his permission. There are around 12 honour crime cases in Jordan every year, and the perpetrators are often released without punishment. This deeply enshrined practice takes away not only women’s lives but also their right to seek justice. It sanctions the complete control of a husband over his wife, even to the extent of murder.

India, despite dramatic advances in recent years, also sees numerous crimes against their female population. Despite legislature acting to remedy such violence, it is often difficult to address issues across the entire population, especially in remote rural areas. Female infanticide, an illegal yet grossly underreported crime, still has over 100 crimes processed each year. In 1994, the government had to ban pregnant mothers from asking about the sex of their baby during an ultrasound to prevent the disproportionately high abortion rate for female foetuses. These practices unbalance the male to female ratio of the population, acting as a condemning statement about the worth assigned to women.

Despite their self-proclaimed title of ‘the land of the free’, even America cannot escape the legacy of sexism, especially in the workplace. 45% of women report that they have been harassed in the workplace, with a disproportionate number of African-American women coming forward. C. Brady Wilson, PhD, a psychologist in Scottsdale, Arizona, specialises in sexual harassment and workplace trauma. "There is a pattern to close ranks, admit nothing and blame the victim," he says, arguing that the taboo nature of the topic leaves women unprotected and often demonised. This is yet another example of legislature and attitudes compounding to disadvantage women. It appears that no nation is safe from discrimination.

Of course, these statistics cannot reveal the whole picture. The true global state of women’s rights is stashed away in the break rooms and back alleys, the courthouse bathrooms and doctor’s clinics. But just because these problems are disguised doesn’t mean we should stop trying to address them. However modern we consider the world today, there are still remnants of our sexist history weaving through contemporary affairs.

The untold stories need to be heard. And complacency is not an option. 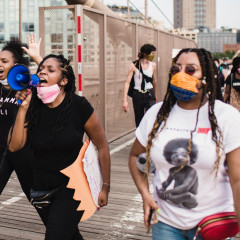 Modernity is not what it seems