At the turn of the millennium, the humble documentary had a reputation for simply being boring.

At different points of its lifetime though, the documentary has had the power to bring about true change. Right now, perhaps the biggest show on or off television is Netflix's doc Making A Murderer. It charts the trial of Steven Avery who, after having been exonerated after serving an 18-year prison sentence for sexual assault and attempted murder, now sees himself caught up in yet another high-profile allegation.

The programme is huge, and is currently fighting 'Be Like Bill' for the crown of the Internet at the moment. However, because of its infancy, we cannot say it has changed the world because it hasn't had much time to engender anything like change in laws, for example. On the other hand, I do fully expect it will have that kind of effect in a longer run – carrying on the good work started by the life-changing (but not quite world-changing) The Thin Blue Line.

Warning - some of the clips may contain swearing and images of violence.

Blackfish took a ferocious look at the inner-workings of the globally recognised water park, SeaWorld. It exposed the ill treatment of their orca whales when they were in captivity and the means of capture they endured. The film, and a well-timed tweet, led to SeaWorld overhauling how they worked in order to survive. The audience was furious, there was backlash from the global press and animal rights were put firmly at the top of the agenda. It is the most popular feature doc on Netflix.

I'll forgive you for not going out to find this one. It's nine hours long. The epic recounts the entire narrative of the Holocaust. Lanzmann interviewed survivors of the events as well as the SS and Nazi soldiers who did the killing. The documentary helped recognise the vast prejudice that still existed against Jewish people in Germany and Poland; both survivors and their children.

This was Michael Moore's second documentary to bring him global acclaim. The first was Roger & Me back in 1989. BfC is an Oscar-winning essay on the American history of guns and their use, with an emphasis on the Columbine School Massacre. It tackled the genocide of Native Americans and the amount of time the USA has spent at war since its Independence. It helped the country to reassess its stance on gun control. It led to K-Mart taking guns and ammunition off its shelves for good. One moving scene involved survivors demanding a refund on the ammunition still stuck in their bodies.

This one was a big world-changer. It almost acted single-handedly as the catalyst for the world's superpowers to sit at attention about climate change. Guggenheim worked with environmentalist Al Gore to create a case for global warming and humankind's responsibility for it. It showed us in a haunting fashion that global warming could have damning ramifications for the entire world. Above all, it signified that we needed to start paying attention to the evidence of global warming. The audience is left with a fervent call to arms to protect our home.

Despite being broadcast just past 11pm, this television documentary, narrated by Jon Snow made seismic waves which led to international pressure piling on the Sri Lankan government and civilian rebels, the Tamil Tigers, to bring the decades-long civil war to an end. It heavily upset the various factions of the war and international relations were up in the air (not to mention Macrae under diplomatic security). Catch it on All 4.

This one didn't so much change the world for the good. Leni Riefenstahl is the foremost propaganda filmmaker of the Nazi movement. She made Triumph in order to rally the Nazi territories and renew encouragement for the Nazi movement. It acted as a battle cry for the Nazis to go ahead with full force to ensure the longevity of the Third Reich. The war was fully backed and the belligerents were hated more than ever. Frank Capra said of the film that it: "fired no gun, dropped no bombs. But as a psychological weapon aimed at destroying the will to resist, it was just as lethal…" And he rebutted with…

A series of films funded by the US Government in direct response to Riefenstahl's film. It hid the idea that the Nazis could win the war by assuring the American public that the Nazi system engendered support by brainwashing them. It led to the support by the American people to join forces with the Soviets in order to partake in WWII.

It didn't quite change the world but it changed the nature of one of the world's most global businesses. In order to examine the health effects of fast food, Spurlock embarks on a diet of only McDonald's meals for a whole month. It was spurred on by a lawsuit against McDonald's that ended in their favour unless it could be proven that eating McD's is chronically unhealthy. In steps Spurlock. The findings portrayed saw the world's biggest fast food chain overhaul their menu by adding a quota of healthy food.

The most haunting doc on the list. Wiseman led us on a tour around the Massachusetts Correctional Institution Bridgewater. The hospital for the "criminally insane" houses patients who are grossly abused in barely imaginable ways. The film was the first of its type to be banned from circulation in the United States until 1992 on the grounds that it invaded the patients' privacy, despite having explicit permission to film constantly supervised. In the years following the case, a number of similar facilities were shut down or scaled back. Bridgewater stayed open. It did a great deal for mental health treatment and awareness.

Many, many documentaries have been made about the Palestine-Israel conflict. Not one made as much of a difference as Occupation. It takes an informed look at the facts and figures surrounding the conflict with a particular look at the intervention of the US Government. It gives the audience the tools to look at the conflict based on their own decisions as well as making it a visual treat. It brought about a revelation about America's allegiances and opinions by both sides of the civilians affected.

Any you think I've missed? Let us know in the comments! 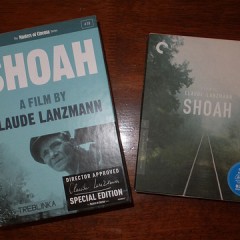 At the turn of the millennium, the humble documentary had a reputation for simply being boring.