How IWD started, what it means for us today, and what it may come to mean in the future regarding how some women view women.

International Women's Day was created to champion equality for women. But as society progresses and what it means to be a woman evolves, what will the future of this day look like and how can we ensure that its fundamental reason for existing extends to all women, and not just cisgender women.

In its infancy, IWD was largely about suffrage and working rights, set against the backdrop of the major international conflicts that unfolded through the 20th century. The first IWD was held on March 19, 1911,  but was not very international as it was only celebrated by Austria, Denmark, Germany and Switzerland. In the UK, 1914 saw the outrage of women denied the right to vote manifest itself on March 8th in the form of the suffrage march from Bow to Trafalgar Square. At that time, Sylvia Pankhurst was arrested in front of Charing Cross Station on her way to speak at Trafalgar Square.

The uprising for women’s rights was by no means limited to the UK. Russian women went on strike for four days in 1917 until the Tsar was forced to abdicate, and the provisional government finally granted women the right to vote.

1918 saw some very minor progress for the UK with the ‘Representation of the People Act’. This allowed women over the age of 30 who met a “property qualification” to vote, meaning that 8.5 million, two-thirds of all women in the UK at the time, could vote. It wasn’t until 10 years later, in 1928, that the ‘Equal Franchise Act’, allowed women over 21 to vote. It wouldn’t be another 47 years until the United Nations celebrated International Women’s Day for the first time, in 1975.

The 21st century saw a lull in the activity and progress for women’s rights, and many people thought that equal voting rights had been the only goal, not realising that, in fact, the ‘Equal Franchise Act’ was only the start of what is still a very important and global mission.

Today, IWD provides an opportunity to shine a spotlight on institutionalised and systemic mistreatment and the oppression of women.

It’s a chance to campaign for funding and support for charities and movements such as the  Global Fund for Women. A campaign for political empowerment, reproductive rights and several other critical issues for women worldwide.  Happy Period, which works to destigmatise periods and ensure all people who menstruate have access to supplies for it, including homeless people and UN Women, which promotes gender equality and political involvement.

These are just three of the many organisations that are working to bring about permanent change for womankind. The levels of gender inequality, mistreatment and sexism are different worldwide, therefore the battles for women are different. But the sentiment is still firmly rooted in what started it – the desire for equality.

We also celebrate the progress and good things that women have achieved, such as, in 2020 alone:

And these are just a few women who have achieved great things in their time, there is no doubt that there are women all over the world, making strides.

But what about the future for IWD?

Unless you’ve been completely disconnected from all socials and indeed the news, you’ll be aware of the changing nature of how society uses and perceives the term ‘woman’. Pronouns are no longer assigned but chosen, and with growing support and acceptance of trans people, ownership of the title ‘woman’ has become even more of a point of contention and debate.

What do you think of when you say the word - woman? Do you think of an idea, a person born with female reproductive organs, beauty, strength or delicacy? Perhaps you think of someone you know or admire? Whatever your instinctive mental picture, understand that everyone’s will be different. There may be similarities, but undoubtedly plenty of differences because the concept of ‘woman’ is not simple or limited, and is not something that can be decided by someone, for someone else.

Those who impose their views on a person’s right to choose who they are, exhibit the same controlling and oppressive thinking that the Russian strikes, the Suffrage protests and any other campaign for women’s rights fought so hard to overthrow. Right? Well, not according to the rising number of TERFs (trans-exclusionary radical feminists).

Per the Women’s Liberation Front, an organisation rooted in the TERF mentality: “Legally redefining ‘female’ as anyone who claims to be female results in the erasure of female people as a class. If, as a matter of law, anyone can be a woman, then no one is a woman, and sex-based protections in the law have no meaning whatsoever.” This idea of protecting some people by rejecting others is a recurring trait in many radical political debates. It is also a form of manipulation that thrives in times of fear, claiming to protect a particular vulnerable group at all costs, appealing to the need for extreme action.

Transphobics will often argue that women can only be people who menstruate. I believe the reality is that not everyone who menstruates identifies as female, and many women don’t menstruate.

Unfortunately, this opinion is not held solely by TERFs. People with less extreme feminist reputations, like J.K. Rowling, have been equally guilty of gatekeeping the title ‘woman’, arguing that you have to meet certain criteria to be eligible for a certain identity. It is hardly surprising given how the idea that a person’s biological composition at birth is the primary and overarching definition of their identity has been entrenched into our society and our education, but it’s not an excuse.

Suppose IWD does not take a stand against this kind of toxic exclusivity. In that case, I can see IWD being hijacked by TERFs, extremists, transphobics and just generally far-right activists in their continued attempts to exclude women who don’t meet their preferred checklist to qualify for the name of ‘woman’. Things as ridiculously subjective as how openly and conventionally they portray their femininity can form part of the basis of that kind of exclusivist thinking.

It is easy to disguise these prejudices to appear as if they are simply trying to protect what it means to be a woman. It is arguably natural when a group of people with something in common is attacked or mistreated for them to band together. There is certainly a lot of physical pain that comes with being born female (menstruating, childbirth etc.) and emotional pressure.

“I will not call a male “she”; thirty-two years of suffering in this androcentric society, and of surviving, have earned me the title “woman”; one walk down the street by a male transvestite, five minutes of his being hassled (which he may enjoy), and then he dares, he dares to think he understands our pain? No, in our mothers’ names and in our own, we must not call him sister.” This was a reaction to Beth Elliot, a trans woman and musician who performed for the lesbian conference. 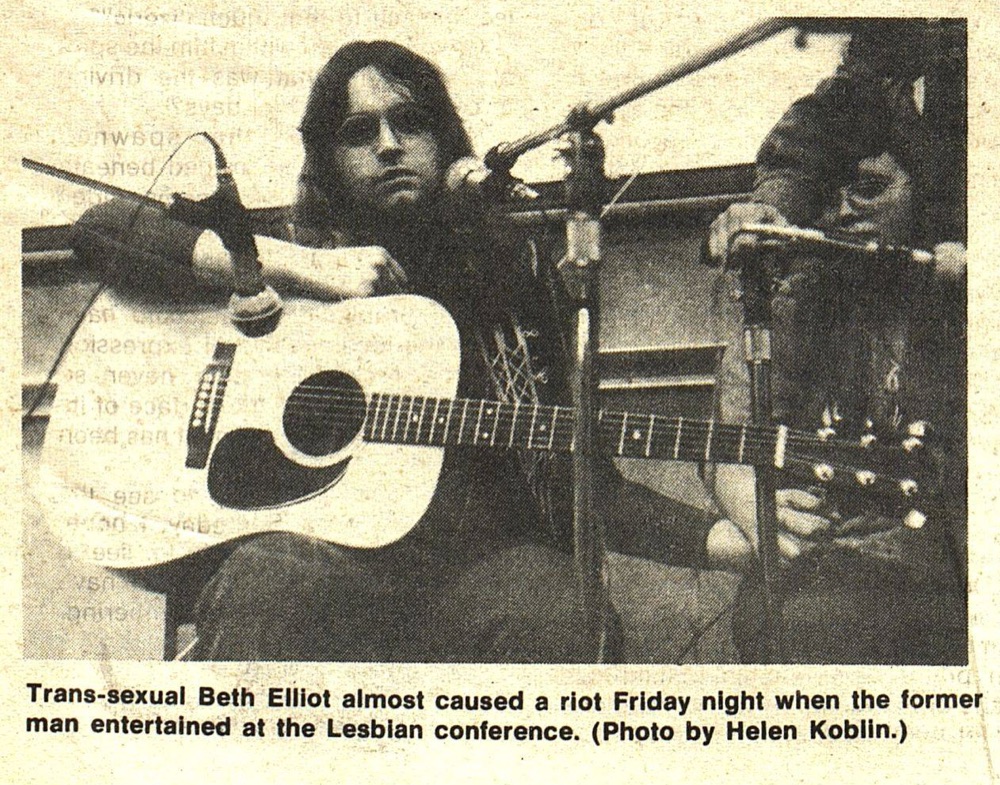 Morgan's statement sums up the message of anti-trans radical feminists today but it does not give cisgender people the right to determine anyone else’s identity but their own. Ultimately, IWD is not about an ‘us and them’ thinking, no matter how much it may seem to feel that way at times – when we hear about the pay gap and political representation and such like, it can sometimes generate a desire for an actual enemy. When, in reality, it’s about equality.

It may seem ludicrously idealist, but if the history of IWD has taught us anything, being a woman has meant fighting for equality, no matter how unrealistic it may seem. And that is what I hope IWD will always strive to achieve.

Here are the websites for the organisations I have mentioned, as well as some additional resources that may be helpful. 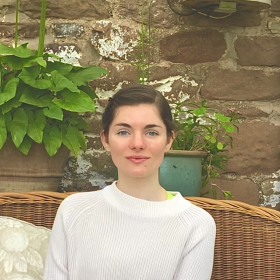 Ophelia is Business and Projects Assistant at Voice. She graduated from the Royal Northern College of Music as a Mezzo-Soprano who adores Faure and Mahler, but also has a keen enthusiasm for pop, Jazz and the likes of Cole Porter. She is a Portrait Artist, Songwriter and an all-round zealot of the arts. 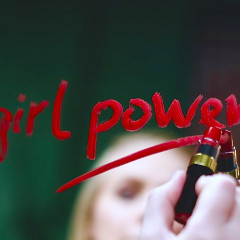 The future of International Women's Day

How IWD started, what it means for us today, and what it may come to mean in the future regarding how some women view women. 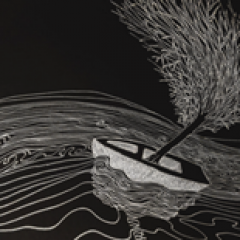