Watch an exclusive first look at Jay Martin's documentary on Mansfield's historic shift from Labour to Conservative in the 2017 General Election.

REDt’BLUE tells Mansfield’s story; a former pit town born off the back of the coal industry. Mansfield shocked the nation when in 2017 it became one of the first constituencies of its kind to abandon its Labour Party heritage, stretching back almost 100-years, and aim to find a brighter future under Ben Bradley’s Conservative banner.

Jay Martin is a filmmaker and documentary producer and writer. He produces and self-funds all of his own work and has experience in producing music videos. His first documentary was called ‘NG2’ which told the story of Nottingham’s first serial killer.

Read our interview with Jay here.

Check out the other films in our Winter Film Festival here. 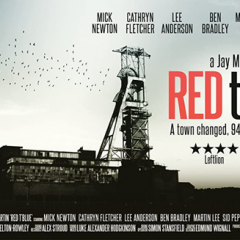 Watch an exclusive first look at Jay Martin's documentary on Mansfield's historic shift from Labour to Conservative in the 2017 General Election.