We speak to Jay Martin, the creative mind behind REDt’BLUE, a documentary short that explores Mansfield’s swing from Labour to Conservative in the 2017 General Election. Voice is showcasing an exclusive first look at REDt’BLUE as part of our Winter Film Festival.

My name is Jay Martin, and I'm Mansfield-based writer/director/producer, with an unparalleled passion for visual storytelling. I began studying at the Confetti Institute of Creative Technologies in September of 2015, from there I began to develop Catharsis, my directorial debut. The film was made over a year, in and around the greater Nottinghamshire area, with the help of some of the most dedicated, and passionate creatives in the Midlands. In May of 2017, I began developing my next short film project under the working title: 'After Dark'. In 2020, I completed work on my political documentary-short, 'REDt’BLUE'.

REDt'BLUE is a documentary short, focusing on how, and why, the ex-mining town constituency of Mansfield swung from the Labour party – which had held it for a consecutive 94-years – to the Conservative party in the 2017 snap-election.

I was inspired to make this film after the results of the 2017 election came in, I can vividly remember being sat at the pub, and us all looking around and saying, “How did this happen?”. It’s just one of those things, you always assume Mansfield is Labour, and so when Ben Bradley became our first Conservative MP in 2017, I thought to myself that there had to be a deeper story buried in there. One of where we’ve come from, and where we are now.

As a writer/director, for me the creative process always begins with the spark of an imagined story. A scene, a character, a moment, even. Once I have that, I’m away. It takes me a long time to develop my projects, as sometimes I can be my own worst enemy, I constantly doubt my ability and knowledge, but have learned to take in pride in what I’ve been able to accomplish on my own, this early in my career.

For REDt’BLUE, the creative process began when I made the decision to seek out initial interviewees for research purposes. Sitting down with ex-miners, politicians, and people who truly cared about Mansfield was really exciting, and gave me the reassurance I needed to give this project the greenlight, and begin putting together a team of the best creatives I could. Once you have a solid team behind you, the only thing holding you back is your own ambition really, and I think REDt’BLUE proves that a story about mining, politics, legacy, and history can be interesting and engaging.

It might shock readers that the biggest obstacle I came up against in the making of REDt’BLUE was The Labour Party. Local members were EXTREMELY hostile towards me and this project, and I was constantly bombarded by accusations of Conservative bias. It’s funny really because this couldn’t be further from the truth. Sonya Ward, who stood to be Labour's parliamentary candidate in Mansfield during the last election, would not give me an interview no matter how hard I tried, and the Mansfield Labour Party as a whole was very dismissive of the entire project.

Thankfully, I was able to go for a pint with Mick Newton, and Martin Lee, a coalfield campaigner, and the chairman of the Mansfield Labour Party respectively, once I was able to sit in front of the two men and to make my case for why this film was so important to make, and that we would be taking a neutral look at the political factors, we finally had our Labour voices on board.

I’m extremely proud of the score for this film, composed by Jack Bennett. 18-minutes of wholly original music spread across 7-cues, is a rarity for a short, but I think Jack did an incredible job at capturing the emotion of this story, he added the soul to what would have been a pretty cut and dry political tale.

If I could go back, I would have loved to have an elected Labour voice in the film. As it stands, we have Mick Newton, a Labour supporter and coalfield campaigner, and Martin Lee, chairman of the Mansfield Labour Party, but having an elected Labour voice in the form of an MP, or party official, would have made a world of difference. In the end I think the film turned out great, and each political voice is kept in check by their opponents, the feedback we’ve had is that the film truly does come across as neutral, and doesn’t force a political opinion on the viewer, which is great news for us!

You can watch an exclusive first look at REDt’BLUE on Voice now, as part of our Winter Film Festival.

You can find out more about REDt’BLUE on the film’s Facebook page.

We have previously featured Jay Martin as part of our Instaview series, and you can watch that interview here. 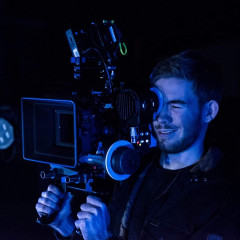 We speak to Jay Martin, the creative mind behind REDt’BLUE, a documentary short that explores Mansfield’s swing from Labour to Conservative in the 2017 General Election. Voice is showcasing an exclusive first look at REDt’BLUE as part of our Winter Film Festival. 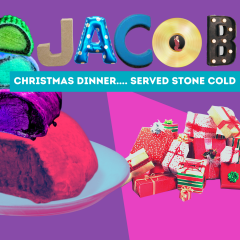