We know that bullying takes on many shapes and sizes, and affects everyone from children to adults. One form that we’ve seen a rise in over the past decade is cyberbullying, and with the increasing number of social media platforms, and the heavy reliance on technology, it’s unsurprising that cyberbullying has become the fight against bullying's biggest and most prolific problem. If being bullied by those in close proximity wasn’t damaging enough, take a moment to realise that social media provides people from all over the world with access to almost anyone and everyone.

Cyberbullying, sometimes known as cyberharassment, as described by anti-bullying organisation ‘Dontstickit’ is a ‘form of bullying which is carried out using modern forms of communication, such as the internet or mobile phones. These types of technology make it much harder for victims to get away from their tormentors. Victims may feel like they cannot stop using social media or their mobile phone because these things are now considered to be very important forms of communication. It allows greater anonymity for the perpetrators. It is possible for cyberbullies to target people who are thousands of miles away and who they may never have met in real life.’ (dontstickit.org)

Cyberbullying can affect people of all ages and is at times not even done in secret. Cyberbullies can torment their victims out in the open, under their pictures or things they post, for everyone to see (also known asTrolling), which, as you can imagine, would only make the situation worse. Being bullied is not something people are always willing to disclose; it’s a humiliating act that can cause many people to isolate themselves, being bullied publicly on social media, does not allow for that.

The issue at hand

Even in a pre-Covid-19 society, we engaged heavily online, but as you can imagine, lockdown has seen an increase in the time we spend online, and sadly, with that, comes a higher number of online abuse cases. Recent data from Childline shows that ‘Before lockdown measures were first introduced, from January to March per month there were on average 134 counselling sessions with children on online bullying.’ From the months of April to October where lockdown measures have been enforced the numbers have increased quite dramatically. ‘From April to October 2020, our trained counsellors held 1,593 counselling sessions with children about online bullying. This average increased by 70% from April to October to 228 counselling sessions per month.’ (NSPCC OP)

“Every year, thousands of children contact Childline about their experiences of cyberbullying and tell us it can feel impossible to escape. Lockdown has exacerbated these feelings for many young people, and from April to October, our trained counsellors held more than a thousand counselling sessions with young people about online bullying. As we are now in another national lockdown in England, many children will now face the prospect of spending more time online. Bullying can have a significant impact on their mental health and wellbeing, and this can be felt long into adulthood, so it is vital that we are here for them and that they know who they can turn to for help and support”

It’s important to remember that the number of people who reach out to organisations is only a small percentage of people who experience bullying. Some people suffer from bullying in silence, not speaking about it out of fear, shame or other contributing factors we typically see in bullying cases.

Cyberbullying also has a more troubling side. Victims of cyberbullying have reported being asked to send sexually explicit pictures or have been pressured into engaging in sexually explicit conversations. We have all seen stories about those images then being circulated online to other groups and other online users to humiliate the person featured in the picture. This is an incredibly difficult thing to deal with, and the rise in this kind of cyberbullying leaves people feeling powerless and ostracised.

According to an article by ‘Support Solutions UK’;

Here are some quotes from child victims of cyberbullying who have reached out to organisation Childline about their experiences with cyberbullying directly from the NSPCC;

“Ever since lockdown began, all of my friends have completely stopped talking to me, and they’ve blocked me from social media. I’ve no idea why they’ve done this, it’s made me so paranoid. Now I’m really scared to go back to school. I don’t know who I’ll talk to”. (Boy, 15)

“I’m off school right now cos of Covid, but the bullies are still mean to me on social media. They text me saying things like I’ve got no friends, or will go on and on about how dumb I am. Sometimes I wish I was in school; I’d rather them punch me instead of saying horrible things about me all the time on the internet.” (Girl, 12)

Although it seems that children are more likely to experience cyberbullying, it can affect people of all ages. In my opinion, those who are of an older age group are less likely to report it officially. Being bullied as an adult is not considered as serious as when you are a child. The consensus from society seems to be that as an adult being bullied is something you should be able to resolve on your own, and this alone is not encouraging for adult victims of bullying to come forward. The absence of conversation surrounding adult bullying does not mean that it is not happening.

What is being done?

Social media platforms like Instagram have measures [I will signpost to Sadhana’s article here] in place to help reduce receiving offensive, unwanted comments from their users. The problem is that there are many ways around them, and the rules aren’t equally enforced. For example, suppose a social media account is blocked for abusive or offensive behaviour. In that case, it’s effortless for that user to make another one and continue the pattern of abuse they were inflicting on their victim.

With children these days being more internet savvy, this is not a hard thing for them to achieve if their goal is to relentlessly harass another. Children, and adults alike, don’t usually just have one device with access to the web. iPads, laptops, phones and consoles all give us access to the internet whenever we want, and with most people having at least two of these devices, the amount of access is too great to combat every cyberbullying case.

The lack of legislation surrounding cyberbullying is a hindrance, and the result of technology changing faster than the law can keep up with. Equally though, the government hasn’t made enough effort to really curb the situation. With tech companies having a massive amount of power in our society and having total control over their policies and internal regulations, there’s few external forces policing these policies, and ensuring they are being applied equally, fairly, and effectively.

With the absence of legislation, it is lucky that organisations do exist and do their best to – if not fix the issue – support those who fall victim to it, as well as having a comprehensive list of resources to support parents in keeping their children safe online. 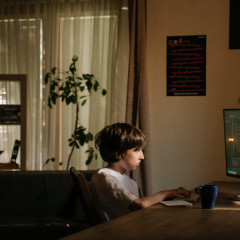 The rising issue of cyberbullying 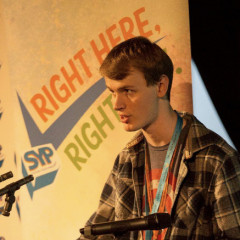