Three novels, two memoirs, one piece of journalism, a self-help manual, a graphic novel, one consolatory book on physics, and a collection of letters. Here are our Top 10 books of 2018

We are in an age where screens are all vying for our attention, and the desire to 'just quickly check...' a social media platform is considered by some to be addictive. However, those who manage to disconnect themselves from the screen (or at least use it to view something other than the latest awful news or arty shot of lunch) will have found that 2018 was a great year for literature.

To that end, here are 10 of the best that came out over the last 12 months.

Fear: Trump in the White House (Simon and Schuster) 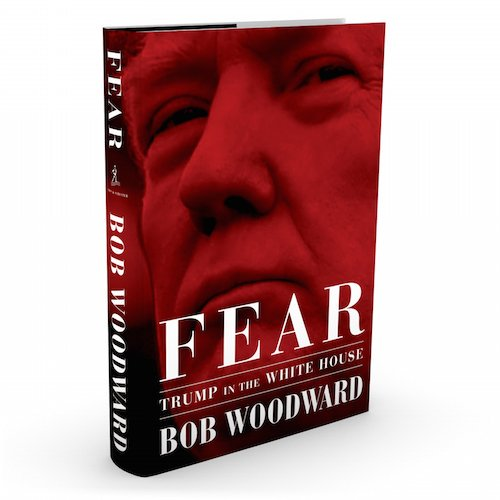 As the Mueller-Russia probe inches closer to its verdict, Bob Woodward’s Fear: Trump in the White House offers straight up journalistic insight into the chaos of the Trump administration. Woodward exposed Nixon and the Watergate scandal, so if anyone’s got a handle on the situation, or the threat of impeachment, it’s him.

Based on hundreds of hours of interviews with first-hand sources, with the majority taped and on record, Fear presents the facts and let’s you make up your own mind from there. For more truthy, tell-all sensationalism (should you prefer your news juicily anecdotal and essentially true), Fire and Fury: Inside the Trump White House by Michael Wolff makes for a good companion. Surely you’ve had enough truthiness by now though, right?

Normal People should be top your list. Generous, warm, frankly intimate and witty, Sally Rooney tells the story of Marianne and Connell, two Irish teenagers with an off-and-on relationship, whose clandestine relationship plumbs the depths of modern love. Expect an unsentimental but deeply felt observation of extraordinary feelings in ordinary lives, the feeling that ‘it’s not like this with other people.’

Since her debut novel Conversations with Friends, everyone’s been raving about Rooney. But it’s one of those rare instances where the hype is justified. If you’re still in doubt, just read the way critics have been moved to talk about this book, and struggle to compare it togethers. Is it Pride and Prejudice with hangovers and finals or a quasi-erotic One Day on heat? To be honest, neither review does it justice. You’ll just have to experience it for yourself.

The Order of Time (Allen Lane) 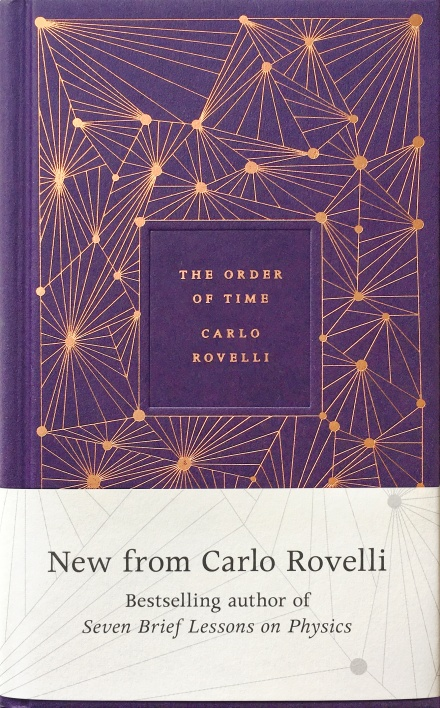 Is reality more like a stone or a kiss? As quantum physicist Carlo Rovelli puts it, the world we experience is a complex web of happenings rather than objects. In the same way it makes little sense to ask whether a kiss will be here tomorrow (since we are certain of a stone’s permanency, and whether or not it will be there), investigations into the fabric of time arises from our perception of happenings, of actions – and indeed, kisses.

Translated from Italian into English this year, The Order of Time is a spectacularly beautiful book. Journeying through the history of time and what we understand it to be, there a plenty more analogies and fascinating insights into the behaviours of reality. Rovelli brings together science, philosophy and art in this enlightening and consoling read. You will never look at the world in the same way again.

Following the financial crash, a coalition government, the London riots and now Brexit, some have likened the state of the nation to a sort of mid-life crisis. And in Middle England, that’s exactly where we end up. Jonathan Coe revisits characters from his earlier novels later down the line, including Benjamin Trotter, the school boy from The Rotter’s Club. Benjamin is now fifty, divorced and a struggling novelist who lives in the countryside. Coe takes aim at our tendency to mythologise good ol’ Blighty.

Skewering religious bouts of nostalgia, Middle England is wryly comic, historically aware and dripping with irony. On the subject of Brexit, the book is pretty even handed and manages to take stock of a climate of feeling. If you’re looking for something headier on this front, Ali Smith’s Autumn is probably your best bet. Alternatively, there’s The Penguin Book of Brexit Cartoons. At this stage, honestly, I wouldn’t blame you. Hang in there, pal. 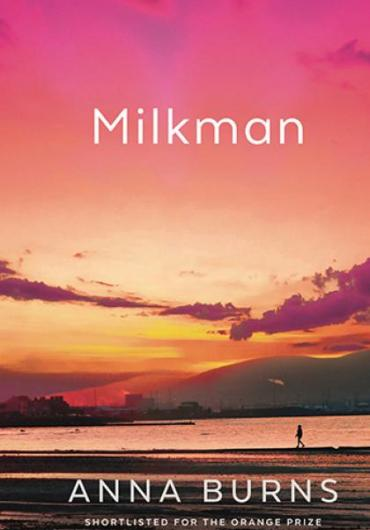 Readers are divided over Anna Burns’ latest novel. Milkman, this year’s Man Booker prize-winner, tells the story of an 18-year-old girl in 1970s Northern Ireland who is predated upon by a powerful man known only as the milkman: ‘I didn’t know whose milkman he was. He wasn’t our milkman. I don’t think he was anybody’s.’ None of the characters have names, or at least in the conventional manner.

Some say its experimental prose-style is brilliantly inventive. Others think it’s wilfully oblique, too challenging to be enjoyable. The book feels claustrophobic and oppressive to read, touching on themes prescient to the #MeToo movement and beyond. That said, while not overtly political, Milkman is as much about the Troubles as personal and communal suffering. Ultimately, it’s the narrator’s voice you’ll remember. Expect disarming humour, ambition and something truly original.

12 Rules for Life: An Antidote to Chaos (Allen Lane) 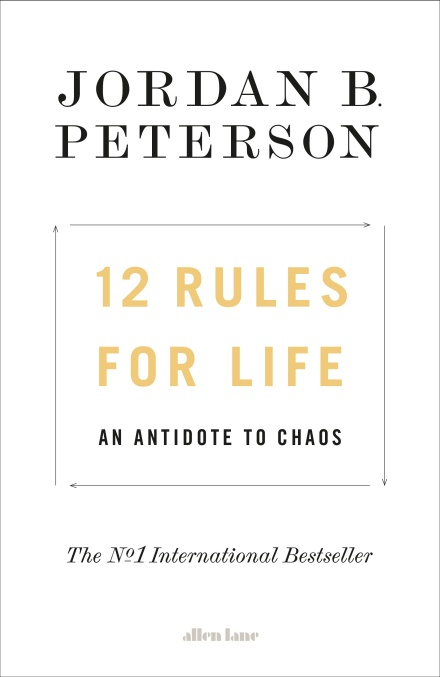 Shooting to fame over controversial comments concerning free speech and gender pronouns, Jordan Peterson is the beef-eating, Snowflake-bashing Canadian psychologist and conservative intellectual, whose evangelically-held convictions have garnered him somewhat of a cult male following. His views have been praised by the Alt-right, though perhaps for the wrong reasons, and generally stand as reaction to liberal thinking.

At its heart, 12 Rules for Life is a self-help manual for young people. There’s much worth disputing in this book, which is why it’s on the list. Peterson has become so notorious he even appeared in an interview with GQ this December. It’s no use ignoring him, or those who align themselves with his ideologies, and they’re impossible to disagree with if you don’t know what they are. You may even find yourself nodding along to some of what he has to say. Read, digest and really question what’s going on here.

The Letters of Sylvia Plath (Faber) 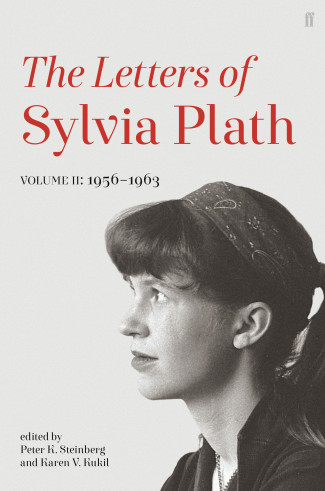 Following the release of the first volume last year, Peter Steinberg and Karen Kukil released The Letters of Sylvia Vol II: 1956 – 1963 this autumn. Fascination with the Transatlantic poet’s private life and scrutiny of her turbulent relationship with Ted Hughes has made this collection one of the more anticipated titles of the year. Plath’s much talked about correspondence, previously unseen, with friend and former psychiatrist Ruth Beuscher, covers in detail her estrangement from Hughes. The collection offers far more than this brief exchange of fourteen letters. They are beautifully, nimble and at times gritted examples of a professional writer coming into her prime.

This is Going to Hurt: Secret Diaries of a Junior Doctor (Picador) 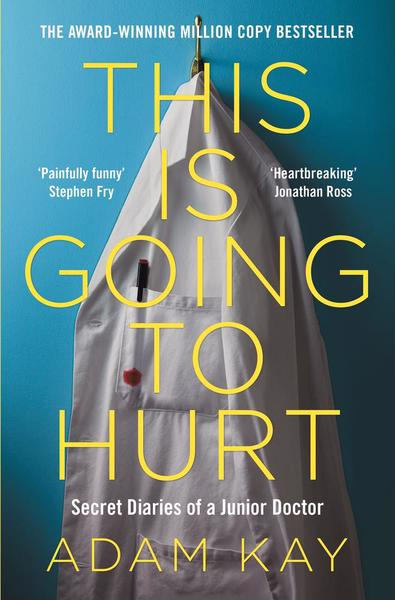 Heads, shoulders, knees and funny bone, Adam Kay documents the bizarre and demanding world of medicine. Based on his diaries as a junior doctor, The is Going to Hurt is painfully funny and is sure to have you cringing at some eyebrow-raising ailments (Kay worked as a senior registrar in obstetrics and, yes, gynaecology). My favourite has to be what the author calls Eiffel syndrome, the insertion of foreign objects into choice orifices. How did that get up there? he would ask the patient. ‘I fell, Doctor, I fell.’ Yes, indeed – and with such precision!

There are plenty of spit takes and laugh out loud moments. Years before the book’s release, Kay was performing this material at the Edinburgh Fringe for years. The comedy is tried and tested, with an emotional twist to end. All of this culminates in a grim, rallying cry of support for the NHS, the favoured political football of generation. Outrageous and ultimately moving, Kay offers insight into the life of a junior doctor and the increasing demands placed of one of the toughest jobs around.

Michelle Obama is the first person of colour to have the Christmas No 1 in the UK, and the first woman to take the top spot since JK Rowling in 2008. Let that sink in. Putting to one side the half a million copies shifted (not to mention the 3m copies sold in the US), Becoming takes us from the south side of Chicago, through her time as an Ivy League undergrad, to becoming First Lady.

Epitomising her ‘When they go low, we go high’ mantra, Obama has written an arresting and dignified account of her years at the White House. Give their rocky history with its current tenants, she remains even handed in her condemnation of the braggadocious birther-in-chief and President of the United States. Her scorn is instead reserved especially for the political process itself and the ugly face of partisanship. And with that, Michelle Obama says she has ‘no intention of running for office, ever.’ So that’s the end of that then. 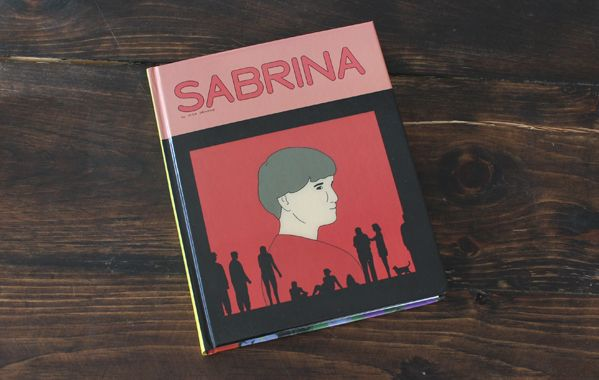 The first ever graphic novel to be shortlisted for the Man Booker Prize, Nick Drnaso’s Sabrina has been praised by Zadie Smith as a ‘masterpiece’ of our times. Dealing with issues of disinformation in the post-truth age, the book is a fractious modern mysterious about paranoia, tragedy and conspiracy theories. If you can stomach the seemingly monotonous graphics, which themselves work to create a disturbing sense of repression and foreboding, you’ll be hooked. 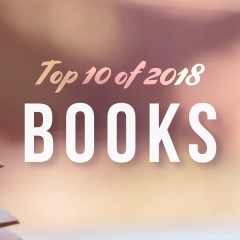 Three novels, two memoirs, one piece of journalism, a self-help manual, a graphic novel, one consolatory book on physics, and a collection of letters. Here are our Top 10 books of 2018