“We’ve got a humanitarian crisis on our hands” - Invisible Voices

The UK is in the midst of a housing crisis, and since 2010 rough sleeping has doubled. Brighton in particular has seen house prices sore over the last few years and is now the second most expensive place to live and rent in the UK: this is poignantly significant considering that Brighton now has the second largest homeless population in England. Brighton council’s 2017/18 housing strategy statistical bulletins states that ‘the loss of private rented housing is again the most common single cause for being accepted homeless in the city’.

The Sunday Street Kitchen, which takes place in Brighton city centre, is run by the Sussex Homeless Support (SHS), and provides essential services from food, clothes, legal advice and veterinary care for the homeless and their pets. Jim, the founder of SHS explains the worsening situation.

“People can be on the street for four to five months who are classed as immediate priority before they get any sort of accommodation - these can be guys from the army or from prison.”

Only recently has the government made a move to combat the crisis with the 2017 Homeless Reduction Act. Shelter, a charity that campaigns to end homelessness, says the act is ‘one of the biggest changes to the rights of homeless people in England for 15 years’.  Access and entitlements to help have been extended; local networks are being encouraged to collaborate; and the overall strategy is geared towards prevention rather just response measures.

Jim travelled up to Westminster to hear the reading of the Homeless Reduction Act, and he was shocked by how little people seemed to understand of the reality.

“I was the only person who understood what homelessness was, many think that if you are vulnerable you immediately get a place because you are vulnerable, but its not like that, at any one time there's a waiting list of 70 people.”

Resolving homelessness is made all the more difficult by the varying definitions of what it is. ‘Homelessness’ is a broad term that covers a range of living situations including but not limited to: those at risk of domestic violence; people living in temporary and emergency accommodation, (which the council say affects 2,000 households) or, people living with friends and relatives. Yet, rough sleepers are not considered within this definition of homelessness; it is precisely this inconsistent terminology that contributes to inaccurate data.

For example, the ‘hidden homeless’ refers to those who are not included within the official homeless figures. These can be people staying in vans, sheds and on discarded boats; Brighton Marina supposedly has around 300 people seeking refuge in boats. A large percentage of this hidden population is not recognised by the council and after researching the statistics there is a significant disparity between what the council reports and what local action groups report. SHS claim there are between 300 to 400 rough sleepers; a significant variance from Brighton council’s annual winter estimate, which counted 178 in January 2018.

Jim argues that unless there’s enough accommodation for every single person, homelessness will never be solved. Eviction orders, court orders and legal fees are one of the biggest obstructions to the immediate reduction of homelessness. The government has dedicated £50 million towards tackling homelessness but much of this gets swallowed up by administration bodies and companies that provide services to the homeless. Jim tells me that to get a squatter out of a building can cost up to £16,000, while at the same time it falls on NGOs and charities to provide essential and basic items such as food and clothes to the homeless. This is time and money spent fighting the effects rather than the core issues of homelessness. 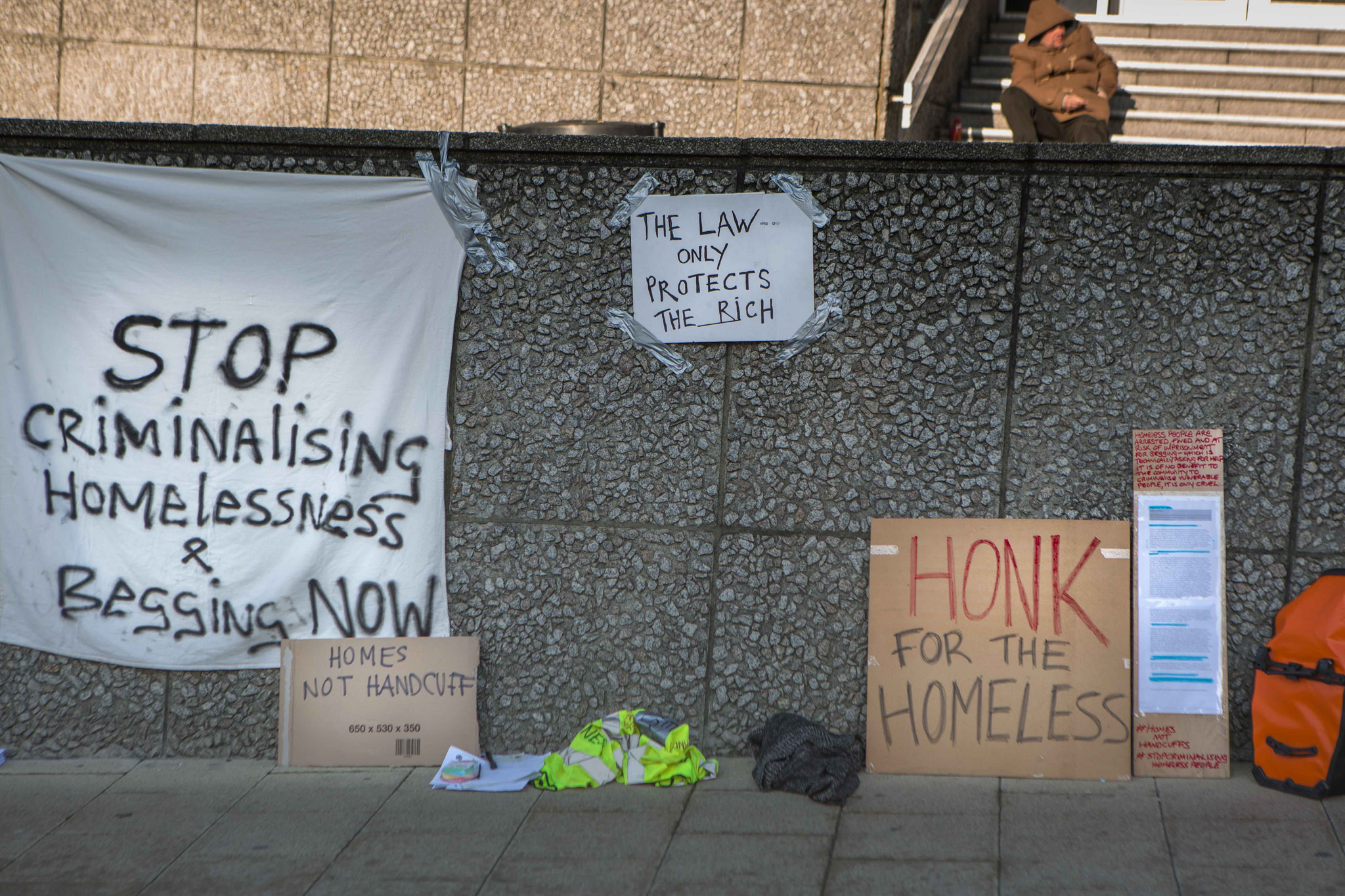 Jim’s frustration at the council’s inability to deliver is evident as he explains the council’s promise of an empty building to use as a night shelter. It took three months for him to receive a list of the available buildings and by December 2017, when the winter had already hit, there was still nothing offered. Jim ended up buying a double decker bus which is now used throughout the winter to offer shelter to rough sleepers. A similar story is told by the Brighton Community Night Shelter in an interview with 1 Brighton FM, and their project is still facing council opposition today.

There is hope however, with new services opening to provide support. Coracle is a 21-bed supported housing project that is receiving joint funding from the council and the private sector. The project has only been open a few months and aims to plug a gap in the homeless support network by providing the next step in the re-housing pathway after emergency accommodation. Most housing projects require guests to move on after 18 months, but Coracle is the first of its kind to allows guests to stay on an ongoing basis.

Access to services is the predominant issue for those on the streets. Many operate by reference only – people need to be from the area and have a local connection – meaning that many rough sleepers are unable to use the services, if they even know about them. The Night Shelter held in the Brighton Centre over the winter works by referral only, which had led to instances where it does not always reach full capacity, even when there is an overwhelming number of people needing shelter.

I am told this by Nisse and Cair who are responsible for Invisible Voices, a creative initiative dedicated to helping vulnerable members of the local community through the written word, photography and art. Their project is displayed in the exhibition space above Cascades Coffee Shop, a recovery cafe where anyone on the streets is welcome to seek refuge. Invisible Voices have published two books about the current homeless crisis and held a photography exhibition at the Brighton Fringe Festival sharing individual stories of homelessness. 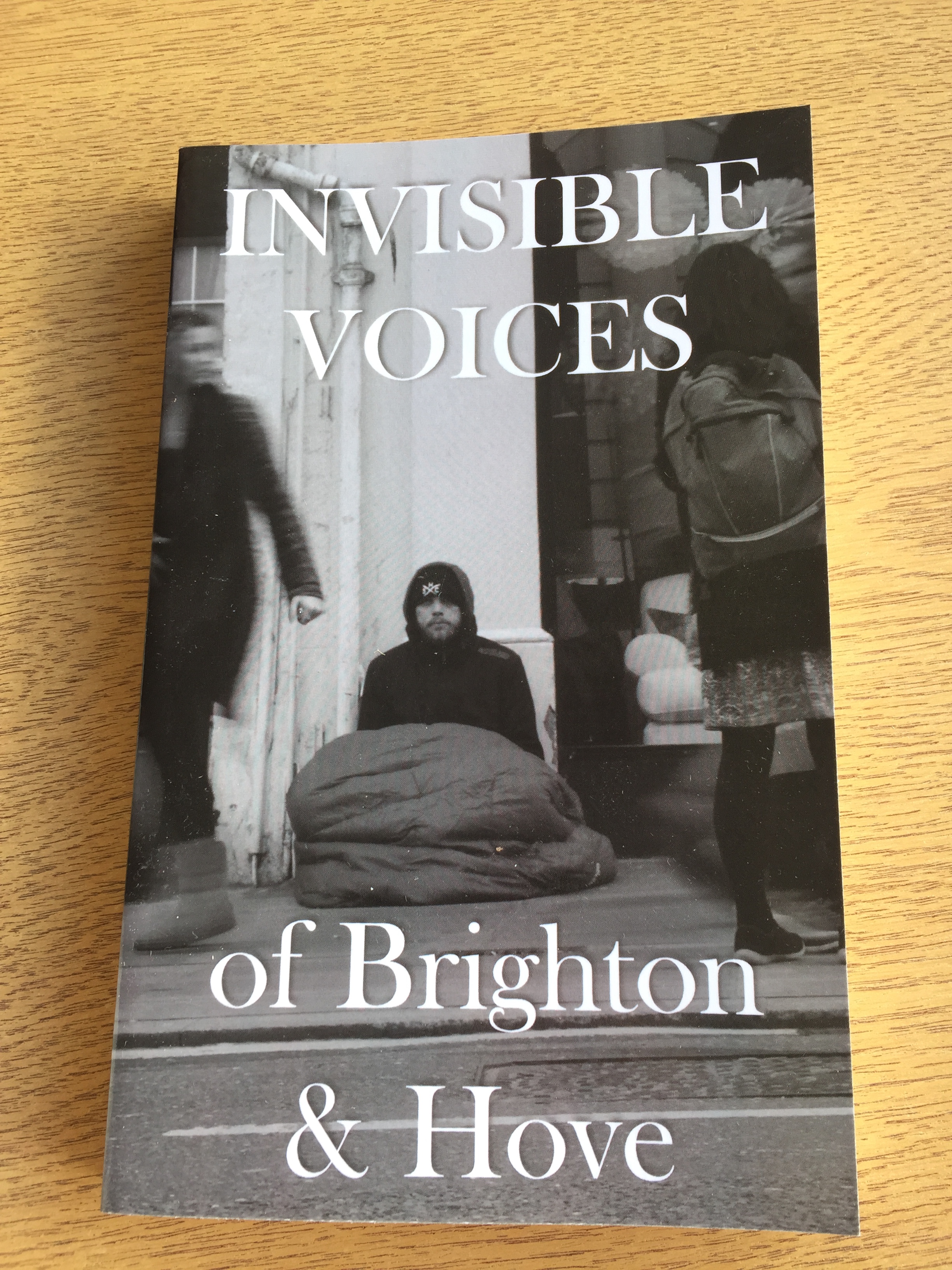 “Everyone is just two paychecks away really, all the safety nets are falling away”

More directly however, these government cuts mean a lack of temporary accommodation, poorer quality housing and also longer waiting lists for support services. “You have to give more than the bare essentials” says Nisse. People may be provided with accommodation but there is a recurrent cycle of people ending up back on the street because of the depressing environment in temporary housing. Providing shelter is simply not enough, many vulnerable people are given no professional support or quality facilities, and can end up alone, away from their support networks.

Cair and Nisse tell me that as a result of local temporary accommodation being at maximum capacity, some people have been offered accommodation in Birmingham and Manchester. This situation can be extremely hard, especially for those suffering with mental health issues or substance abuse. The prevailing attitude seems geared towards moving the problem out of the area as opposed to resolving it. Without proper support arranged, these people will likely end back up on the streets, just in a different city.

Alongside a lack of housing, there is evidently a shortfall in support services. Mental health issues; relationship breakdown; violence and trauma are just some of the personal reasons that can cause someone to end up homeless. It is these ‘extra’ services which at first sight may not seem directly linked to homelessness but are vital preventative measures. Nisse explains he suffered with Post Traumatic Stress Disorder (PTSD) after his experience with homelessness, demonstrating the need for mental health support as part of the re-housing and recovery process. Simply providing shelter is not enough.

It is clear that the national homelessness crisis stems from an overarching lack of constructional investment and welfare support. Within Brighton, there is plenty of public goodwill towards helping the homeless with many local initiatives and community networks working together. Yet, without a committed government strategy and proactive local councillors that make effective decisions, homelessness is going nowhere. 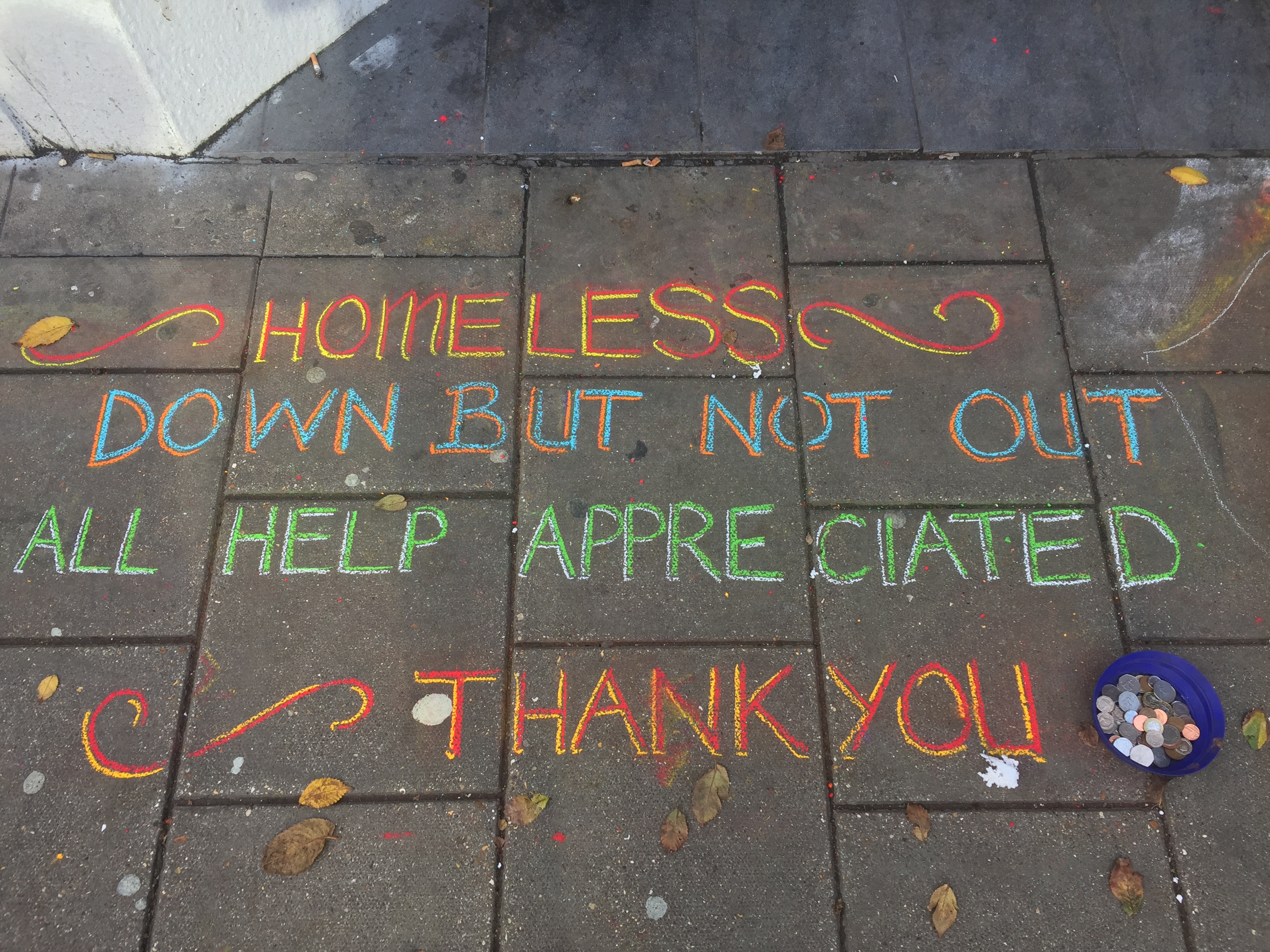 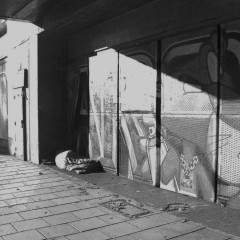 “We’ve got a humanitarian crisis on our hands” - Invisible Voices