A guide to the best shows theatre can offer

It’s hard to explain my love of theatre in so few sentences. The principle of art is to educate and act as a catalyst for change; theatre makes you question your own beliefs, inherent prejudices and serves to inform. This makes theatre perhaps one of the most powerful tools for shaping society. With a focus on modern plays from the 21st century, the shows chosen reflect a wide range of theatrical taste and literary genres but also deal with issues relevant to life today. Many recognisable names such as the Lion King, Phantom of the Opera or one of Shakespeare’s many plays are often named the highest-grossing or longest-running shows of all time. Though their dominance of the leaderboard may be well deserved, this list is based on theatre perhaps lesser known but that has won international awards for theatrical excellence.

The Curious Incident of the Dog in the Night-Time

Based on the novel by Mark Haddon, this play won seven Olivier Awards including Best New Play in 2013 and the Tony Award for Best Play in 2015. It explores the world of a 15-year-old amateur detective with autism spectrum disorder (though this is only ever suggested). A mathematical genius, Christopher sets out to solve the murder of his neighbour’s dog, and along the way discovers other hidden secrets that will change his life.

This play was voted the nation's favourite play in a 2013 survey, with nearly all regions of England voting for Alan Bennett’s play The History Boys. Debuting in 2004, Alan Bennett’s play won multiple awards, including the Laurence Olivier Award for Best New Play in 2005 and the Tony Award for Best Play in 2006. Set in a Sheffield Grammar School in the 1980s, the story following a group of history students preparing for the Oxbridge exams under the tutelage of three very contrasting professors. History Boys has also been made into a film which reached equal levels of critical acclaim, featuring the original cast members.

This anomaly of a play - three hours long with two intervals - attracted much attention in the theatre scene, and the Guardian even went as far as to say that it transformed British theatre. Jez Butterworth’s play reached number six in the survey of the nations favourite plays, voted for primarily by London and the South East. A contemporaneous play of today’s Britain, it pits the idealised notion of British identity against the messy and complex realities of the modern day. The salaciousness of society is highlighted to question notions of nationalism, this play has been heralded as an astute exploration of the country’s identity.

This is Jez Butterworth’s most recent play, debuted in 2017, it is also his second play to feature on this list and won the 2018 Olivier Award for Best New Play. Set in Northern Ireland in 1981, the play follows the family of a former IRA activist. Combining politics and history, The Ferryman delves into The Troubles: the ethno-nationalist conflict that permeated Northern Ireland in the late 20th century.

Though the English bard has not made the list, Shakespeare’s influence is evident but in a quite unexpected way. Executed flawlessly, this play forecasts the ascension of King Charles III after the death of Queen Elizabeth II and set against the phone-hacking scandal that came to light in 2011. Mike Bartlett uses an innovative concept by writing the play’s dialogue in blank verse inspired by the Shakespearean style but in a modern context. It is set in the future and performed as a historical play exploring the role of the monarchy, the media and the freedom of the press.


With so much great theatre, it’s almost impossible to recommend only a select few. For me, any play that teaches you something new, or even makes you spend five minutes thinking about the issues explored within the play, has done its job. At a time when our national identity seems so fragile and is at the core of many socio-political issues, Jerusalem stands out as a vital symbol of warning. If you are to see just one play from this list, make it this one. Breaking every rule in the book, this piece of work is carving out new and original paths in the world of theatre.

Check out this exploration of alternative careers in theatre from Voice Contributor Saskia Calliste. 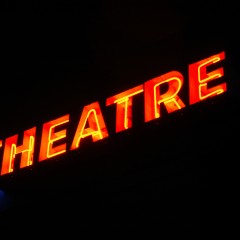 The top five ‘must-see’ plays of the 21st century

A guide to the best shows theatre can offer