This Saturday join #OxjamGlasgowTakeover at the O2 ABC, NICE N SLEAZY and The Variety Bar.

Oxjam Glasgow Takeover Music Festival is one of the largest multi-venue music festivals in Scotland, boasting some of Glasgow's best locations. The organization works in conjunction with Oxfam, helping raise money towards the eradication of world poverty within the next 15 years, and with it being their 10th anniversary, this year's target is a generous £10,000. Wristbands can be purchased on-site and will see you access to all venues, a unique opportunity to expose yourself to the up and coming talent. Local acts such as the eight-piece Edinburgh based Sea Bass Kid will feature at the O2 and funk band SUPA & Da Kryptonites will be playing at McChuills, plus a line-up of equally propitious bands will light up 10 venues across the city. With genres including folk, reggae, boogaloo, blues, indie, rock and techno, it's the diversity of the festival which hosts such an array of multicultural beings. Utilize the event to network with like-minded music enthusiasts, or just enjoy a night out with friends. Running as a success since 2006, the gigs have raised over £2.8 million so far toward ending poverty around the world at over 5,200 takeovers across the UK.

This weekend join Oxjam in Glasgow and support not only a fantastic charity but the 20+ local acts selected to represent the cause. 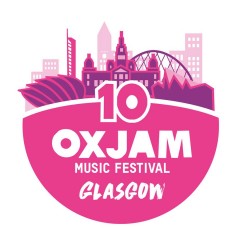