I attended the Youth Voice Census zoom call earlier this week where Youth Employment UK presented the findings from this year's report. The Youth Voice Census 2021 collected data from 3,400 young people aged 14-24 in the UK. The census explored a range of issues such as; education, work, job hunting, the impact of COVID-19 and more.

The census is a whooping 106 page long report - detailing all findings of the research to ensure a better understanding is developed so there can be improvements in the future regarding each of the key findings explored below. This blog post will highlight a few statistics and findings from the report.

The key findings from this research were separated into four groups.

Anxiety/ depression and mental health concerns were in the top five responses for individuals in education, looking for work or in work. Many young people found the level of disruption has been high in their lives since COVID-19 with 66.4% in education and 40.5% in work stating this had negatively impacted their mental health. In addition to this, young people looking for work were impacted a great deal - 56.2% stated their motivation for applying for opportunities had been affected.

Catching up (opportunities young people have missed out on):

The report found that while young people are adaptable and can bounce back from most situations - many felt they had missed out on important opportunities for progression that they don’t feel they would have again.

Both of these statistics are noted to be half of what they had been in previous years. It was stated during the zoom call that while this isn’t surprising due to COVID-19, the results still aren’t acceptable and more needed to be done in regards to this.

No space for young people:

There was an overwhelming amount of young people who didn’t feel that the services offered to them were designed for them and their use.

After the key findings were highlighted and explored we heard from a group of young people who shared their varying experiences throughout the last year and what they felt needed more attention moving forward. This was an interesting experience as there were many conflicting experiences, everyone was very respectful of the others feelings and experiences. It was nice to see individuals come together in this way.

Overall, this census has highlighted areas where young people may have struggled in the last year and some success where the hard work has paid off. However, the majority participants of the census and the individuals who shared their experiences all stated a very similar hope to come from this research: they wanted this to make a difference. All of those who had taken part, created the census, promoted or analysed the research wanted the information shared to make a difference so the same struggles would not be repeated in years to come and so that young people could see that they have a voice and that people are listening.

If you are interested in looking through the data or exploring this further the recording of the zoom session and the census can be found at: 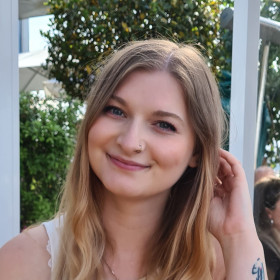 Olivia Wyatt is the business and projects assistant at Voice. She is a recent Education Studies graduate from Manchester Metropolitan University. She loves expanding her knowledge in anything and everything. You can find her reading everything in sight or bending over backwards trying new yoga flows. 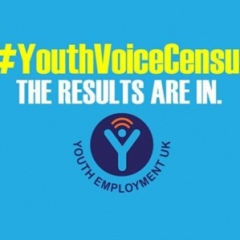 I attended the Youth Voice Census zoom call earlier this week where Youth Employment UK presented the findings from this year's report. The Youth Voice Census 2021 collected data from 3,400 young people aged 14-24 in the UK. The census explored a range of issues such as; education, work, job hunting, the impact of COVID-19 and more. 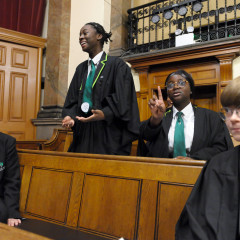 by Kids in Museums