Last week I attended Theatrecraft in London! This is just a quick blog explaining what went on throughout the day and my opinions on it!

Last Friday, I attended my first event since joining the Arts Award activist team. I went along to Theatrecraft in London, a day dedicated to helping people out, whether they're students or not, and giving them information on how they can progress with what they're most interested in. I went along with some other members of the team who I hadn't seen since the start of October, so as well as us going to promote Arts Award and tell everyone how amazing it is, it was also a little catch up session for us!

Throughout the day there were different workshops and talks going on in a separate room, but our home for the day was in the main hall, we had our own little stall set up, surrounded by stalls for different theatre groups, different unions, spotlight and theatre ticket sellers all there to give as much information as they could. As the day went on, we were all allowed to go off and look around each of the stalls, I was able to go and speak to the people at Spotlight about renewing my membership, I was able to ask the people at National Youth Theatre advice about my audition next year and find out more about why it's beneficial to me and I was able to speak to Equity about joining their union. Even though we were there for Arts Award, being able to go off and talk to these people was really beneficial to me, as an actor, because I was able to come away knowing what I needed to do, and hopefully having that bit of extra information to help my career progress. Upstairs, they had a room which had stalls from all the different stage schools across the country, were you could go and talk to them about the course you want to do, learn more about it and see whether it actually is the course for you. I found this particularly beneficial because I'm applying for universities this year, so to be able to talk to these schools face to face about their courses rather than reading about them really helped me decide where I want to apply for and where I'd rather avoid!

Our main aim of the day was to talk to people and encourage them to do Arts Award. When I first arrived and started talking to people, I didn't really know what to say - I knew what I needed to say but I didn't know how to word it in a way that didn't overwhelm the people I was talking to, but as the day went on I got into a routine of how I could give them the information that they needed, in a quick but informative way. By the end of the day, we'd talked to over 100 people between the four of us, so we must have done a good job, right?!

The majority of people that attended the event seemed to be students either in college or university or had just graduated so the diverse amount of stalls really worked - there was something for everyone, from actors to film makers to production management, and for me as a student and an actor it was a really fun way to interact with people you wouldn't usually have the chance to and have your questions answered there and then. I think if we were to do Theatrecraft next year I would definitely attend again and talk to all the other stalls I didn't get a chance to visit. The only thing I would recommend is that they think about doing Theatrecraft outside London. I had to travel from up North to attend the event and I know so many people who would have enjoyed that event but wouldn't have been able to get down to London. So I think if they ran it in Manchester or Liverpool and then somewhere in the Midlands as well they would get a really great response.

Thank you Emrys and the Arts Award team for giving me the opportunity to go! I found it really interesting and it was a great event to have as my first event! 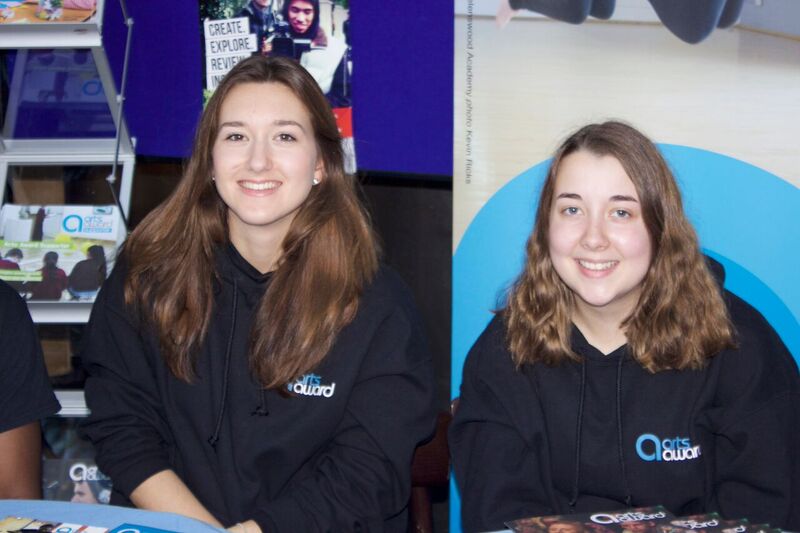 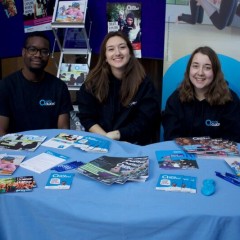 Last week I attended Theatrecraft in London! This is just a quick blog explaining what went on throughout the day and my opinions on it!