On the 25th May, a video emerged of police officer Derek Chauvin in Minneapolis with his knee on the neck of a Black man (George Floyd)  for several minutes. During that time Floyd protested that he couldn’t breathe, and then fell unconscious. After being apprehended, Floyd was taken to hospital where he died of a ‘medical episode’, which many have linked to the brutal use of force against him by Chauvin.

The video triggered outrage on social media. This outrage has since spilt out onto the streets of Minneapolis and across the USA, where days of rioting have taken place. The cause has also been taken up across the world, with many protests also highlighting antiblackness in their own countries. All of this comes in the context of a broader pattern of recorded killings of unarmed Black people, often at the hands of police officers, with perpetrators facing minimal consequences.

There’s a lot to be said about these completely unnecessary deaths. They’re the product of a society which is consistently antiblack, and this sentiment becomes deadliest when it comes to the police, who have frequently terrorised black communities (amongst others) across decades. They’re also a product of a society where the police have been increasingly militarised, as seen in the stark scenes of tanks being used in response to unrest caused by the fatal shooting of Michael Brown (another unarmed Black man) by police officer Darren Wilson.

It would be easy for many to see this as just being an American problem, the product of a unique set of social circumstances that lead to tragedies like this. However, that approach would be naive at best, and we need to recognise the transatlantic parallels when it comes to anti blackness (and other forms of bigotry) present in society.

Similarities can be seen in the United Kingdom, where there have been cases of unarmed Black people being killed by the police. Sharif Cousins, ex-gang member turned youth charity worker, was shot in the chest by West Midlands Police on his way to the shops in July 2017. There’s also the case of Rashan Charles, who died after being restrained by a police officer in East London in July 2017, and whose death triggered protests  – some of which turned violent. Perhaps the most infamous case of this type is the killing of Mark Duggan in 2011, which triggered the London riots. Whilst he possibly had a gun at some point in his encounter with the police, a jury ruled that when he was killed he wasn’t in possession of a gun. Evidently, these happen less frequently than in the USA, given the much less widespread access to guns for police in the UK.

However, an emerging area of concern is the increasing use of tasers by police officers in the UK, which whilst designed to be non-lethal, are still capable of causing death or serious injury. There has been concern that police will continue to disproportionately use stun guns on Black people, who are almost eight times more likely to have a taser used against them than their white counterparts. This was highlighted when video of an incident that took place in May circulated on social media. In this video, Desmond Ziggy Mombeyarara – another unarmed Black man – was tasered by Manchester police after being stopped on suspicion of drunk driving, while his very young son watched and screamed.

Outside of guns and tasers, Black people are starkly over-represented in the prison system and often given worse treatment by the criminal justice system as a whole according to the 2017 Lammy Report.

Beyond the criminal justice system, we can see how the British undervalued the lives of people of colour in the Windrush scandal and the lethargy of the government response, as well as minimal response to the Windrush report’s suggestion that there was possibly institutional racism involved in the scandal. Only 60 out of the thousands of potentially eligible people have received any compensation from the Home Office in regards to the scandal which ruined lives, led to wrongful deportations and has been linked to deaths.

At the same time, the starkly disproportionate death rates amongst BAME people (particularly Black people) in regards to Covid-19 has once again called into question the socio-economic conditions which these communities live in. BAME people are also being disproportionately fined for breaches of lockdown, so even in a pandemic racism persists.

At times like these we have to remember that racism isn’t exclusive to one police officer, or city, or country. Pretending that Britain is somehow exempt from this racism only exacerbates the racialised violences experienced by people of colour, especially Black people, every single day. We have to recognise and combat the cruelties that occur on British soil, or nothing will ever change. 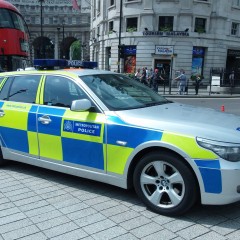 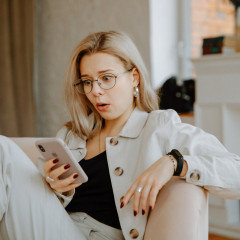