Gigi talks about her years of auditioning for drama school and how her mental health has been impacted. 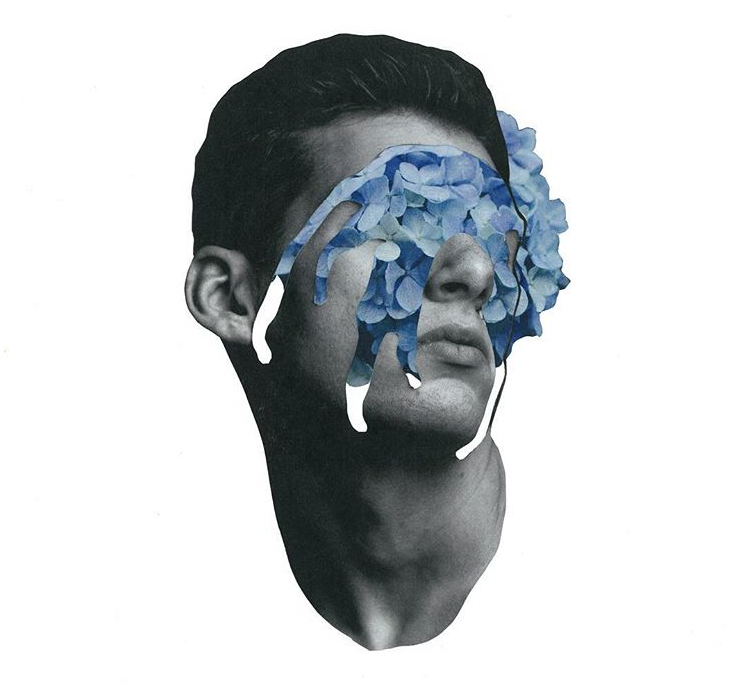 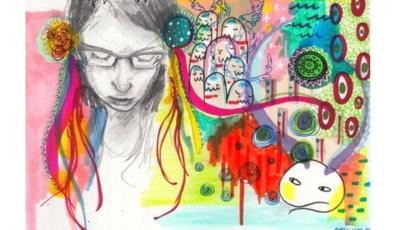 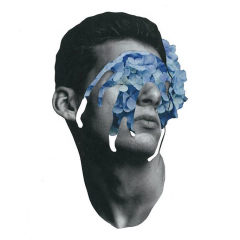 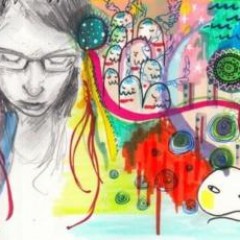 I have always known I wanted to be a creative. An actor. A director. A writer. A creator of work. Performing Arts was the place I was noticed in in school, otherwise I was another brown haired, blue eyed girl in a crowd of thousands that didn't want to be a scientist (boo hoo school get over it).

I first auditioned for drama school in my final year of sixth form college - which like I expected went nowhere. I thought I coped pretty well with rejection, despite it not being what I dreamed of hearing. But during the audition season - around December/January - my drama teacher looked at me differently and said "You're not your usual self, are you?"

I remember telling him I was fine. And I was. I carried on practicing my drama practical exam monologue but I was never happy with my performance. I thought 'if it's not enough for GSA, then it's not going to be good enough for my exam. I'M NOT GOOD ENOUGH. And the more I thought about it, I wasn't fine. I burst into tears right on the spot and had the biggest meltdown my teacher had ever seen.

For auditioning, I was rejected at the first stage - everywhere - except LAMDA who offered me an audition for the foundation which there was no chance in hell I could afford if I even got it. Which was worse in a way. Knowing you're good enough but financially the opportunity is taken away from you. Now, I had no plan for the next year. All my friends were going to mostly Russell Group universities, teachers were saying 'Are you sure you don't want a plan B' and they all had a clear pathway of how they were going to achieve what they wanted. In the arts, it's different. You never know who you will meet and how they will propel you in the completely opposite direction or if you can make a living at all.

It all dawned upon me. I'd never felt more alone.

My first year of auditioning was an extremely low period of my life. Despite great friends, promising mock A Level results, constant theatrical praise from everyone who saw my school's production of 'Chicago' and told me I was a very convincing man and a Distinction in my final LAMDA exam - I didn't feel like I had achieved anything. What did I have to show from spending hundreds of my parents cash-they-didn't-have? What did I have to show to my friends who were going to Warwick for Engineering, Oxford for Biology, UCL for Law and Brighton for Geology? I thought I was 10 steps behind my friends - even though it was a blessing in disguise.

The rejection, yes, made me depressed, low and uncommunicative but by March I had been offered a job for a year in September, I was safe. But I still was nowhere near where I should be mentally. But my drama practical exam rolled around and I made the excruciatingly difficult decision to say to myself that I was going to prove these drama schools wrong. I AM GOOD ENOUGH. Before I felt like I was falling into a fiery pit of emptiness but now I was a firecracker creating a sonic boom across the stage. I did my Mary Stuart monologue the best I'd done it. It got me an A* - I realised, even if the rejection hadn't helped,  it gave me the drive to succeed. The same drama teacher came up to me after the performance looked me up and down and eventually said the words - "And she's back". I cried for the right reasons after that.

After surprisingly good results in summer and a job lined up as a drama teaching assistant in a school in Cambridge, mentally I felt stronger. I had stability. But then the realisation of having to do it all over again brought back horrible feelings, self doubt and anxiety beyond belief.

I am lucky enough to have an incredible boss, an actor himself. He went to Webber Douglas and is as vibrant and theatrical as you can imagine. Like Bruno from Strictly - but everyday....constantly...he never stops, but then those people are the best to surround yourself with. He also gave great tough love. He took the time to look over my monologues (despite me having a phenomenal coach (shoutout to Jen Dewsbury)) and gave me opportunities to teach. The children at the school are brilliant and when I leave I'll be rally sad not to see them growing up every day. I've also been cast in productions. In December 2019, I was in a play of 'Beauty and the Beast' and I'm playing Smiler in 'Chips with Everything' later this year. Without rejection and being the lowest in my whole life - I would never have had the experiences - some good, some bad - I've been able to add to my life bank.

This year, I am auditioning for Bristol Old Vic, Guildhall, LAMDA, Oxford School of Drama, Rose Bruford and RADA.

And I've had some rejections - which I took on the chin - I accepted it was fate, it may have made me feel awful but I had to accept, another school may think I'm ready. Now, I've been offered the foundation at Oxford and a final round at LAMDA and I've still got RB and RADA to go. Taking the foundation would mean, yes, doing this all over again but - it also means another year to grow up, focus on my craft, and know that I am doing something right. Fate will do its work.

Mental health is a factor many don't realise affect young people auditioning. Many think it's like going for a university interview and "you'll find somewhere". But no. It's expensive, emotionally draining but I wouldn't change the industry I want to go in for anything, even a healthier mind. Advice I would give to anyone auditioning for drama school, especially if you're just starting to, is:

1) surround yourself with friends, those in or who want to be in the industry (they understand what you're going through) but also those who aren't (they are great distractions)

2) don't listen to those who tell you that rejection is something you expect as an actor so you should deal with it - my school told this to me constantly. Whilst it is a factor and much more readily given out to creatives, rejection is in every industry be it a funding pitch, job interview rejection. Anyone who tells you not to at least try is wrong and you might regret it.

3) Getting arts experience is incredible. I've had some of the best experiences of my life because I didn't get in.

4) Do not be afraid to talk to people. As someone who bottled their feelings up during the audition process,

We must remember the benefits of the arts in improving mental health but it's a catalyst but a decline too.

Arts and Mental health organisations you may find useful:

Listen to The 98% podcast for some great advice.

Gigi talks about her years of auditioning for drama school and how her mental health has been impacted.