As soon as you think of Clearing, you probably think of failure. You probably think of all the lowest ranking universities, frantically searching for anyone to fill their courses, so that the lecturers have something to do in September. It may even feel like a defeat, or a let-down – or even make you feel that the difference between a ‘B’ and a ‘C’, is the difference between your success and your professional downfall.

After years in education, August translates to one thing - not a wild summer holiday with your friends - but results day. Two (or more) years of hard work, late nights and copious amounts of RedBull, all boils down to that one day. Not getting into your choice university can feel like the end of the world, but it’s not, and neither is going through Clearing.

Clearing is for those who may have fallen shy of what their choice university expected of them. Universities all over England, with spaces on their courses, open their lines to students everywhere to help them get settled in a course that is right for them. Clearing doesn’t mean you have to abandon your dream of becoming a film director, architect, playwright or doctor. It doesn’t mean that for the rest of your academic life you will be known as the person who didn’t get into Bristol, even when your friends did.

When picking your university, we all aim high - and there is no reason why you shouldn’t - but the selection process can be lethal if everyone gets similar grades; like striking a red pen through a child’s homework. It doesn’t help that through the UCAS process, we spend more time on university ranking websites, than we do looking at why the course or university might best suit us. Clearing is that chance to look again. Unless you’re of the Oxbridge variety, it doesn’t matter where you go, as long as you are willing to put your best foot forward and work harder than you’ve ever worked before.

So how does Clearing work? You can go through Clearing via the UCAS website - and we all know how fun it was the first time round - or you can call the university directly and speak to their admissions. During the period between results day and the first week of classes, universities accepting applications through Clearing will advertise relentlessly to let you know that you still have options.

If you’ve already guaranteed your student finance, the university you attend changes nothing. Student finance aren’t fussed about where you end up as long as you graduate and one day earn enough money to pay them back. All it takes is logging onto your SFE account and updating your change of circumstances.

As overwhelming as it feels, the process doesn’t have to be complicated. You can opt for the same course you chose originally, or if that course is full, then you can opt for something with similar features or that has similar career pathways.

I went through Clearing myself and opted for a course at Roehampton University, Creative Writing and Journalism, instead of an English degree. I never considered doing a joint honours because I didn’t know much about it. Now that I’ve graduated, I can’t imagine never having gone there. I fell in love with my course and before the year had even ended, I’d already started to make a dent in the industry – along with some pretty inspiring contacts in my roster.

Sometimes we are so set on thinking that we know what we want that we don’t open ourselves to other options. Not to say that if you know what you want that you shouldn’t go for it, but Clearing is a second chance to reevaluate your original plans and explore others. If you have your heart dead set on attending university this year, there’s no point beating yourself up for not getting the grades you hoped for, instead you take it in your stride and make use of Clearing.

Different universities have so much that makes them unique. From the variety of social clubs they host to the lecturers that become your friends, your university experience trumps any snags you may have hit on the road to getting there. It earmarks the start of your professional development, coming into your own and some really great nights out with equally great people. Once you’re there, and graduation creeps up on you after what feels like only a few months, that moment of doubt you had about going through Clearing will be as insignificant as your first fresher’s hangover. Whether you end up at university ten minutes from your house, or the other side of the country, know that Clearing is not the end of the world, but in fact, the start. 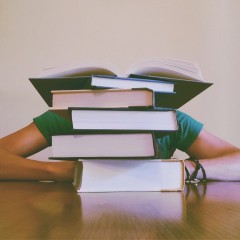 Clearing: why it's not the end of the world