Voice MagBlogsThe Dark Side of LGB…

Whilst Pride season is all fun and games, it creates a mask that hides the issues that exist within the LGBTQ+ community.

Don’t get me wrong - every community has their issues. We’re human beings! We’re bound to cause arguments and dislike one another regardless of who we are. However, there's something about Pride season that really bothers me, in which it tends to hide common issues within the LGBT community. You don’t honestly think we’re all Madonna-loving happy-jolly people smothered in rainbows all the time, do you? (You should check out my music taste, just to prove a point.)

Before I begin, a lot of this content is from my perspective as a gay man, so these issues may not apply to you, neither am I stating that every LGBTQ+ person has the same experience. Feel free to give your opinions or experiences as well - I am an open book, and I want to keep offensiveness and hatred at level zero.

If you’re a sex-loving nymphomaniac who’s happy to sleep with whoever and whatever, you’re in luck! But, for most of us who genuinely want to find someone to date, the frustration and struggle is unreal. I’m sure this goes the same way for people who are non-LGBT, but it seems like whenever we try to find someone to share our lives with, the other person seems more interested in finding out what your genitals look like.

‘Dating’ apps like Grindr or Tinder definitely don’t help the situation either; in fact, Grindr tends to promote promiscuous sex within its marketing - by visiting their website, you’re instantly bombarded with images of two shirtless men getting comfortable (non-explicitly, of course.) Even by viewing someone’s profile within the app itself, you can ‘tap’ them with a “Hi”, “Hot” or a “Looking” symbol. I’m sure I don’t need to explain the latter.

Sex is an amazing thing, I know. It’s one of the most expressive ways to get to know another person, and when done right (and carefully) it can be a great experience. What I’m saying is that there's more to life than just sex, yet a lot of people see the LGBT scene as a one massive free-for-all. It can be incredibly depressing when no-one wants you for you, e.g. if you’re not looking for ‘fun’, you either get ignored or blocked altogether on apps.

I’m sure A LOT of people of colour can relate to this. There seems a lot of judgement on a person’s race than I have seen anyway else. The phrase “No blacks, no asians” is sadly repeated throughout on certain profiles, often followed by the excuse of “Oh I’m not racist, it’s just a preference”. Sure Jan.

Of course, there’s the opposite problem of people of colour being viewed as a sexual fantasy, rather than seen as a human being. For example, Asians are seen as small, cute and submissive, whilst Black males are seen as dominant and masculine with larger genitals, especially when it comes to explicit pornography. It’s another reason why people feel unwanted and discriminated against; we don’t conform to their ideal image of a partner, we are shunned away.

Racist stereotypes like these are damaging for young people starting out in the community; why the hell are we encouraging them?

As a gay man, I’ve seen marketing campaigns over-use images of hot, muscular, bearded and shirtless young men with smokey facial expressions. Surely, when you come out, you get away from all the photo-shopped imagery of the modern world, right? NOPE.

For some reason, a lot of gay men still cling on to society’s perception of masculinity, with many dating app profiles stating “masc for masc” or “no femmes”, often both. We disregard people who are seen as “camp” or more effeminate than the usual typical male, because they make us uncomfortable. By shaming the femininity of men, it comes across as sexist - it’s OK for a woman to act like that, but not a man. Is that fair?

LGBTQ+ is all about expressing oneself without judgement or fear. Yet here we are, judging people who grow their hair longer/shorter than usual, or men who wear make-up and act more feminine, or treat drag queens/kings like they are freaks.

It’s nice that in every community, we all find people like us that we get along with and form our own group. It’s what makes our community unique, as we seem to have grown many different subcultures to give everybody a place. But, seriously, WHY ARE THERE SO MANY LABELS?!

Some people don’t mind having the odd label to identify with as it gives them a sense of belonging. What happens, then, if I don’t conform to any of these labels then? Where does an autistic, hardcore-punk loving, slightly porky 21-year-old alternative hipster person fit in? Am I an outcast? Or am I being too cynical?

Ranging from drug-fuelled chem sex parties to something as simple as unprotected sex - it seems that when it comes to sex, people become incredibly irresponsible. This is what gives the community a really bad name.

One of the reasons why this problem exists is mostly due to a lack of education.

My sex education wasn’t exactly helpful, as what I learned was how babies are made, contraception, growing up physically and that gay people exist.

Great, they exist, but how was I supposed to deal with these feelings? Did I need to know about the sexual side of things? Where could I go to talk to someone? All of these questions are so common, it’s no wonder that gay men often find unhealthy alternatives to deal with their sexuality.

OK, everyone has their fetishes and kinks, but how far do they need to go? There have been stories about young gay men getting diagnosed with HIV, Hepatitis and other STDs after chem sex parties, yet they continued to attend them. Linking in with the frustrating hook-up culture, there are people out there who will spread their diseases to those who are innocently looking for a romantic relationship. Only instead they get a life-changing and embarrassing diagnosis of an incurable STD. The worst part is that it only takes one encounter.

The promiscuous side of our culture, whether these people care about the consequences or not, is one of the reasons why the AIDS outbreak of the late 1980s and early 1990s became so destructive. It almost cost the community, and took so many lives in the process.

Do you, reader, really want to contribute to this? Sex is great, but there comes a limit.

Know your limits, and for goodness sake use a condom.

This is quite difficult to write about.

When I came out as gay in late 2014, I really thought my life was going to change for the better in an instant. More friends, more social skills, being myself at last, and being an overall happy person. Coming out is supposed to be the best thing ever for a person stuck in the closet, right? Honestly, I feel like I lied to myself.

Isolation is one of the most painful feelings a human can feel, because once it arrives it lingers like a bad smell. You could be surrounded by your family and friends, yet you can still be incredibly alone at the same time. If you ignore it for long enough, it can lead to a mental breakdown.

I read an article which explains that, even after coming out, gay men can still feel just as isolated as when they were in the closet. It was a very revealing article, as I read some things that I related to, things that I never even thought was a problem previously - for example, the promiscuous nature of the community can very easily linked to loneliness and desperately finding a connection with someone. I hate to admit it, but I have also been reckless.

At first, it was an easy way of meeting other gays and finding some sort of connection out of it. Then it just became a bad habit. I can’t exactly find a LGBT social club where I live, as everything is usually no less than 15 miles away and I can’t drive. So it felt like I had no choice but to use Grindr to talk to guys. Trouble is, I very quickly became caught in a negative cycle of sex, blocking people and being blocked, deleting the app, and then returning to it like some sort of addiction.

Don’t worry, I don’t have a sex addiction, but I was caught in a cycle. Eventually, I had to take a long hard look at myself in the mirror; I was becoming a person that had no self-respect or any other respect for other gay men I met through Grindr, all because I was lonely and wanted to get other guys to like me in the first place.

Whilst I’ve not been depressed, I still feel alone, just like everyone else. Being both autistic and gay isn’t always a good mix. I don’t understand people enough in general, and I can’t always interpret when someone likes me or just my body. I’ve learned a few lessons since about self-respect and being careful when it comes to sex, but sadly there are other guys out there who are still being dangerous to everyone and themselves.

There is a lot of work to do to sort our community out, and it needs to start by making people aware of their community and their issues. Pride is an amazing time of the year for people to celebrate themselves and their identity, but we now need to use it as a means to fix our problems, not to ignore them.

Have I missed anything out? Let me know in the comments! 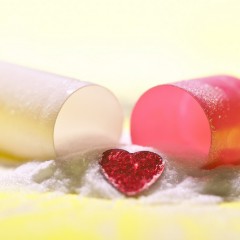 The Dark Side of LGBT

Whilst Pride season is all fun and games, it creates a mask that hides the issues that exist within the LGBTQ+ community.