So I get that not every person is geared up for high-pressure academia or committed relationships. But this year, more people applied to Love Island than they did to Oxbridge. You know, internationally renowned education versus the pornographic discriminatory show. Yeah, that one.

Love Island is ITV’s reality dating show, pairing up singles during a five-week retreat on Fiji. Presented by Caroline Flack, couples date, have sex, break up. And somehow try and find true love along the way. A winner is determined after several rounds of knock-outs which are determined by who gets dumped.

The show feeds the toxic culture of self-obsession. Contestants judge one another on physical appearances and they are all, of course, selected to be hot and sexy. The girls: curvaceous, bleached hair, and more fake tan than brain cells. The boys: abs, tattoos, and fewer morals than swimming trunks. Date after date esculates to televised sex, after the couples having known each other only a couple of weeks… at most.

ITV are advocating physical appearances over meaning in relationships. They’re making it acceptable to have sex within days of knowing someone, and also televise it. Just showing couples having fun, without even the slightest mention of the risks and responsibilities – did no one else see the recent BBC article on staggering STD statistics?

Right now in our society, the spiralling pattern of teenage mental health is largely down to the impact of social media on the mindset of young people - Love Island’s target audience. Even the show’s contestants might be able to dot-to-dot cause and effect. The men and women shown on Love Island are valued for their bodies. When you watch this, you’re saying it’s okay for women to be objectified and judged for their bodies. Empowerment, they said. It’ll work, they said. Similarly for men: suicide is the biggest killer of young men in this country. If we are trivialising the body image pressure that men undergo, we’re saying it’s okay for these suicide rates to continue.

If you still think Love Island promotes liberal bodily freedom by advocating sex for the sake of shocking audiences, then listen to the reaction from ITV producers to the rumours of LGBTQ+ contestants. They have “no plans” for same-sex participants, saying “they don’t think gay contestants will work”. Huh.

The last facet to explore is the focus Love Island puts on partners. Whether that’s sexual partners or the life partners that the contestants claim they’re looking to find, I think this is problematic. Again a liberal culture might advocate individualism, and the idea we’re self-sufficient without a man/woman by our sides for support. Love Island goes against this and promotes the desperate need of these contestants to find either a sexual partner or someone to date. 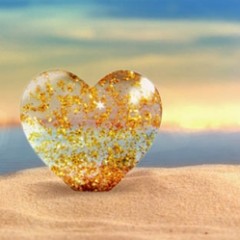 Why Love Island is the worst programme on TV