My opinion on the current state of Hip Hop today.

I'm not sure where I currently stand with Hip Hop. It has certainly served me well over the years, and from as early as I can possibly remember, I have always loved it. This has not changed, however I'd say that there are some flaws in modern Hip Hop that can't be ignored.

I'm not somebody who simply hates anything modern. I am a strong believer that you can enjoy great music of the past as well as the present. However, this does not mean that I will ignore what I believe to be a fault in a genre that I love. I believe there to be many positives about the music of today, but nothing's perfect in this world.

Hip Hop has developed dramatically over the course of my life. I was born in 1998, when artists such as LL Cool J and DMX were still in their prime. Of course, I was too young to fully enjoy their music but I certainly did so as I grew older. When I was old enough to really understand music, rappers such as 50 Cent and Eminem were some of the top dogs in the industry. I can remember listening to them much more, which was clearly due to the fact that most of my friends listened to them and their songs were so popular worldwide.

As a young child, I would class whatever sounded good to me as good music. All I needed was a good beat, and probably a cool music video. However, when I began to grow into my early teen years, I started to examine the lyrics in addition to the beat and music video. All of a sudden, good lyrics would contribute to what made a song good to me. The definition of 'good' lyrics would apply to everybody slightly differently. I personally loved hearing lyrics that I could relate to. I'd love hearing songs that sounded as if they were written for me. When I started to examine lyrics in this way, it changed my whole outlook on music.

Now, let's fast forward all the way to 2015. Music has obviously changed. But Hip Hop in particular has changed dramatically. In fact, Hip Hop has developed a completely new sub genre called Trap Music. Some people love the direction that Hip Hop has taken, whilst others hate it. I'm somewhere in the middle, so let me explain.

Trap isn't the only type of Hip Hop around. There are still many artists who I believe to be keeping the genre alive such as Kendrick Lamar, J Cole and Drake. Whilst these artists may mention things that I cannot relate to at times, they do release records that an average joe can find a bit of themselves in. Whether that be about a breakup, school/college or general social issues. Of course, I enjoy the sound of the music too, which is a bonus.

I'd personally like there to be some more artists that I can relate to. That's what I'm trying to get at, and I'm sure there are people who feel the same way. I'd like to hear more rappers focusing on real issues that the average person can relate to, rather than their lavish lifestyle. I have openly admitted that I enjoy sound of some of this music, but can't it be so much better? Imagine an amazing beat combined with good, relatable lyrics. Artist such as Nas and Mos Def are viewed extremely highly in the Hip Hop community due to their ability to produce lyrical perfection. Nas's album 'Ilmatic' has particularly been regarded as a lyrical masterpiece. Not only is his word play incredible in this album, but he actually talks about current issues around the world, as well as his lyrics being relatable. Today, this type of Hip Hop is slowly and sadly disappearing. A few rappers are keeping this type of meaningful rap alive, but quite frankly, more than a few are needed. There are issues that need to be addressed as we speak and in this day and age, music is an amazing way to get through to people and make them think. If more Hip Hop artists like this can come to the forefront, the benefits would be huge for everybody.

That's it really. These kind of lyrics don't seem to be going anywhere for now, and who knows if we can ever get back to the roots of Hip Hop…but at least it's off my chest for now. 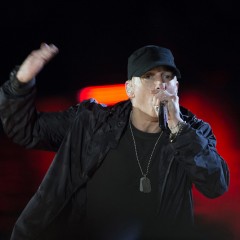 My opinion on the current state of Hip Hop today.