To be considered healthy is to be in good physical and mental condition. So why do we only focus on one half of that equation?

There are so many crucial matters that need to be addressed urgently in the UK, and most of them have absolutely nothing to do with Brexit. While the parties are all focused on promising to negotiate the best possible deal for the UK with the EU - which is, of course, incredibly important - they still all have stances on other issues such as education, mental health, nuclear weapons, renewable energy and the NHS. It's important to remember in this general election that Brexit is not the only thing on the table - whoever comes into power must be able to deal with everything else happening inside our country too.

It's nearly impossible to pick just one area as more important than any of the others, but for me the most important issue in our country today is definitely mental health. Stats show that one in 12 young people are known to self-harm at some point in their lives; considering how many keep it secret, that figure could be much higher. Suicide is the most common cause of death for boys aged 5-19 and the second most common cause of death for girls of the same age. One in four young people will suffer from some sort of mental health issue, including anxiety or depression. These stats are scary, and they're increasing every year.

But what's scarier are the stats regarding treatment. Three in four young people with diagnosable mental health conditions don't get the support they need. The average waiting time for an appointment with CAMHS (Child and Adolescent Mental Health Services) is six months. And only 0.7% of the NHS budget is spent on children's mental health.

These figures are, in my opinion, appalling. Having grown up witnessing my friends and peers struggle with mental health issues, I feel incredibly strongly about the view and treatment of mental health, and believe it should be at the forefront of every party's manifesto. The main parties do indeed have stances on it: the Conservatives promise to bring in 10,000 more mental health specialists and pass the first Mental Health Act in 35 years, while Green and Labour vow to increase spending on mental health provision until it is equal with that for physical health. The Green Party are also committed to introducing a four-day work week to combat stress, and Labour vow to end out-of-area placements by 2019 and stop children being treated in adult wards.

Is any of it enough? Well, while equal funding for mental and physical health would be ideal, we all know the Green Party probably aren't going to win this election. 10,000 more mental health professionals would be a start, at least, but funding needs to increase as well. And most of Labour's promises don't really seem to promise much, sadly. Clearly those of us who recognise and appreciate the growing need for mental health services in this country need to make our voices louder. Mental health is real, and serious, and political parties need to treat it as such. We deserve more. 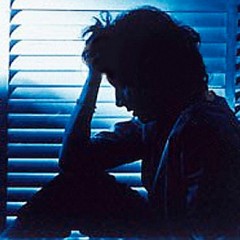 GE17: What’s most important to me in this General Election?

To be considered healthy is to be in good physical and mental condition. So why do we only focus on one half of that equation?